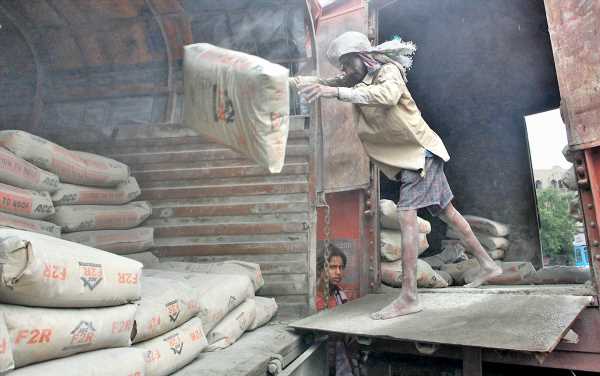 The cement industry continues to present a puzzle to investors.

Five large cement majors with combined market share of about 49 per cent have large capex plans.

This is despite surplus industry capacity over demand and low current utilisation.

This fiscal (FY22-23) has seen a small increase in demand, with further revival likely over Q4, and through FY23-24.

This is due to pre-election construction and likely infra-push in the Union Budget.

Despite a small drop in month-on-month (MoM) prices in December, all-India average cement prices have risen 3 per cent YoY and 2 per cent quarter-on-quarter (QoQ) in Q3, FY22-23.

Most cement firms are expected to hike prices in mid/late January. Costs are still elevated which means lower margins. However fuel costs have stabilised and coal/petcoke prices have also flattened out. Costs may have peaked, or may be close to a peak.

Most analysts expect gradual return of profit margins. Capacity growth may be around 5-6 per cent per annum through FY22-23 to FY24-25.

Further consolidation may occur in the cement industry, especially because mid-sized and small-sized companies with high-cost structures and bloated balance sheets are vulnerable.

This may lead to a churn and near-term challenges and merger rumours could have unpredictable effects on share prices of listed stocks.

The two big gainers in the sector are ACC and Ambuja Cements on the basis of takeover by the Adani group.

Given the situation of continued margin pressure and gradual revival of demand, it’s definitely an industry for cautious investment.

The long-term prospects are good, but only cement companies with strong deleveraged balance sheets and comparative advantages in terms of logistics will do well.

There could be a surge on speculative investment if the Budget holds promise on the demand side.

An end to the Ukraine war would be another positive trigger since it would lead to reduction in fuel costs.