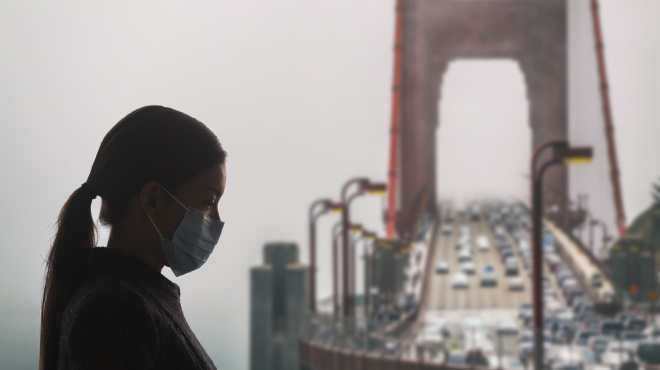 One day after Los Angeles and other California counties announced they would again require masks for everyone in in door public spaces, the count of new cases statewide jumped from 3,611 on Thursday to 4,651 on Friday. The last time the state saw that kind of one-day spike was on March 2, according to state tracking. The last time the number of new daily cases topped 4,600 was on February 22. And testing is much less widespread now, which creates a greater chance of undercount.

A more telling indicator of infection spread are the 7-day test positivity rate and case rate per 100,000, because they tend to be less impacted by testing numbers. Both of those data points were way up on Friday.

On July 4, the 7-day average test positivity rate was 1.8%. It has more than doubled since then to 3.7% on Friday. Likewise, the case rate per 100,000 in CA has jumped from 4.2 on July 4 to 5.4 on Friday. The numbers are worrying not just because they indicate a rapid rise in infections, but also because such a rapid rise is hard to stop once started.

Governor Gavin Newsom, who has been barnstorming the state touting new initiatives as a result of the state’s massive budget surplus, is fond of saying the that California is “roaring back.” Unfortunately, that assessment applies not just to the state’s positive budgetary situation, but also to its Covid-19 infection rates.

Newsom has taken few questions on the subject of Covid in the past week, despite his numerous appearances. When he signed the state budget at a political campaign-style event, he took no questions at all. The governor’s messages on Twitter have not addressed the rapid rise in cases either, but rather implored Californians to “get vaccinated.” Good advice, according to infectious disease experts.

State data indicates that 61% of its population is fully vaccinated. But that number does not include the approximately 1.5 million of California residents who are under the age or 12, and so not eligible for vaccines. Taking that group into account, just 51% of the state is fully vaccinated.

While kids and young adults had been less susceptible to the original variant of the virus, they are now getting sick in greater numbers. According to L.A. County data shared on Thursday, people 18-29 make now up the largest and most rapidly growing cohort of cases. See green line on chart below. 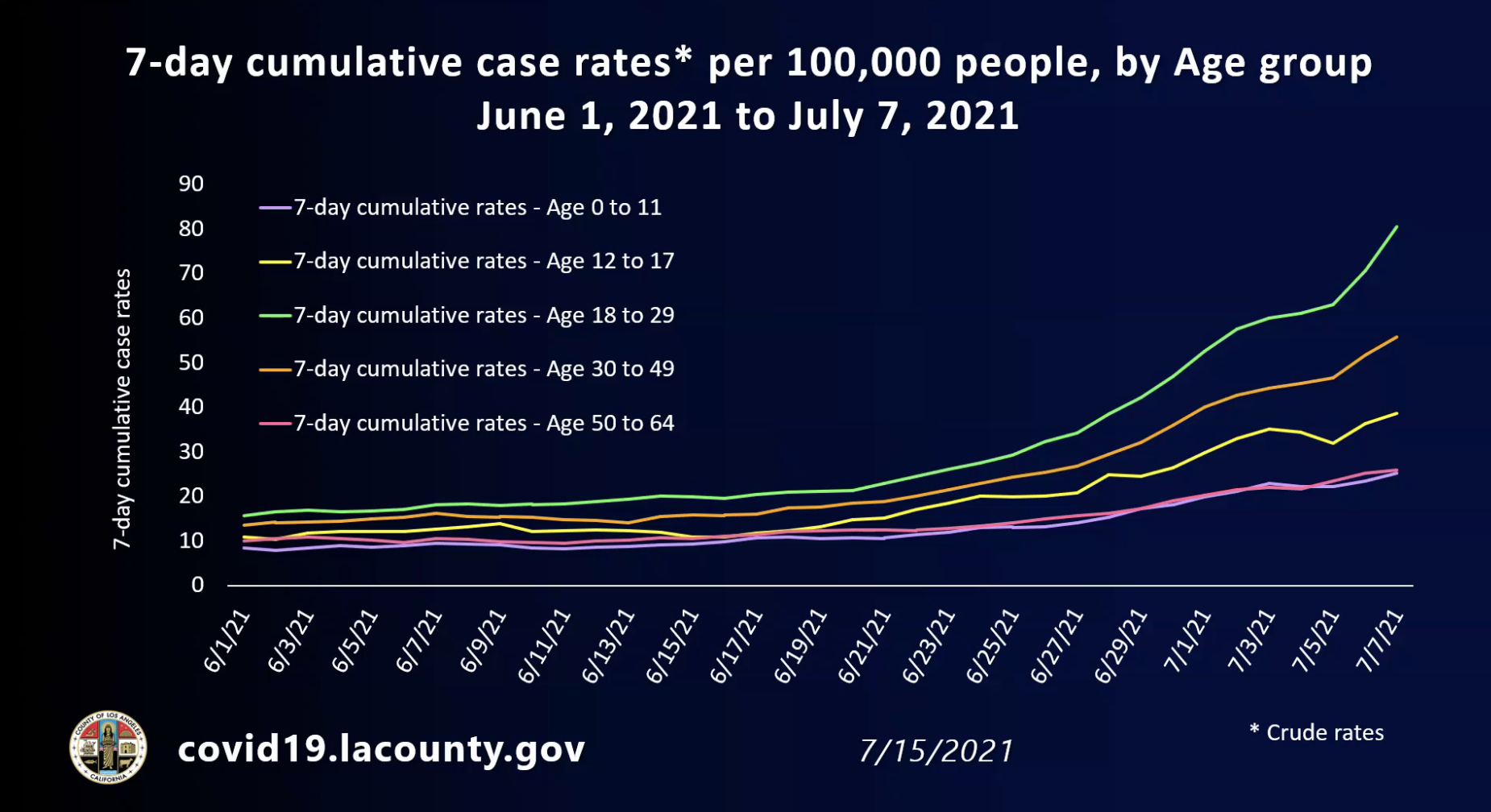 It’s hard to say whether gatherings over the 4th of July weekend are responsible for the surge. Health officials had warned about the possibility and numbers began to rise precipitously shortly thereafter. That time frame is also coincides with a 71% rise in the more infectious Delta variant in the state. It also aligns with the incubation period of the virus after the state’s June 15 reopening. July 4 is a little more than two weeks after June 15, when the state cast off the governor’s Blueprint for a Safer Economy, which had restricted activities according to virus spread.

If that framework were still in place, the state would no longer be in the Yellow, or Minimal, tier, but on the far side of the Orange, or Moderate, tier teetering on the verge of the Red, or Substantial, tier. That’s based on the state’s current case rate of 5.4 per 100,000. The state’s largest city, Los Angeles, announced numbers on Thursday that would qualify it for that Red tier, thus the mask mandate.