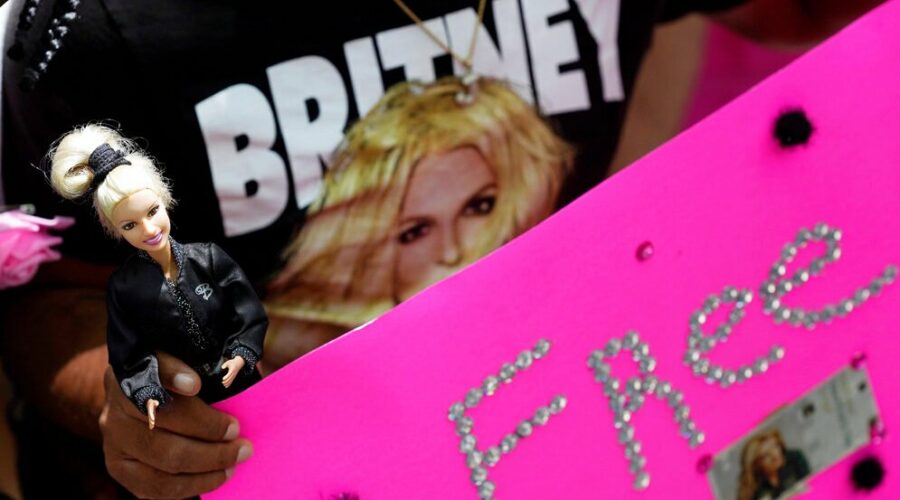 Britney Spears tentatively has a new lawyer, but the controversial conservatorship that controls the former Princess of Pop’s life, career and $50 million fortune won’t be going away anytime soon.

However, the battle lines are even more clearly drawn thanks to a hearing today. Having already stated on June 23 she believed “this conservatorship is abusive” and “I would honestly like to be able to sue my family,” Spears Wednesday remotely told Judge Brenda Penny that she would like to see her estranged father and co-conservator Jamie Spears facing charges.

Coming after the blistering testimony by the ‘Toxic’ singer last month and vital resignations, submissions and battles of new lawyers and pricey security requirements in the last two weeks, the much-anticipated hearing on the restrictive 13-year old arrangement tuned into a multi-ring circus, in and outside Los Angeles Superior Court.

With a number of topics on the agenda for what was originally intended to be a routine accounting update, the most high-profile matter was attorney Matthew Rosengart’s pitch to take over at Spears’ request to be her legal representative.

The media friendly former federal prosecutor has been in talks with Spears since not long after the court-appointed Samuel Ingham III unveiled his desire to exit the post he has held since 2008. With a past client list of Sean Penn and Steven Spielberg, sharp elbowed litigator Rosengart will be charged with fulfilling Spears’ sometimes tearful plea of last month to end the conservatorship

That process that could take months and could be stymied by Jamie Spears, who is already in dust-ups with co-conservator Jodi Montgomery and his ex-wife Lynne.

Unlike in the recent past and with Covid-19 cases rising again in LA County, today’s 1:30 PM PT starting hearing was in a bit of bubble as the pandemic initiated LASC Remote Audio program was suddenly discontinued after Spears’ June 23 testimony was played online in real time.

There were about 30 members of the media allowed in Judge Penny’s courtroom this afternoon, with electronic devices not allowed in any form or fashion. As smartphones were placed in sealed magnetic pouches inside the DTLA courthouse, outside around 100 #FreeBritney chanting supporters and seemingly as many media outlets in the oppressive July sun. In that vein, as more Britney backing rallies took place in NYC, DC and elsewhere across the USA today, a pink backdrop had been erected on the Grand Avenue sidewalk in the City of Angels for interviews between calls of “end the conservatorship now!”

Before the group started marching, speakers at the LA rally were vitriolic in their denunciation of the conservatorship and the man and woman many of them put the blame on. As was evident to the cheers that erupted across the spectrum when scandal ridden Rep. Matt Gaetz (R-FL) took to the microphone and proclaimed “Jamie Spears is a dick!”

Judge Penny was also the object of ire by Britney supporters Wednesday. The judicial official and others were the subject of “lock them up” bellows for the decision to essentially close off proceedings from the public and not end the conservatorship immediately.

Wednesday’s hearing comes one day after the New York Times produced Framing Britney Spears documentary was nominated for a Primetime Emmy Award. The Samantha Stark directed film was fundamental in spotlighting the situation of the once Princess of Pop and her more than a decade long conservatorship in recent months.

Though the hearing inside was potent, the actual docket for the probate matter was quiet today after a flurry of filings in the last few days from conflicting co-conservators and an amicus brief from the ACLU.

14/07/2021 Business Comments Off on Britney Spears Gets New Lawyer, But Battle Over Conservatorship Far From Over
Markets