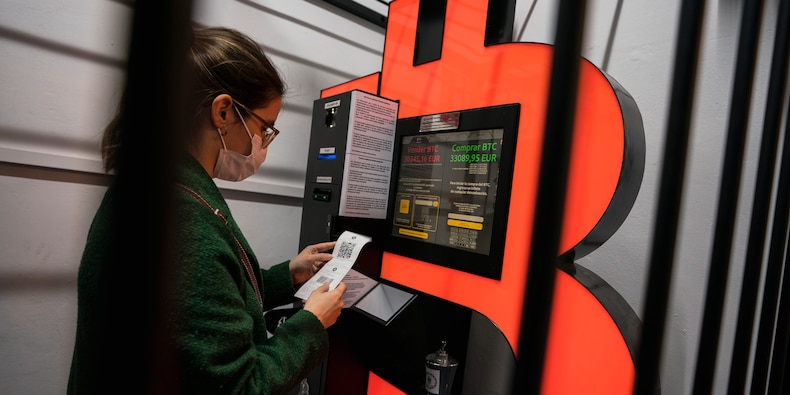 Bitcoin fell as much as 7% from its intraday high on Tuesday after a Reuters report said China is banning financial institutions and payment companies from the cryptocurrency business.

Three Chinese industry bodies released a statement warning investors about the speculative and volatile nature of cryptocurrencies, adding that they "are not supported by real value," according to the report.

"Recently, crypto currency prices have skyrocketed and plummeted, and speculative trading of cryptocurrency has rebounded, seriously infringing on the safety of people's property and disrupting the normal economic and financial order," the statement read.

The statement also said cryptocurrency prices can be easily manipulated, according to the report. China has banned initial coin offerings and crypto exchanges, but does not restrict individuals from holding them.

US companies are pouncing on the opportunity in cryptocurrencies, with Square's CashApp and PayPal's Venmo facilitating the buying and selling of bitcoin. Banks have created trading desks and funds dedicated to bitcoin.

Bitcoin's volatility has been on full display in recent days, as Tesla CEO Elon Musk sparked a near 20% sell-off in the cryptocurrency after the EV company stopped accepting it as a form of payment. Several tweets from Musk also cast doubt on his bullishness on bitcoin, as he questioned its high energy consumption needs.