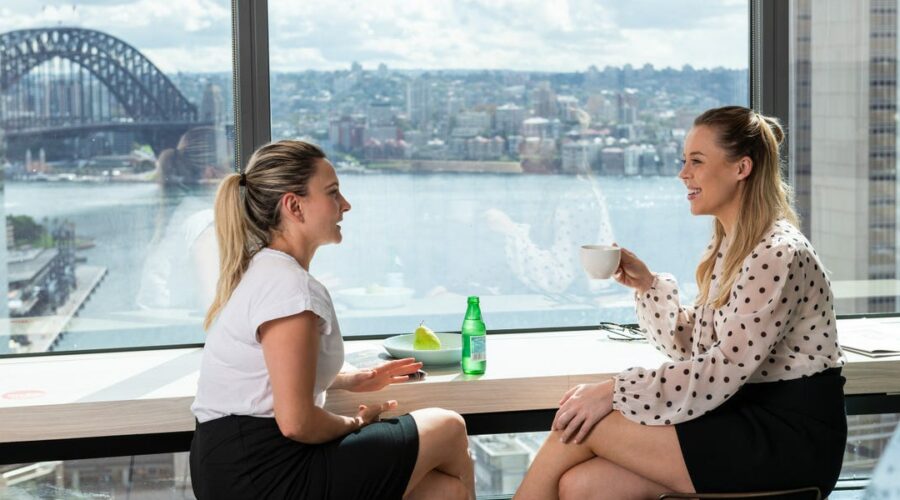 In Sydney, people are commuting daily to high-rise office towers, where they sit close enough to overhear one another’s video calls. After work, some go out to dinner and drinks. Others are attending networking events with hundreds of guests.

And they’re not even wearing masks.

Many Americans facing the specter of a mass return to a physical workplace feel uncertain and anxious. But for a peek at the office of the future, just look at Australia, an island nation that rallied to quash the coronavirus early and had employees back at their desks in October. Office occupancy is now approaching pre-pandemic numbers across the country, according to commercial real-estate giant Cushman & Wakefield; some urban hubs, like Queensland’s trendy Gold Coast and Brisbane, are back to 2019 occupancy rates.

The country closed its borders to foreigners, set up mandatory 14-day quarantines in hotels for returning Australians, and instituted robust contact tracing. It has now averaged less than half a case per million of the population and has had only one death this year. The US has vaccinated a much larger percentage of its population but is still experiencing more than 100 cases per million and more than 200,000 deaths recorded since January 1. 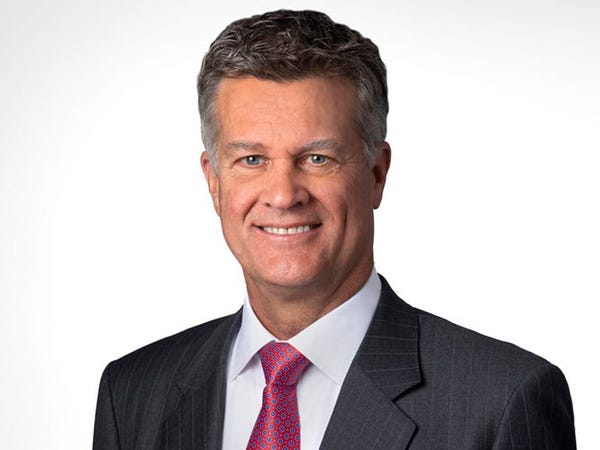 In a case study of post-pandemic life, White and three returning employees described the key differences from the Before Times:

The biggest lesson of all, though, is that the return to work isn’t one-size-fits-all. Workers and experts told Insider that ideal office setups have evolved even since Australians went back to the office and will continue to do so as work patterns and habits change.

“It’s important that organizations understand that it’s not just one strategy set in stone,” Tica Hessing, a human geographer and workplace-strategy manager for Cushman, told Insider. “It’s an experiment.” 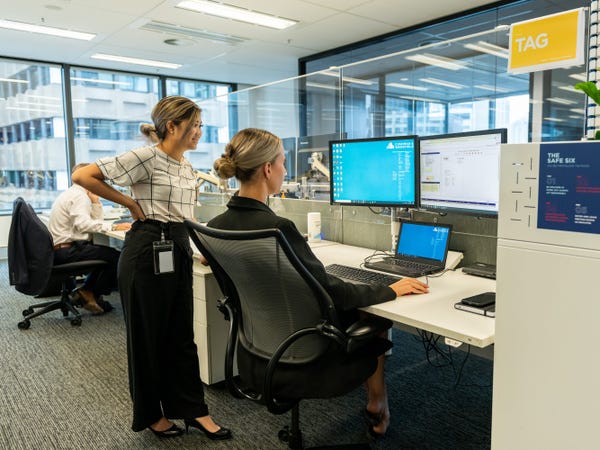 Age also plays a role in employees’ decisions to return. Younger workers gravitated towards the office, with 42% of Gen Z and millennial workers and 46% of Gen X employees in the office three days a week or more. In contrast, 52% of baby boomers didn’t return to work in person at all.

Older employees expressed more caution about virus exposure, White said. He added that younger employees are looking for mentorship, career advancement, and a social life from work, all things that are more easily attained in person, while workers of the older generation, already established in their careers, have less to gain from coming into the office.

Ultimately, White said, each employee can decide on the hybrid schedule that works for them.

Cushman’s head of business development for Asia and the Pacific, Anna Town, manages a remote team. But she comes into the office three to four days a week, she told Insider, because she finds “energy from being face-to-face with people.” On the day she spoke to Insider, she planned to take her team out for dinner in downtown Sydney after working hours. She even went to a networking event for International Women’s Day on March 8 that had 450 people socializing in a ballroom.

“Now I can enjoy the city coming back to life and all of the wonderful things a central business district offers,” Town said.

In the spring of 2020, Cushman launched its “6-feet office” design, which includes desks in an open-floor plan separated by dividers, circles on the floor around desks that indicate each employee’s personal space, and layouts with room for employees to pass one another at a distance.

Much of that preventive scaffolding is gone now. In Cushman’s Sydney offices, employees share meals and coffee together. They sit closely in conference rooms while connecting with remote colleagues over Zoom. People’s desks are still arranged along bench seating, where workstations are only slightly more spaced out than they would have been in 2019. 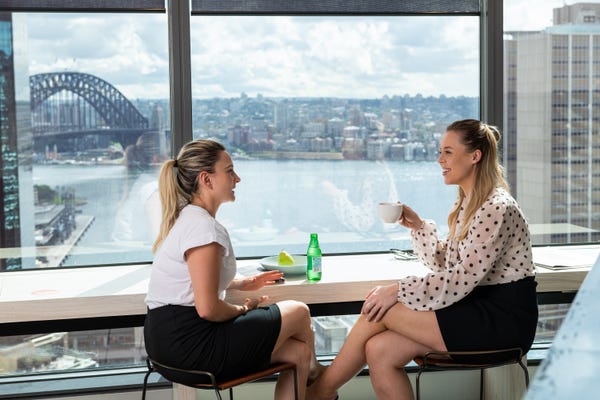 Early in the pandemic, some experts predicted that socially distant designs would radically transform the workplace, and that the enclosed private offices of the “Mad Men” era would return to trump the rows of cubicles with low dividers meant to foster communication that had been in vogue before the pandemic. But the biggest architecture firm in the world, Gensler, found that offices are actually more likely to become more open-plan in order to foster collaborative work that could not be performed remotely.

Indeed, companies looking to lease Sydney office space that isn’t yet built out are designing their new offices with far fewer desks than before, Foweraker told Insider, but many more communal spaces for team meetings that can host both in-person attendees and guests calling in by video conference.

A fear of buses and elevators

One major roadblock to a mass return to work is transportation. The fear of crowds on public transit is fairly widespread, according to Cushman’s data. In Sydney, public transportation numbers in February were down 40% year-over-year, while car usage has increased 20% from before the pandemic.

But people who have swiped their transit cards and hopped onboard find it less daunting than they expected. Hessing, Cushman’s geographer who comes into the office for meetings and collaborative work, has found the buses she takes to and from the Sydney office are largely empty.

The elevator — or “lift” in Australian parlance — is another source of anxiety. Hessing said that on her first day back in the office, she wore gloves to press the button for her floor. But since new research has shown that it is extremely rare for COVID-19 to be transmitted via surfaces, she’s stopped. 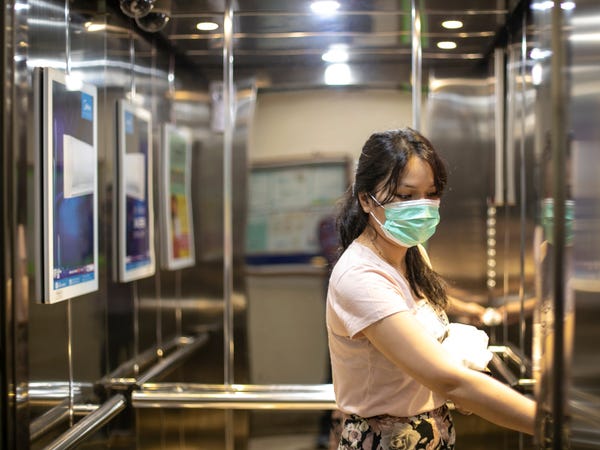 Steele said that elevators were such a concern for CBRE when it first reopened in Sydney that the company built a feature into its internal app for employees to book reservations for rides between floors. But in practice, the firm found, the shared space didn’t present as big an issue as management expected.

In Brisbane, which avoided a second lockdown, occupancy of the Central Business District is more than 60%, roughly equivalent to its 2019 level. Sydney, which hit 50% in March 2021, is more than three-quarters recovered. The task now becomes how to lure even more workers back.

It’s a slow process: Cushman’s leasing inquiries in Australia are actually up 45% from inquiries in the first quarter of 2019. But conversion rates are still quite low, with Australian-based companies only a little more likely to sign than those with US leadership who aren’t yet ready to visualize a full return, Foweraker told Insider.

Carmel Hourigan, CEO of the office division of Australian real-estate investment trust Charter Hall, said on a CBRE podcast that her business has been considering ways to attract folks back to the office with programming and events focused on large shared spaces in the building, like the lobby — the kind of experience that’s impossible to recreate from home.

After a transitional period, more CEOs will expect employees back in person

Some employees won’t have the luxury of incentives and slow transitions. What might end up forcing more people back into the office, White said, are directives from top brass that mandate employees return to in-person work to boost productivity. Leading financial institutions like Blackstone and JPMorgan are already plotting their transitions, and White added that he’s heard from multiple American CEOs who want to see workers at their desks by Labor Day at the latest.

As in the US and much of the world, there is still record sublease vacancy in Australia. Companies that were holding onto extra office space in case they needed it for expansions are now looking to offload it as they figure out the post-pandemic needs of a workforce that doesn’t report to headquarters in person every day.

What makes it even harder to design space for the long term is uncertainty around schedules, office occupancy, and which tasks will take place in the office. Hessing said workers could even choose to toggle between more remote work and more in-person work as their jobs change. Each week might look radically different, so companies ought to keep a close eye on everything from office utilization metrics to employee satisfaction to make sure they’re adequately providing what workers want or need out of an office. 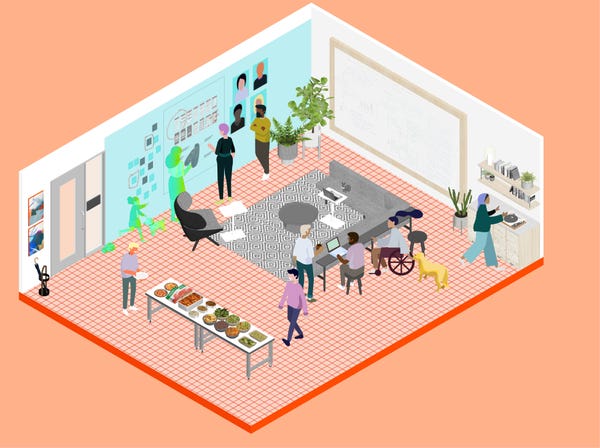 Real estate, though, is a famously slow-moving industry, so companies are just beginning to make more permanent changes to their office layouts.

To help with deciding what to revamp and which amenities are a passing fad, office managers will increasingly rely on technology that monitors space utilization, like reservation systems for conference rooms and shared desks as well as sensors that track which parts of an office get the most foot traffic. This allows them to collect instant information about the success of their office design, being flexible as post-pandemic life settles down and remote work evolves.

Australian companies’ adjustments, though, indicate that the post-pandemic office might not end up looking radically different. It may be smaller, and it may have more conference-room-type areas where in-person and remote workers can communicate freely.

But it’s a far cry from last summer, when many companies were speaking about office design as if the pandemic would be permanent, White said, eliminating areas where people would collaborate or have conversations because it meant they’d be too close together.

“We kept telling our clients, ‘This is going to pass,'” White said.

Now, experts said, it’s those collaborative spaces that will draw people back to work, to experience the camaraderie they miss after more than a year of working from home.

The Australian office evolution shows as much, and America should brace for the same.

12/05/2021 Business Comments Off on Back at work with no masks or social distancing, Australians reveal what it's really like to return to the office
Markets