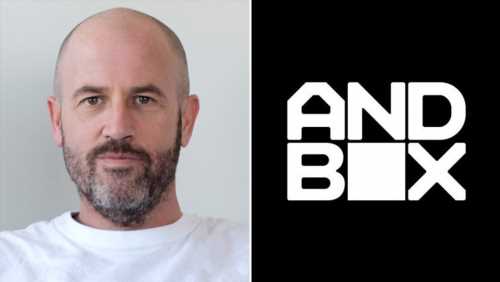 James Frey, the author of mega-selling but controversial memoir A Million Little Pieces, has been named CEO of Andbox, a New York-based esports organization.

Andbox owns and operates the New York Excelsior, the city’s first professional esports team. It also has been involved with integrating, through esports, a number of realms of culture and business, including content creation, high fashion, technology and visual design.

The investors behind Andbox are a well-known and influential group. Among them are Thirty Five Ventures, a partnership between NBA star Kevin Durant and manager Rich Kleiman; actor and producer Michael B. Jordan; former Turner president David Levy; and execs at Warby Parker, Harry’s, GIPHY and Dapper Labs.

Frey was a producer and writer on the film Queen & Slim in 2018. The following year, Momentum Pictures released a film adaptation of A Million Little Pieces starring Aaron Taylor-Johnson, Billy-Bob Thornton and Charlie Hunnam, to modest box office returns.

The 2000s were a period of breakout success for Frey, but also made him infamous in some circles. Oprah Winfrey, who was then hosting her top-rated syndicated daytime TV show, chose A Million Little Pieces for her sales-boosting book club in 2003, only to chastise Frey on air for fabricating portions of the ostensible memoir. Marketing for it and other volumes later shifted its emphasis to fiction, in an effort to appease critics who felt Frey had improperly presented invented episodes as true life stories.

In addition to his own work as an author, Frey founded and ran Full Fathom Five, a YA book packaging firm and producer of film, TV and digital projects.

The move to head up Andbox is not a left turn for Frey. In recent years, he has been global chief content officer for 3BlackDot, a subsidiary of influencer network Webedia. He oversaw the company’s content groups, spanning digital, television/ film, gaming, events, merchandise, publishing and branded content.

“New York is the greatest city in the world, and I’m going to ensure that it will also be home to the world’s greatest esports organization in Andbox,” Frey said in a press release. “Esports has become a massive convergence point for the modern world of culture and entertainment. Andbox is going to put New York at the very center of that new universe with an array of content series, apparel collaborations, and brand partnerships that no other organization will be able to match.”

Frey is the first CEO of Andbox. Putting him in that role “positions us perfectly to grow as an entertainment brand,” co-founder and president Farzam Kamel said. “He is a truly unique talent who will do things that are unprecedented in our industry. That’s what we were looking for in this role, and we couldn’t have found a better fit.”

ABC Says Show Will Have A Host This Year; Glenn Weiss To Direct For Seventh Straight Time