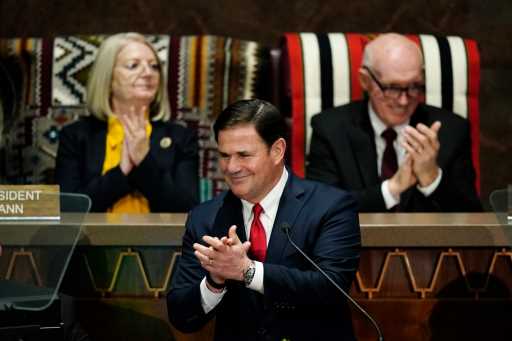 House Bill 2156, which will run through 2043, passed the state’s legislature last month. Gov. Doug Ducey on Wednesday allowed the bill to become law without signing it.

The original language called for $150,000 in annual incentives for feature films, episodic series or commercials in the state. That was reduced after the bill stalled in the state Senate.

Under the new structure, productions that spend up to $10 million can get 15% tax credit, with productions spending $10 million-$35 million eligible for 17.5%. For productions over $35 million, it’s 20%. The law also calls for an additional 2.5% for a production company’s production labor costs related to positions held by Arizona residents.

The new program comes after a previous state program in 2005 lost money in its first year, according to a report in the AZ Mirror. Since then, several states outside California has seen success luring Hollywood productions inside their borders, including Arizona’s neighbor New Mexico, the home of Breaking Bad and Better Call Saul, which currently a $100,000 annual cap. Georgia, New York, New Jersey, Illinois and Louisiana also have programs that top $100,000 in annual incentives.

The Arizona bill included language that the program is designed to “create a competitive motion picture production industry presence and market in this state that will develop a substantial motion picture production industry workforce and encourage major capital investment in qualified production facilities in this state.” It added that, “accordingly, the intent of the legislature is to provide a program that creates long-term economic benefits to this state, including the development of high-paying employment opportunities for residents of this state.”