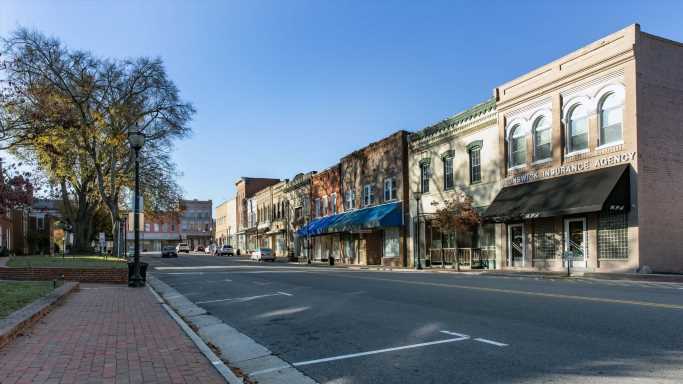 Results from the 2020 census reveal some notable changes to the U.S. population over the last decade. The U.S. population grew by about 7% from 2010 to 2020. Over the same period, major cities such as Dallas, Houston, Phoenix, and San Antonio reported a more than 10% population increase.

Using data from the U.S. Census Bureau’s Population and Housing Unit Estimates Program, 24/7 Wall St. identified America’s fastest shrinking towns. U.S. places are ranked by the percent change in population from 2010 to 2020. We only considered incorporated places with populations between 1,000 and 25,000 on July 1, 2010.

The majority of the fastest shrinking towns are located in the South, including 10 in Mississippi. Economic opportunity is one of the most common reasons people move in the United States, and a lack of jobs in many of the towns on this list may be pushing people away. In most of the 50 fastest shrinking towns, the five-year average unemployment rate is higher than the 5.3% national average. (Here is a look at the states where job openings are disappearing right now.)

For many who are working in these towns, wages appear to be low. Only one town on this list has a higher median household income than the national median of $64,994, and only three have a lower poverty rate than the 12.8% national average.

The towns on this list also tend to have aging populations. In over half of these places, the share of the population who is 65 or older exceeds the 16.0% national share. (Here is a look at the best U.S. cities for retirees.)