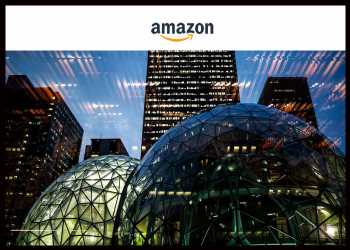 Retail giant Amazon Inc. (AMZN) workers at a warehouse in Southern California recently filed a petition to form a union with the National Labor Relations Board.
The employees at the Moreno Valley warehouse are looking to be represented by the Amazon Labor Union, which is a grassroots group of current and former Amazon workers that successfully formed a union at a Staten Island warehouse, known as JFK8, earlier this year.

If an election is authorized by the National Labor Relations Board at ONT8, this would be the first time Amazon employees in California have held a vote on whether to join a union.

Kayla Blado, a spokesperson for NLRB, confirmed ONT8 organizers have filed a petition with the agency on Tuesday for a proposed unit of 800 workers. Blado said, “The NLRB is waiting for additional paperwork from the union before it can begin to verify that the group has obtained a showing of interest, which would indicate that it’s met the required threshold for employee signatures.”

Amazon spokesperson Paul Flaningan said in a statement that the company hasn’t received “an official copy” of the union petition, and it remains unsure that workers got the correct number of signatures required for an election.

The latest move is one more addition to a recent upswing of labor movements among Amazon workers. The historic vote at Amazon’s JFK8 warehouse kicked off further unionization attempts at other facilities, including at a site near Albany, where workers will vote on Wednesday on whether or not to join the Union or not. The election ends on October 17, and the NLRB will start tallying ballots the following day.

ONT8 is part of the Inland Empire, a region located east of Los Angeles that’s been a major focus of development for Amazon and other e-commerce companies.