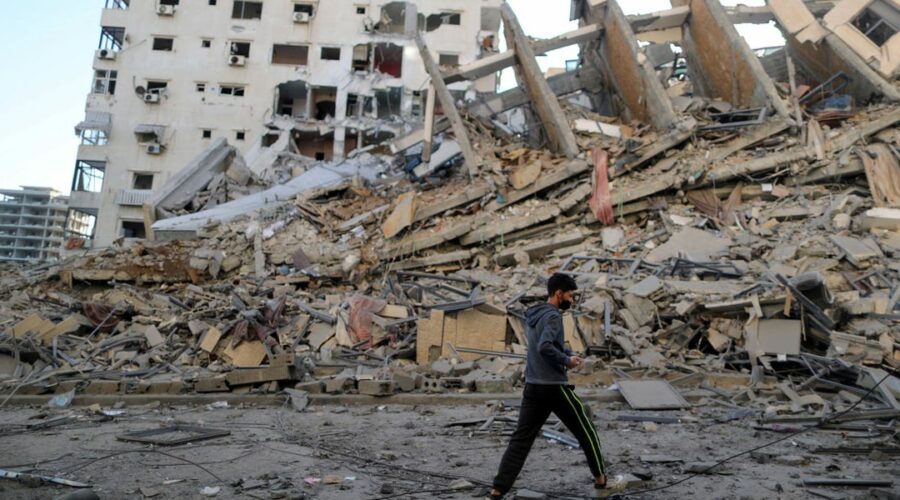 A Hamas commander is among at least 56 people killed by Israeli airstrikes in Gaza as violence between Hamas and Israeli forces continues.

Israel’s Shin Bet security service told Reuters that the commander was a senior member in the Islamist militant group Hamas.

Hamas confirmed the commander’s death to Reuters, and said “other leaders and warriors” had also died.

“Thousands of leaders and soldiers will follow in their footsteps,” Hamas told Reuters.

Six Israelis, including a child, have also been killed by Hamas rocket fire, Haaretz reported.

This is the most severe fighting between Israel and Hamas since the 50-day war in 2014, according to the Associated Press.

The conflict between Israel and Hamas reignited last week amid religious tensions in Jerusalem as confrontations erupted at the Al-Aqsa mosque compound, a holy site in both Islam and Judaism.

Hamas started firing rockets from Gaza on Monday, and airstrikes and rockets from both Hamas and Israel have since escalated.

Qatar, Egypt, and the United Nations are all working toward a cease-fire.