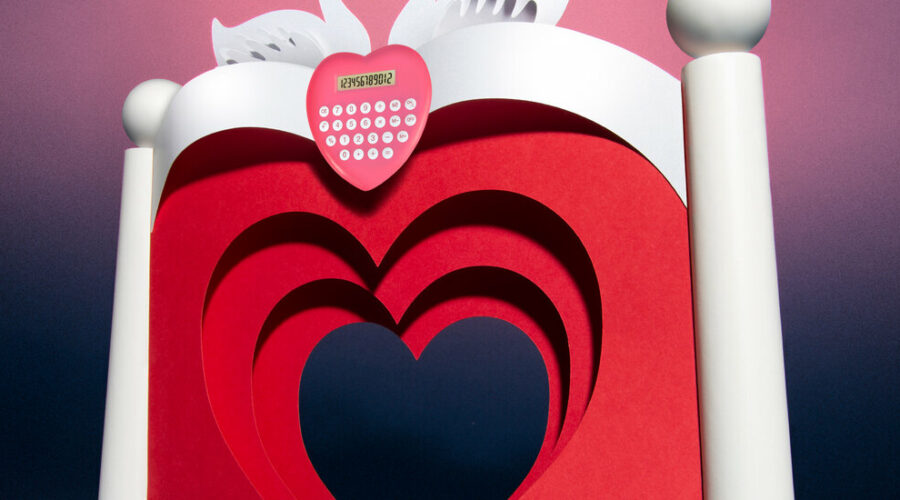 I stopped doing my own taxes the year after I sold my first novel. I had, I still have, a great fear of the Internal Revenue Service as an artist. I know my history — back taxes is how they get you, especially if you’re a Black artist, especially, especially, if you are publicly critical of the project known as the United States. I was terrified of making what felt like even a modicum of gains only to wake up one day with it all gone. It is, perhaps, telling of the lengths of my pessimism that this was my first thought after my agent told me she’d found a publishing house for the book I’d been working on for six years.

That first year, I found a hipster tax firm with a cute name and a slick website, clearly marketed to millennials who believed themselves to be creative. The offices were in an old warehouse with big, glass windows and monster ferns and soft velvet couches. My accountant was a blonde with a spiky haircut and tastefully linear tattoos circling her slim wrists.

While I waited for her to look at my paperwork, all around me were people I half-recognized from readings, coffee shops, dark and musty dance floors. I heard a girl sobbing to another accountant, and when I looked over I realized, with a start, that she was the woman an ex had dated after me — we’d spent a supremely awkward New Year’s Eve weekend in a house in New Orleans, all pretending we were capable of being friends. And here I was, years later, listening to her hyperventilate over a lost 1040.

My tasteful accountant called my name. I sat down and showed her my paperwork, she spoke in hushed tones about my tax bill and I left feeling a little smug and protected. The feeling lasted until four months later, when an $800 tax bill appeared in my mailbox and I cursed that tasteful chimera for leading me astray.

I complained about that bill to anyone who would listen, until my best friend’s roommate said, “Go to my guy. He’s the best.” She had been an artist in New York far longer than I had — 20 years — and she lived the kind of glamorous life of decadence, supported by patched together income sources, that I aspired to. She explained that the accountant she went to specialized in artists — he was, for many years, the chief financial officer of some of the premier Black artistic institutions in New York.

So I took her recommendation and called. And was promptly hung up on. I had to call, I think, four or five times over the course of a week until finally he picked up the phone. He said his name with a crisp authority, in an old school, Black Brooklyn accent. He told me to come to his office in Williamsburg, which was in a new development probably built in the ’90s, in a basement, beside an acupuncturist.

It was the spiritual and aesthetic opposite of the previous tax company I’d gone to. There were no windows, and his office was decorated with hundreds of Barbies, still in their boxes. There was Irish Barbie, Ghanaian Barbie, Cuban Barbie, British Barbie — he had collected all the international ones when they’d come out in the ’90s. I was not prepared for such a glorious representation of the self on his walls — the Barbies were there for his own pleasure, not to signify anything to or about his potential clientele, and certainly not to flatter anyone else’s artistic pretensions.

He had an engulfing, soft leather couch that I sank into when I sat down, and playing from the speakers at every desk was a mix of Fela Kuti and Miriam Makeba. In addition to the dolls lining the wall, every surface was crowded with African masks and carved wooden figurines from West African markets.

Waiting before me was a couple, older — both artists, I came to know, because I could hear their whole tax consultation. The accountant sat before them, a pair of thick black sunglasses over his glasses. I learned later that he wore them to counteract the glare from staring at computer screens all day.

When it was my turn, it was well past 9 p.m. He looked over my papers, all my accounting of trying to make a life out of words. “Hmm,” he said, “hmm.” He told me I would owe a tax bill in the low thousands. I almost blacked out. “But,” he said gently, “that just means you’re successful. You’ve made this much from writing.”

My accountant taught me that even in a life of pursuing art, where uncertainty is built in, some care can be taken to make plans, to plan for success, not just wish to succeed, and in planning offer myself some ballast against nothing at all going according to plan. It’s a difficult lesson to learn — the lives of great artists are riddled with instability. But he also reminds me, every April 15, not to block my blessings, not to decide I already know how my artistic career will end, that life can surprise you with good things as well as bad.

At the end of our first meeting, he said to me, gravely, “You are good at this. You are going to make money as an artist. You need to be ready for it,” and he told me what funds to put money in, which retirement plans to invest in, for the following year. I went back to him a year later, when I was getting married, and he gave me advice for my taxes then. He told me, poignantly, “Don’t get married on Christmas or New Year’s. It will ruin those days for you.”

By then, I had talked to him long enough to know that he had been married and divorced, and that he had seven adult daughters of his own, all trained as accountants — they helped him out during tax season. Sometimes I would call his office after negotiating a contract or finding out about a grant, and I would only get the machine. This was because, he’d explained to me, he took off six months out of the year to travel around West Africa to collect the art that I saw in his office.

The last time I saw him in person was the 2019 tax season. I was five months pregnant, my then-husband had just lost his job, and we were suddenly both living off a research stipend for a fellowship I had. He sat with us and assured us it would be OK. I was stressed about money, stressed about my baby’s future, stressed about how I was going to pay for my looming hospital bills. Talking to him was one of the few times during that turbulent pregnancy when I felt like I was being taken care of by another person, instead of taking care of everyone else — a gift for which I will always be grateful.

Last pandemic’s tax season was pushed back again and again by the catastrophe. I did my taxes in June on the back porch of the house I was living in during quarantine, paying a masked sitter $20 an hour for the privilege of talking to my accountant on the phone without a baby in the background. I realized my relationship with him is the most positive one I’ve ever had with a man over money. As I updated him on my pandemic year — marriage over, job offers gone, quarantining in another state — he only murmured sagely into the phone. He’d seen it all. “But I did what you told me to last year and paid my estimated tax,” I said.

“You listened to me?” he replied, with a fatherly warmth. “Of course,” I said. “None of my clients ever do,” he laughed. And then he said he’d set me up for 2021, because I’d followed his directions. It was one of my proudest moments in the hazy, heady year.

Kaitlyn Greenidge is the author of the forthcoming novel “Libertie” and the features director at Harpers’ Bazaar.