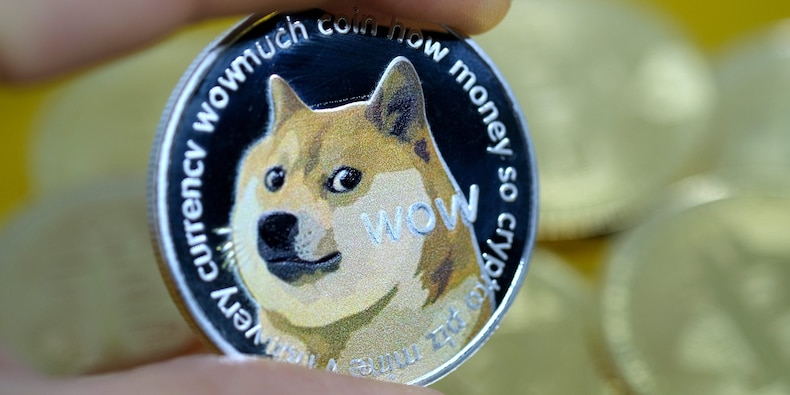 The state AG alleges that Coinseed allocated investors' money into dogecoin without permission.

Per the filing first viewed by Bloomberg, Coinseed on April 16 converted all investor assets into bitcoin "without notice or authorization" and disabled all functionality in the application, so that they will not be able to withdraw their money.

In the evening of the same day, Coinseed traded the bitcoins for dogecoin, described as "an extremely volatile virtual currency" in the filing, and which at that time was experiencing a sharp selloff.

"[The Office of Attorney General] has received dozens of complaints from investors describing that [Coinseed] conducted these unauthorized trades and transferred all investor assets into dogecoin," the filing said.

An example of an investor complaint on April 17 was included. The investor alleged that Coinseed transferred all his cryptocurrency to dogecoin without his permission and blocked his ability to withdraw his money. From a $20,000 balance the night before, he said the transfer to dogecoin immediately dropped his balance to $7,000.

"Unregulated and fraudulent virtual currency trading platforms have no place in New York," the Attorney General said in a statement.

She continued: "Three months ago, we filed this case against Coinseed and its executives alleging that they violated New York state laws and illegally squandered investors' monies. However, in the months since we filed our suit, the greed perpetrated by Coinseed and its CEO has not only continued but grown."

In February, the office of James filed a lawsuit against Coinseed and its two top executives.

At that time, James accused Coinseed of defrauding investors out of more than $1 million via undisclosed fees and through the sale of "worthless" CSD tokens. CSD tokens were Coinseed's own cryptocurrency.

But in the last month, dogecoin has had a stellar performance. It is up more than 70% since the middle of April and is now the fifth-largest cryptocurrency by market capitalization according to CoinGecko. It may also be enjoying institutional backing soon.

Still, James has alleged in her filing that Coinseed has "drained both bank and virtual currency accounts that held investor deposits and moved investor assets overseas."

The AG said that in the nearly three months since James filed her lawsuit, they received over 130 complaints from investors regarding Coinseed's conduct.

The Office has therefore asked the court to issue a temporary restraining order and a preliminary injunction. They have also asked the court to appoint a receiver to oversee all assets in an effort to safeguard investments as the lawsuit proceeds.

Coinseed CEO Delger Davaasambuu, however, told The Block that the complaints were "full of false accusations." The CEO maintained that Coinseed left New York in 2019 and has not accepted any users from New York since 2018.

As the meme cryptocurrency with the Shiba Inu as its mascot skyrocketed an astronomical 10,000% year-to-date, more and more people are jumping in.

A report published by the blockchain intelligence provider TRM Labs on Monday detailed how fraudsters manipulated Musk's dogecoin promotion during his anticipated hosting of the iconic Saturday Night Live Show on May 8 and pocketed dogecoin worth $5 million.