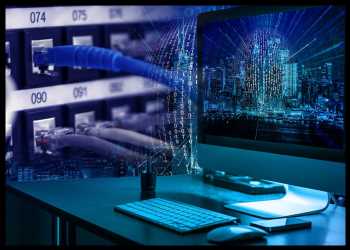 Sixty countries, including the United States and most of the European nations, have signed a global declaration to keep the Internet open, free, and neutral.

The Declaration for the Future of the Internet sets out the vision and principles of a trusted Internet. Partners support a future for the Internet that is open, free, global, interoperable, reliable and secure and affirm their commitment to protecting and respecting human rights online and across the digital world.

Russia, China and India are not among the signatories.

The Declaration for the Future of the Internet was launched Thursday at an event held in Washington, D.C., organized by the White House’s National Security Council.

The partners in the Declaration affirm that the Internet must reinforce core democratic principles, fundamental freedoms and human rights as reflected in the Universal Declaration of Human Rights. They share the belief that the Internet should operate as a single, decentralized network of networks, where digital technologies are used in a trustworthy way, avoiding unfair discrimination between individuals and allowing for contestability of online platforms, and for fair competition among businesses.

In launching this Declaration, the partners also express their strong concerns about the repression of Internet freedoms by some authoritarian governments, the use of digital tools to violate human rights, the growing impact of cyberattacks, the spread of illegal content and disinformation and the excessive concentration of economic power.

They commit to cooperating to address these developments and risks. They also share the vision that digital technologies have the potential to promote connectivity, democracy, peace, the rule of law and sustainable development.

At an event in the summer of 2022, partners will discuss with the multi-stakeholder community how the Declaration and its principles can elevate and support the future of the global Internet. Workshops on this subject will also take place in the next months.

While the Declaration and its guiding principles are not legally binding, it will be used as a reference point for public policy makers, as well as citizens, businesses, and civil society organizations.

The current situation in Ukraine dramatically demonstrates the risk of severe disruption of the Internet, notably in the form of total or partial shutdowns, the European Commission said in a statement.

There is also a risk of fragmentation of the Internet, as the Russian government has been threatening to disconnect partially or totally from the global Internet, as well as of being misused, as there is currently a surge in cyberattacks, online censorship and disinformation, it added.

29/04/2022 Business Comments Off on 60 Countries Including US, EU Sign Declaration For The Future Of Internet
Markets