Bitcoin (BTC) is staging a repeat of price action from May with its latest drop, the latest data shows.

As the dust settles on a 6% comedown for BTC/USD, analysis argues that its trip to $25,000 was never meant to last.

Realized price comes back to haunt the BTC chart

After taking some by surprise with its magnitude, the latest snap losses for BTC price action are still playing out.

After falling from $23,800 to as low as $21,400 in a single hour, the largest cryptocurrency is now attempting to establish support near its realized price.

At just below $22,000, realized price refers to the sum total at which the entire BTC supply last moved.

The setup will be more than familiar to many market participants, as realized price formed an initial support line during Bitcoin’s descent in May, immediately following the Terra LUNA blowout. 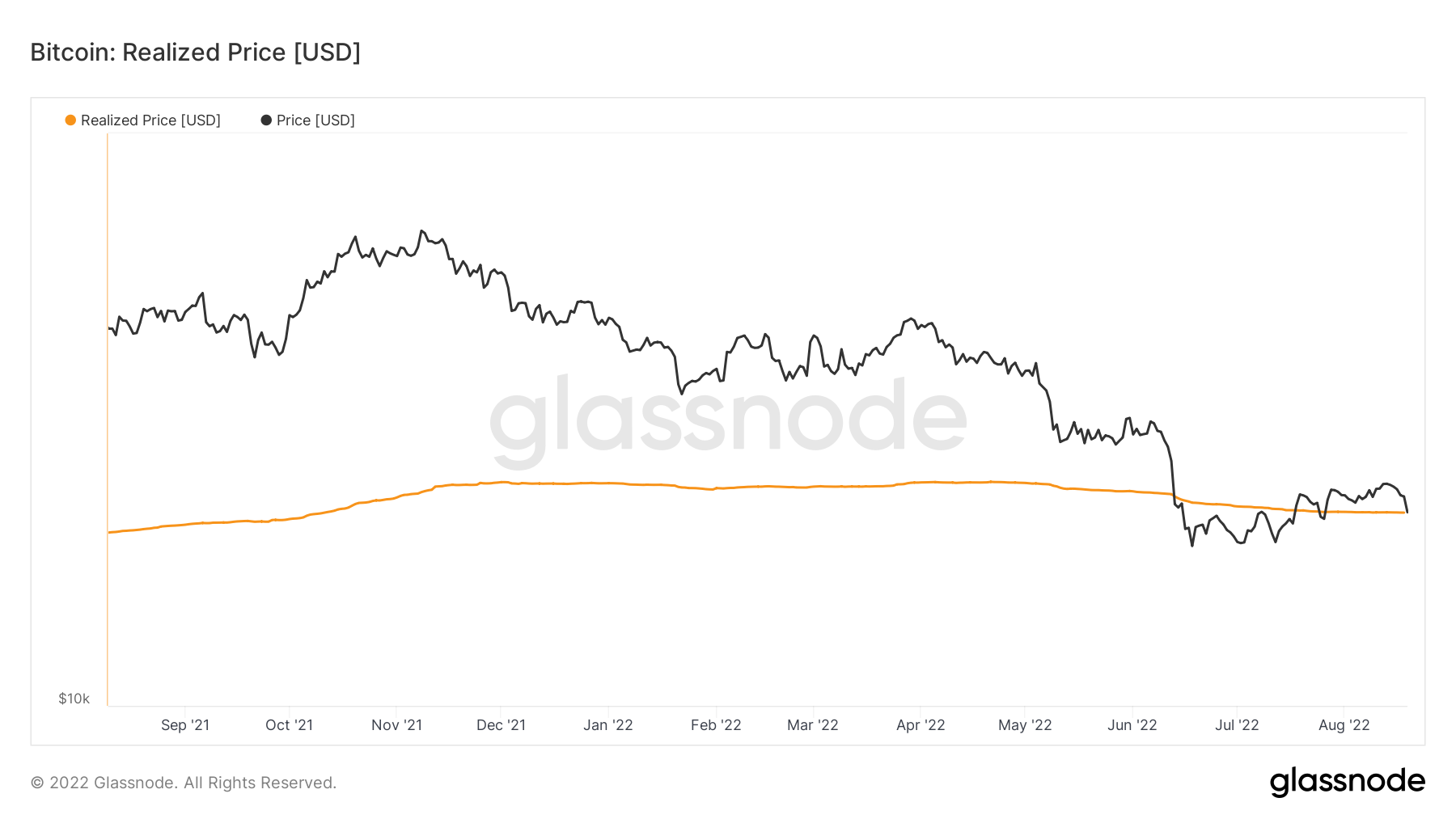 With history rhyming — at least on the chart — it remains to be seen whether other recent points of interest will continue to play their role.

Among them is the 200-week moving average (MA), a hard-won support level in July now seemingly lost in one fell swoop.

A look at network activity growth during the August run to over $25,000 meanwhile produced bearish conclusions for analyst Philip Swift.

In a fresh tweet on the day, the creator of analytics resource Look Into Bitcoin noted that address growth had not matched similar price appreciation phases this time around.

“AASI (Active Address Sentiment Indicator) has been indicating that the current price move has not been supported by a sufficient increase in active addresses on the Bitcoin network,” he summarized.

“Experienced local highs when this has happened previously.” 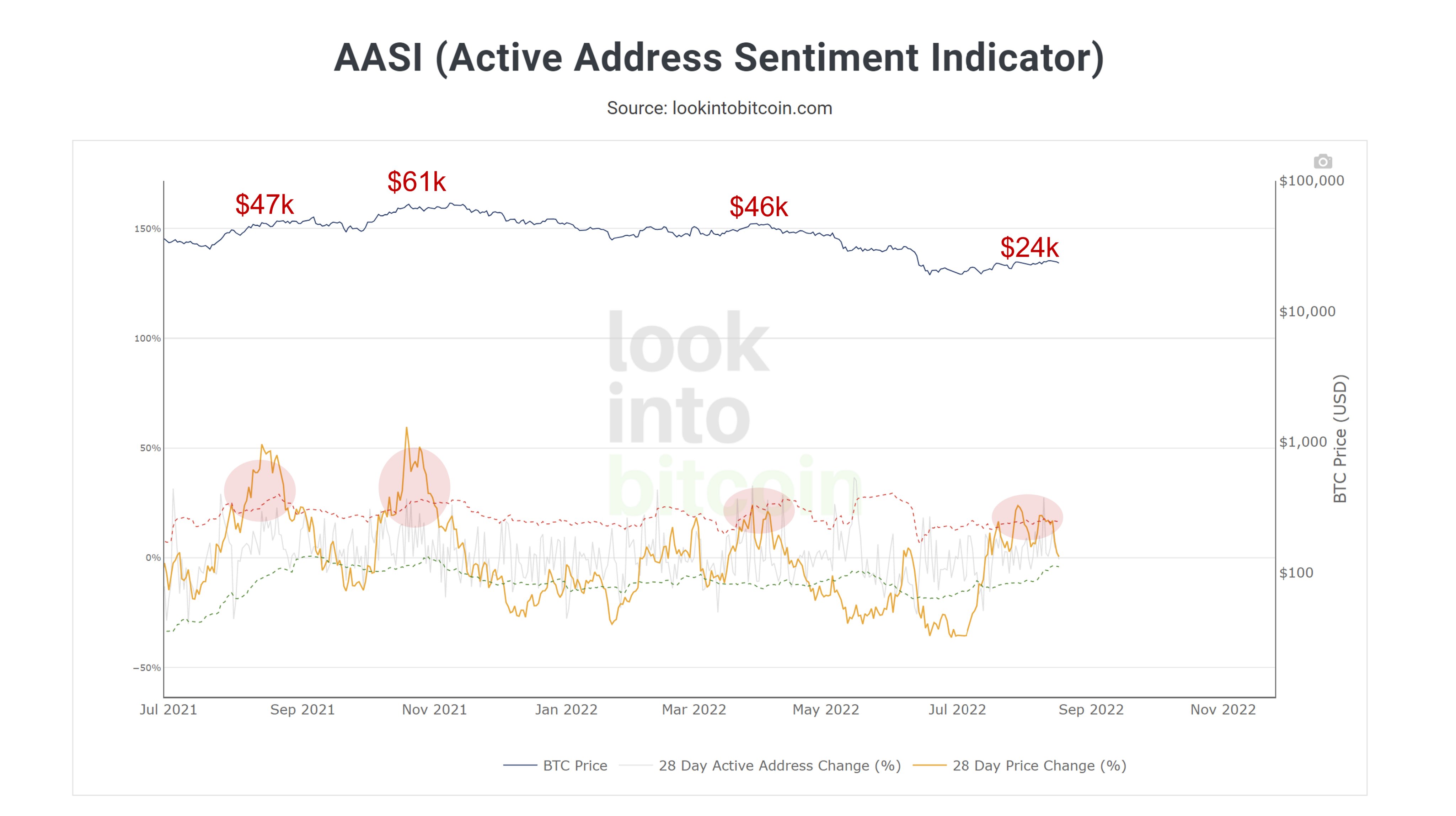 This comes despite the total number of Bitcoin addresses ever created passing 1 billion this week, according to data from on-chain analytics firm Glassnode.