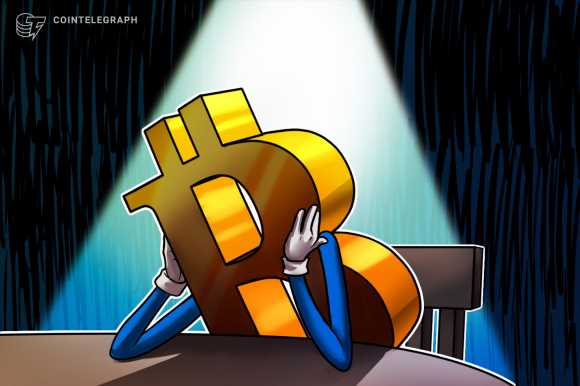 So it reflects in the latest statements from Peter Brandt, chief executive of global trading firm Factor LLC, who questioned, if not asserted, the longevity of the ongoing relief rally in the Bitcoin market, especially after a 50%-plus price crash.

The veteran commodity trader challenged “BTC price historians” to identify a single instance in the last decade that saw Bitcoin logging a new record high seven months after crashing more than 50%. He also asked to refer to one case when a 50% decline in the Bitcoin prices did not lead up to at least a 70% correction.

One of the Twitterati responded with two instances: the March 2020 rebound, wherein the Bitcoin price recovered to its all-time high above $20,000 eight — if not seven — months after crashing to $3,850 in March from its long-term cyclical high of $13,880 in June 2019; and the 2013 bull run that saw the cryptocurrency rising by more than 2,450% eight months after bottoming out near $45 in an 80% overnight crash. 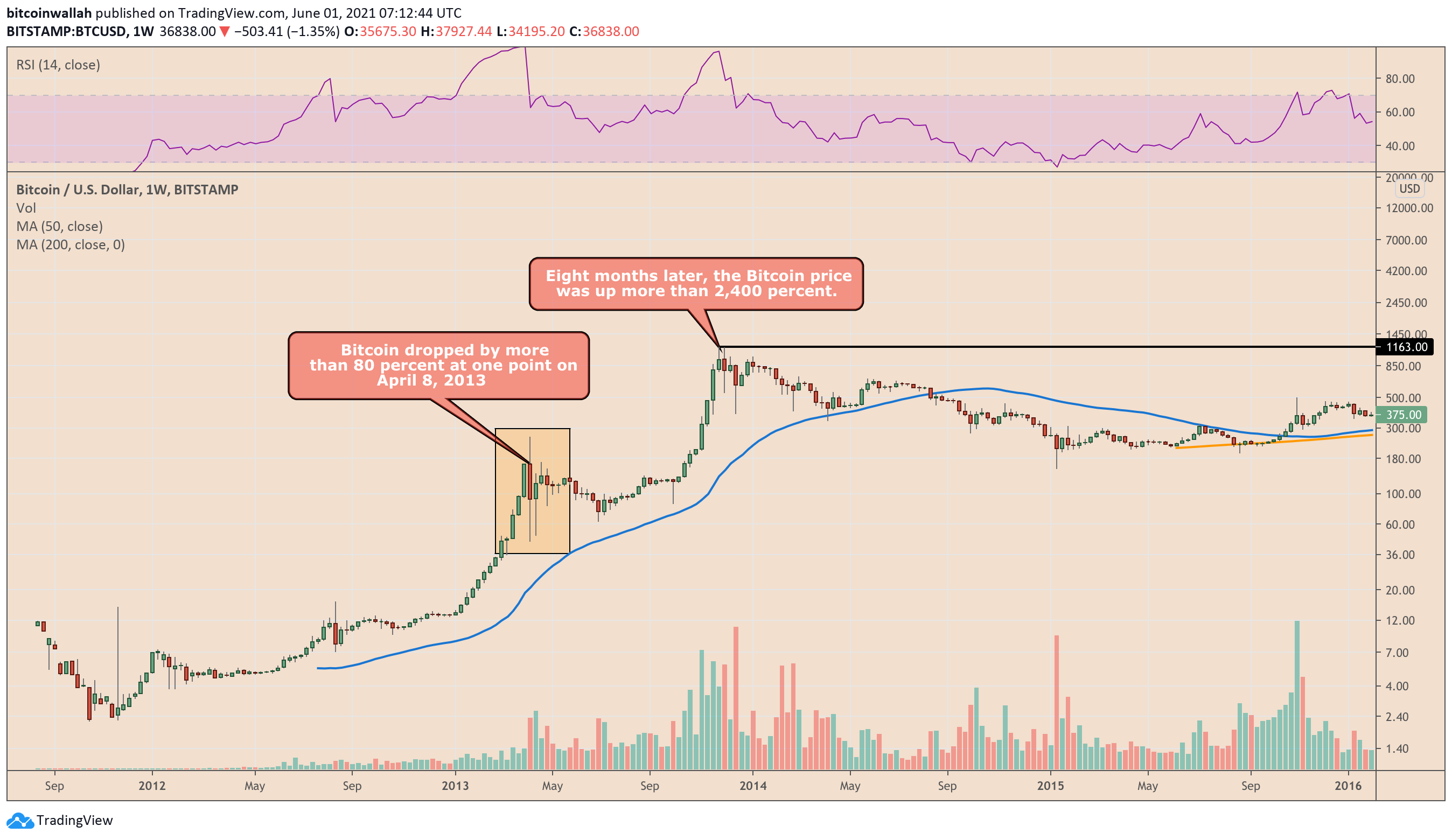 Brand said, “nope to both,” apprehensively because the Bitcoin prices took an additional month to reclaim their record highs in both cases. Nevertheless, the veteran’s questions remained cryptic enough due to its selective timeframe and as to what they were attempting to prove about the crypto market bias in the first place.

On-chain analyst Willy Woo guessed that Brandt was trying to forecast a further price crash in the Bitcoin markets, based on the cryptocurrency’s historical responses to a 50%-plus price correction event.

“All drops of that scale with long recoveries was from a starting point where the price was overextended above fundamental valuation,” responded Woo.

“This setup is different in that price is BELOW fundamentals. As a guide, the COVID dump dropped below fundamentals and therefore recovered quickly.”

Woo himself did not explain what he meant by the term “fundamentals.” His active followers on Twitter took up the charge to clarify that the analyst referred to the “network effect” caused as investments sitting in gold and cash-oriented portfolios find a place in anti-inflationary holdings.

Bitcoin rose from its March 2020 bottom to a new record high near $65,000 majorly because investors saw its scarcity as a defense against higher inflation.

In retrospect, interest rate suppressions, a $120 billion bond purchasing program, and the U.S. government’s trillions of dollars worth of stimulus packages — aimed at curbing the aftermath of the COVID-19 pandemic on the U.S. economy — led investors to risk-on assets such as Bitcoin and stocks. 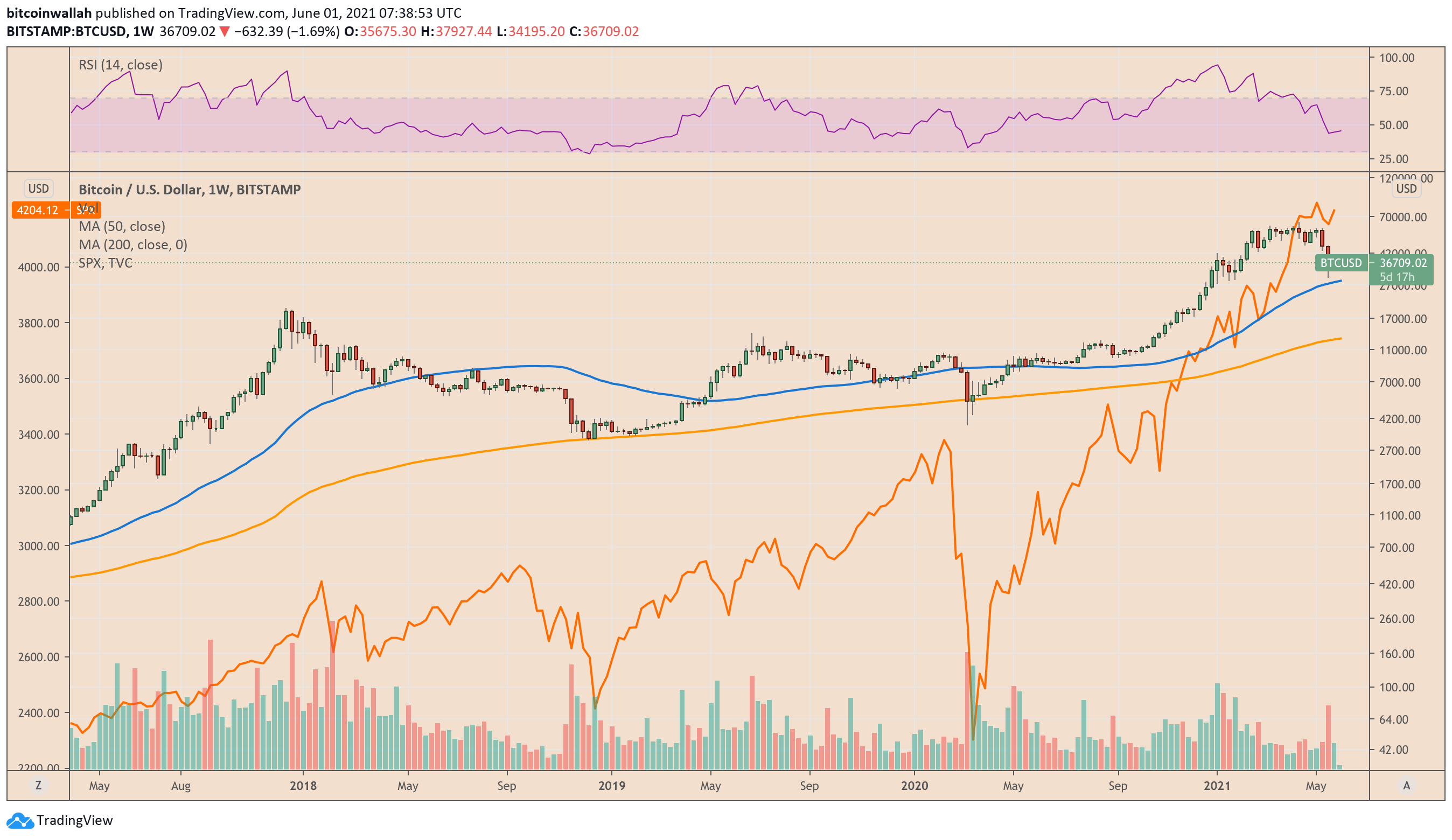 On May 12, the U.S. Bureau of Labor Statistics revealed that the country’s Consumer Price Index (CPI) had risen to 4.2% year-over-year, logging its fastest climb since 2008. That tends to increase Bitcoin’s appeal among individuals and organizations looking for hedging against inflation in the long run, especially as higher consumer prices punish savers by forcing the U.S. dollar valuations lower.

“This is the number one reason why I am bullish on something like Bitcoin,” said Anthony Pompliano, investor at Pomp Investments, in January 2021.

“It is the single greatest protector of wealth in the world. There is extreme volatility in the short term, but over a long period of time, Bitcoin shines. It does a great job of preserving purchasing power and avoiding the perils of fiat currency devaluation.”

Meanwhile, some analysts anticipate Bitcoin to continue declining, much in line with what Brandt hinted. One of them includes Richard Durant, an analyst at Morgan Stanley, who called Bitcoin a “sentimental asset” that cannot rise without positive price catalysts, adding that “it is unclear at this stage what they could be.”

Analysts at BiotechValley Insights wrote that Bitcoin’s rise against inflation fears does not make the flagship cryptocurrency a hedge. They referred to the May 19 price crash that appeared a week after the U.S. labor bureau reported a 4.2% CPI reading.

“Bitcoin is more correlated to high-risk momentum growth stocks like TSLA than to safe-haven assets such as gold or bonds,” they noted.

Meanwhile, Brandt, who correctly predicted the 2018 Bitcoin price crash, appeared more technically focused on the next market outlook. In March 2021, he had anticipated the BTC/USD exchange rate to hit $200,000 in either the third or the fourth quarter this year.

Meanwhile, Brandt was also the one to decide that he should keep his money in equities instead of cryptocurrencies just as the Bitcoin prices were approaching a breakout move above $12,000 in September 2020. The cryptocurrency closed the year at circa $29,000.

In March 2020, Brandt anticipated BTC to fall to $1,000. But the cryptocurrency reversed its bearish course upon testing upper $3,800-levels as support.