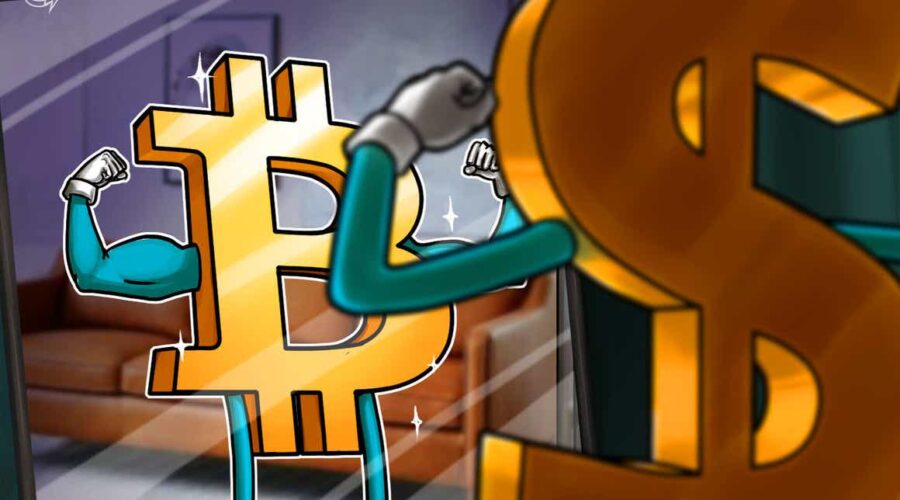 Signs of a steady Bitcoin (BTC) price recovery emerged earlier this week as investors shifted away from the U.S. dollar on weaker-than-expected economic data.

Meanwhile, the U.S. dollar index (DXY), which measures the greenback’s strength against a basket of top foreign currencies, rose to 97.441 last Friday, logging its best level since July 2020. However, the index corrected by nearly 1.50% to over 96.00 by Feb. 3. 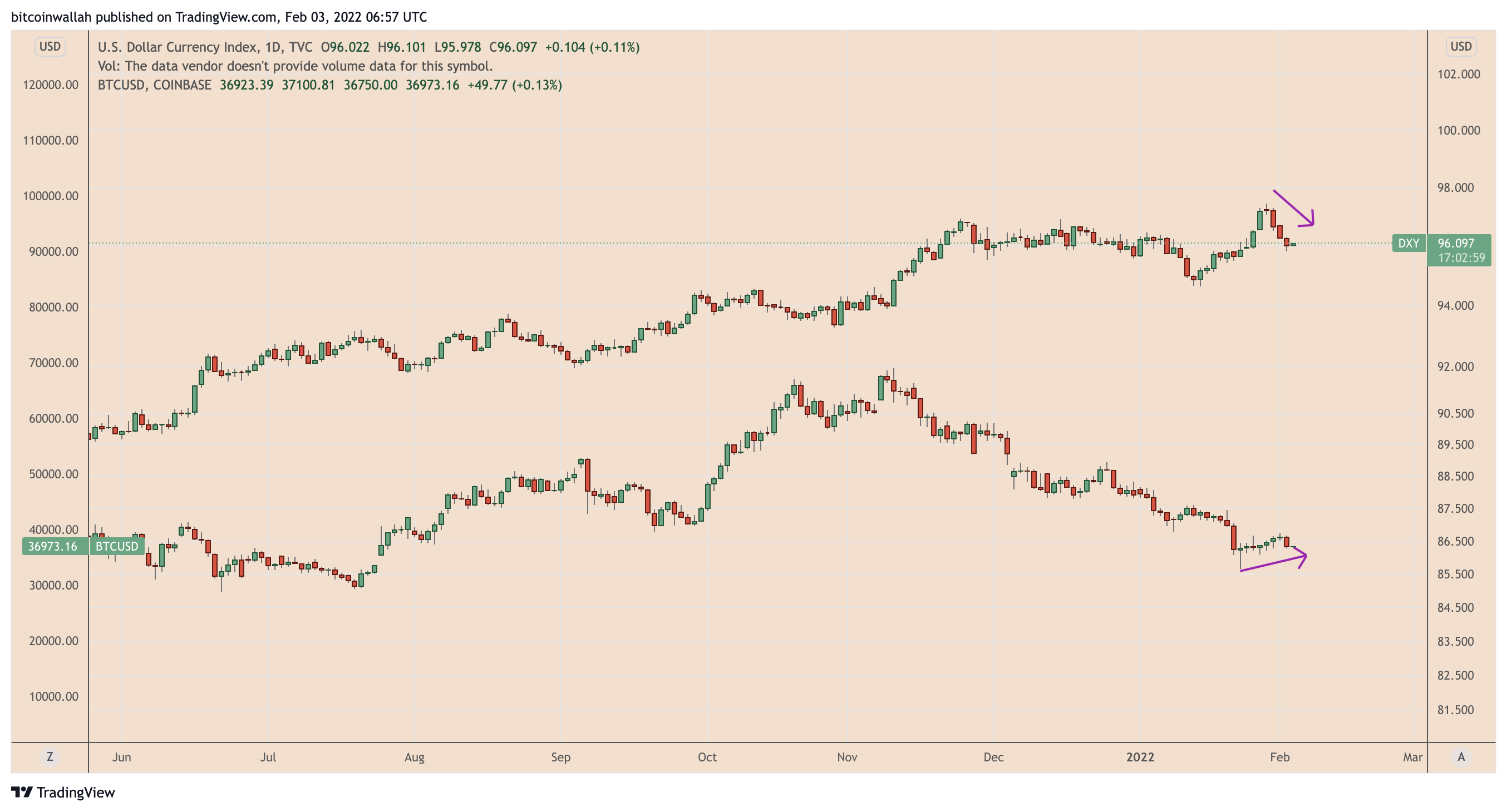 Some market analysts saw the dollar’s renewed weakness as a sign of waning rate hike fears.

Alden cited the U.S. manufacturing growth, which, according to data released on Tuesday, dropped for the third month in a row in Jan. 2022. Notably, the Institute for Supply Management’s gauge of factory activity reached 57.60, its worst level since Nov. 2020, compared to 58.80 a month earlier. 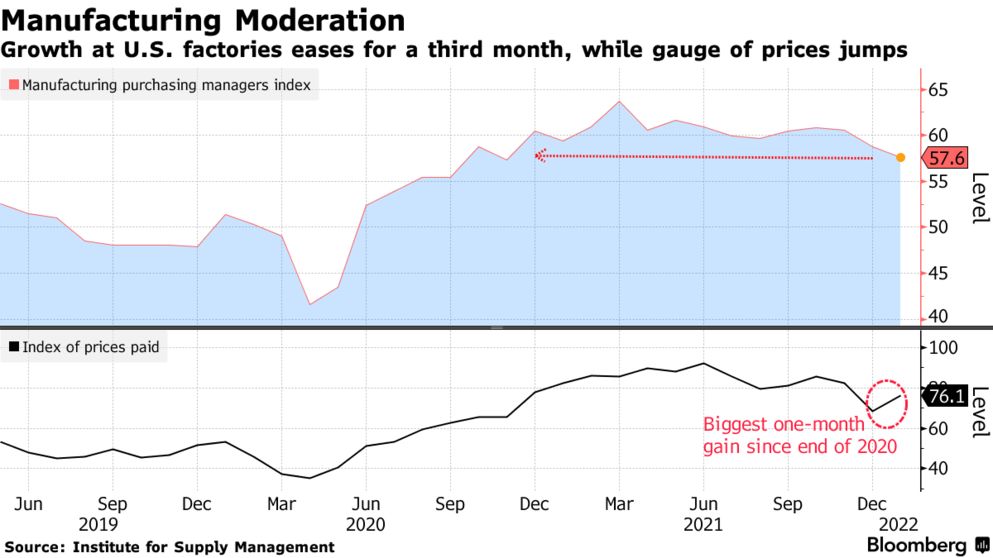 Additionally, the ADP Research Institute data released Wednesday also showed cracks in the ongoing U.S. economic recovery, revealing that employment across the regional companies fell by 301,000 in December 2021, the highest since the early days of the Covid-19 pandemic.

Powell’s hawkish turn pushed the price of Bitcoin down as the U.S. dollar strengthened.

Currently, U.S. rate futures hint at four to five rate hikes in 2022. James Bullard, president of the Fed’s St. Louis branch, further stoked the “tightening” fears, stating earlier this week that five rises were “not too bad a bet.”

Nonetheless, his hawkish comments coincided with a recovery rally in the Bitcoin market as the dollar pared gains, prompting Alden and other analysts to say that the market may have overreacted to Powell’s tightening outlook.

One of the primary catalysts behind the Fed’s rate hike plans was a steady recovery in the U.S. jobs market. But with lesser-than-expected ADP readings, the central bank could backtrack on its tightening plans.

“They have moved from nearly all talk and little action to 100% hot air,” noted Preston Pysh, the founder of the Pylon Holding Company.

Related: US crypto executive order looms — 5 things to watch in Bitcoin this week

Some Fed officials have also noted that the central bank might not go ahead with rate hikes as aggressively as anticipated.

Currently, the CME’s Fed Watch Tool predicts a 94.40% possibility of a 25 bps rate hike in March 2022. But whether there would be back-to-back increases for the rest of 2022 remains unclear.

“They will hike, but not as much as the forward curve implies,” wrote Teddy Vallee, the founder of Parvelle Global, a New York-based hedge fund, adding:

As a result, the very narrative that pushed the Bitcoin price to new multi-month lows last week appears to be showing cracks.