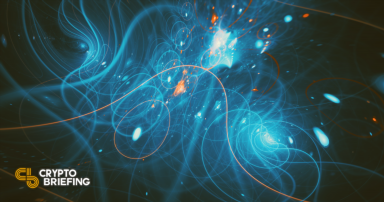 Onchain derivatives protocol AntiMatter has removed the vesting period for its strategic investors, which caused the project’s native token price to tumble.

AnitMatter, an on-chain options trading protocol, caused its own token MATTER to crash after it removed a vesting period from tokens sold to early investors. The project announced Wednesday:

“After internal discussion MATTER has decided to move forward the unlock all strategic investors, including seed and private rounds.”

In a single day, 16 million MATTER tokens, or 16% of the total 100 million supply, have been added to the circulation.

Following the announcement, the token price crashed by more than 50% within a period of 24 hours, coming down from $0.44 to $0.22, according to CoinGecko.

The unlocking decision was made privately by the team without any input from the community.

The token’s original vesting schedule that the team disregarded can be viewed on AntiMatter’s website. 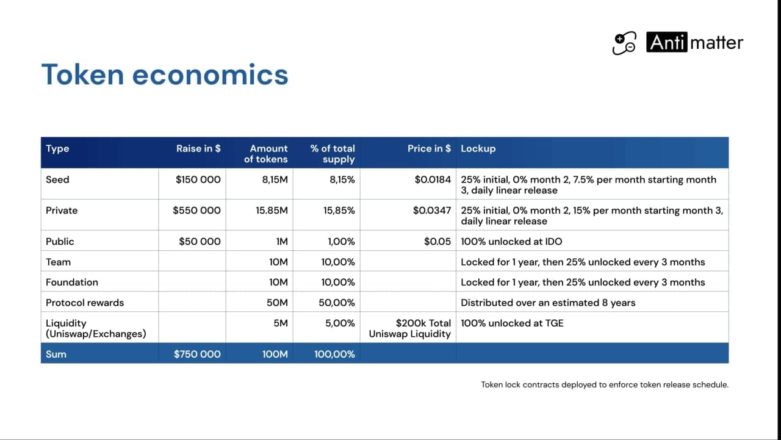 In February 2021, AntiMatter raised $150,000 during a seed round after it sold 8.15 million MATTER tokens to NGC Ventures, Spark Digital Capital, and Monday Capital at a price of $0.0184 per token.

The team later raised another $550,000 during a private sale at a token price of $0.0347 per token. In both cases, the investors made a return of thousands of percent.

While 25% of the initial allocation was unlocked, early investors could further unlock their tokens on a daily basis starting on Jun. 5.

The core team members described the linear release as “unhealthy,” despite being the ones who designed the tokenomics.

Jack Lu, the project’s co-founder, said of the release schedule:

“We believe that this action will speed up negotiations with several CEX’s [sic] and partners we have been having and helping us filter long term supporters.”

Lu claimed that unlocking all of the vested tokens at once would remove the sell pressure, filter long-term supporters, and make the token supply more decentralized.

In response, several notable crypto personalities accused the team of executing a rug pull. Many critics also called the project a “scam.”

Others say the move was made so the MATTER token would be ready for a listing on a centralized exchange (CEX), also pointed out by Lu above.

Nevertheless, the core team members’ decision to not honor the scheduled vesting period is a breach of investors’ confidence.

According to research from Seoul School of Integrated Sciences & Technologies, vesting of tokens purchased by early investors is a critical step in ensuring long-term market incentives. Vesting schedules that are modified to benefit VCs and insiders can cause significant harm to retail investors.

Vesting levels the playing field for new market participants. Its goal is to make sure early investors do not inflate the token supply and harm the token price. On the contrary, AntiMatter’s move puts the power back into the hands of pre-market players.

Similar market behavior was recently seen with the Dfinity token launch and the subsequent price crash. Evidence suggests that in this case, unvested early backers sold off ICP tokens on the market at launch, helping the price to collapse by more than 95% in a month.