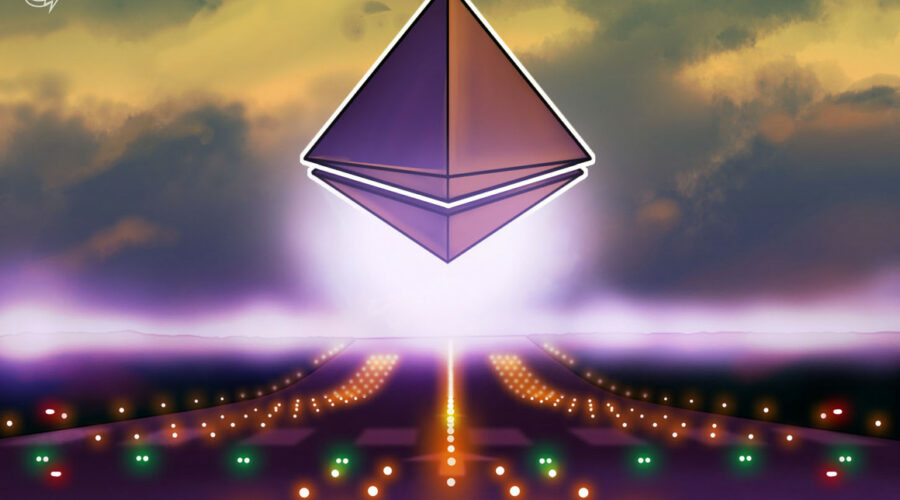 This week Ethereum’s London hardfork was completed without a hiccup and investors have now reset their eyes on new highs above $3,100.

Data from Cointelegraph Markets Pro and TradingView shows that the price of Ether (ETH)  did in fact experience a “sell the news” sell-off shortly after London went live but dip buyers quickly rushed in and pushed its price back above $2,800, its highest level since June 7. This bullish momentum extended further after Bitcoin price surged above $44,000 and at the time of writing Ether trades at $3,050. 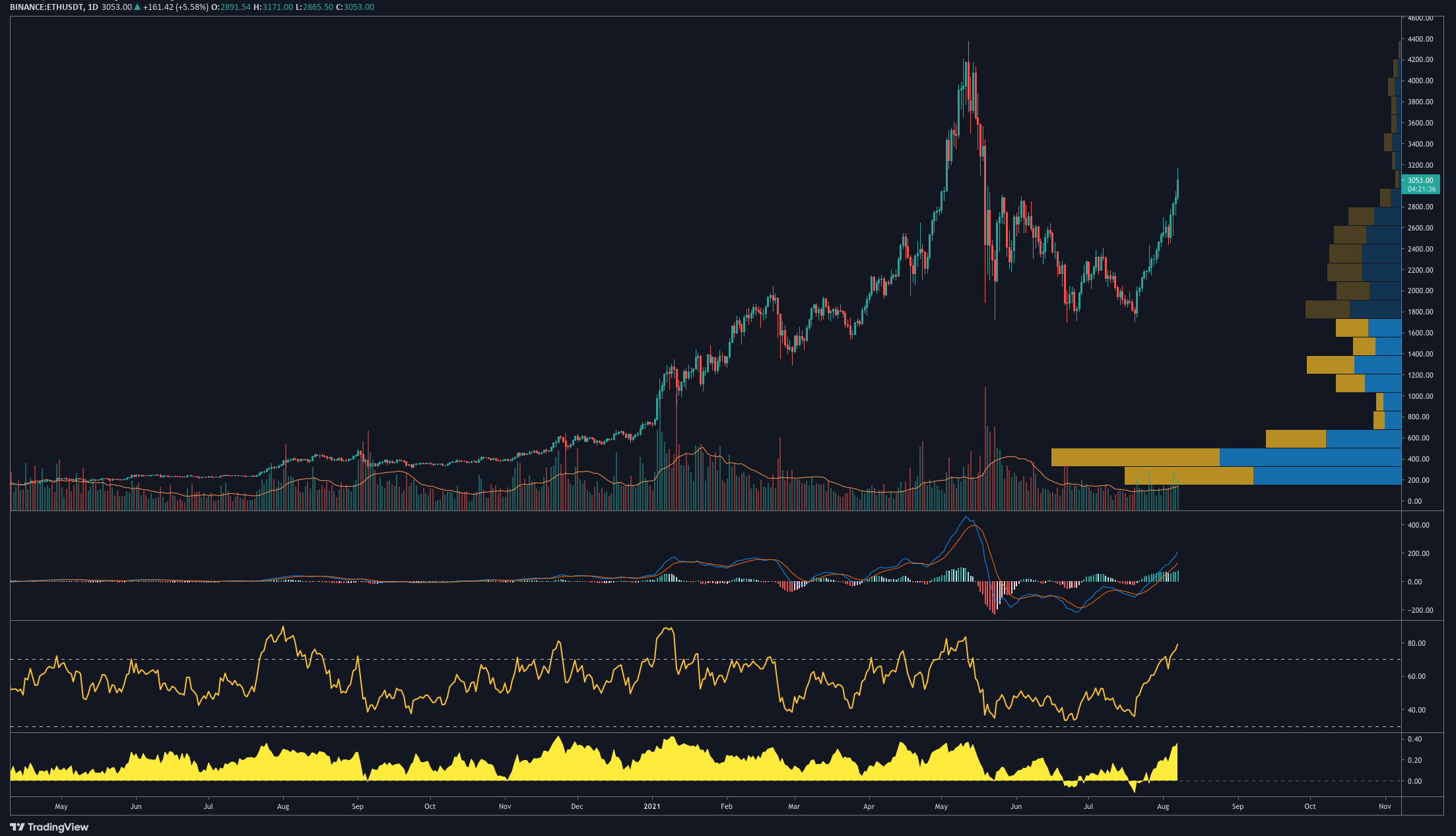 Now that the network is operating smoothly following its biggest update of the year, here’s a look at what traders and analysts expect next from the top altcoin.

A close above the weekly resistance extends the uptrend

Insight into Ether’s price action was provided by pseudonymous Twitter analyst Rekt Capital, who highlighted the altcoin’s weekly resistance level as an important hurdle to jump in order to continue the current uptrend. 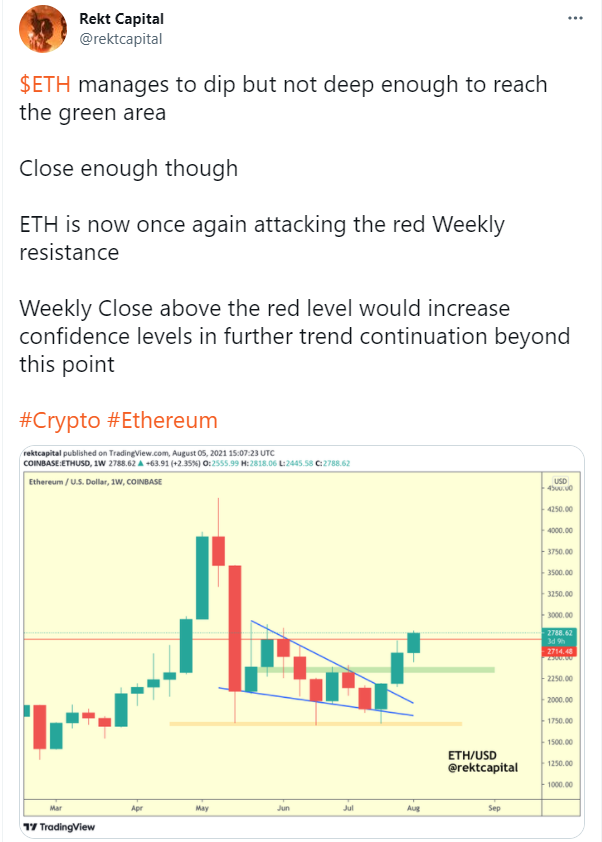 According to the chart provided, Ether needs to close above $2,714 to confirm a trend continuation.

“Ether is now at one of its final major higher-timeframe resistances. Once Ether is able to break past this ~$2770 resistance, there will be little resistance ahead until the old All-Time High of ~$4400.”

According to SpinTrades, a pseudonymous Twitter analyst, traders should keep an eye out for a possible move to $2,600, while a break and close above $3,000 could lead to a rally to $3,300.

Related: 3 reasons why Ethereum is unlikely to flip Bitcoin any time soon

One of the more interesting upgrades included in the London hard fork was a new Ether burning mechanism which burns a portion of the transaction fees and removes it from the circulating supply of coins.

As noted in the following tweet from Alex Krüger, more than 2,160 Ether ($6 million) were burned within the first seven hours and investors appear to be assuming that the price will rise if this trend continues.

08/08/2021 Business And Finance Comments Off on Here’s what traders expect now that Ethereum price is over $3,000
Markets