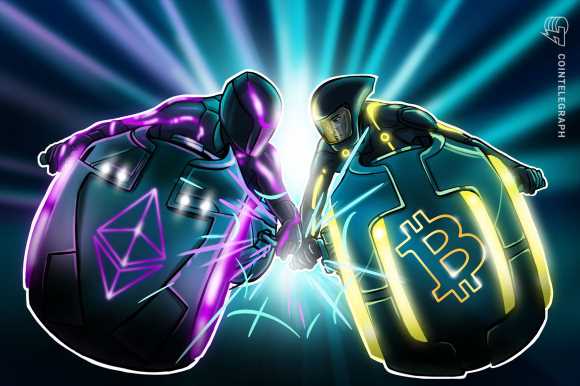 Bitcoin (BTC) headed lower on Thursday after an attempt to reclaim $40,000 failed to garner buyer support. 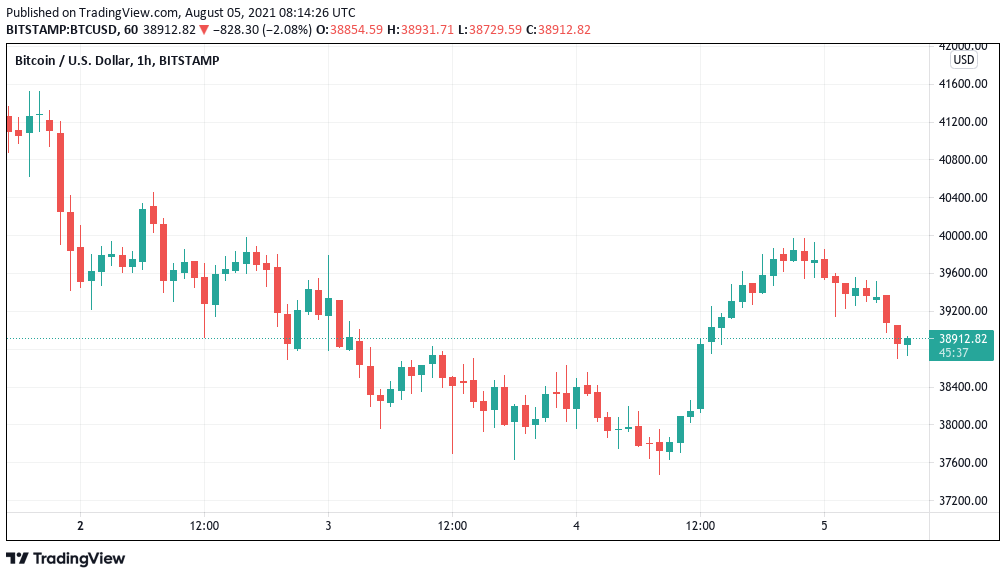 Data from Cointelegraph Markets Pro and TradingView showed BTC/USD dropping to local lows of $38,700 on Bitstamp, down around 1.5% in several hours.

The largest cryptocurrency had benefited considerably from remarks by Gary Gensler, the new Chair of the United States Securities and Exchange Commission, on Tuesday, but momentum stalled at the psychologically significant $40,000 mark.

Thursday’s dip took away the prospect of flipping the 21-week exponential moving average (EMA) — one of several eyed by analysts this week — as firm new support.

Meanwhile, on-chain indicators once again contrasted with middling BTC price action. In particular, Thursday revealed the extent of long-term holder (LTH) Bitcoin accumulation, this reaching new all-time highs: More of the BTC supply was now in the hands of LTHs than ever before.

“Previous bull markets were triggered when LTH supply reached between 63.6% and 71.5% although often after many months at these levels,” Glassnode, which produced the data, added in comments. 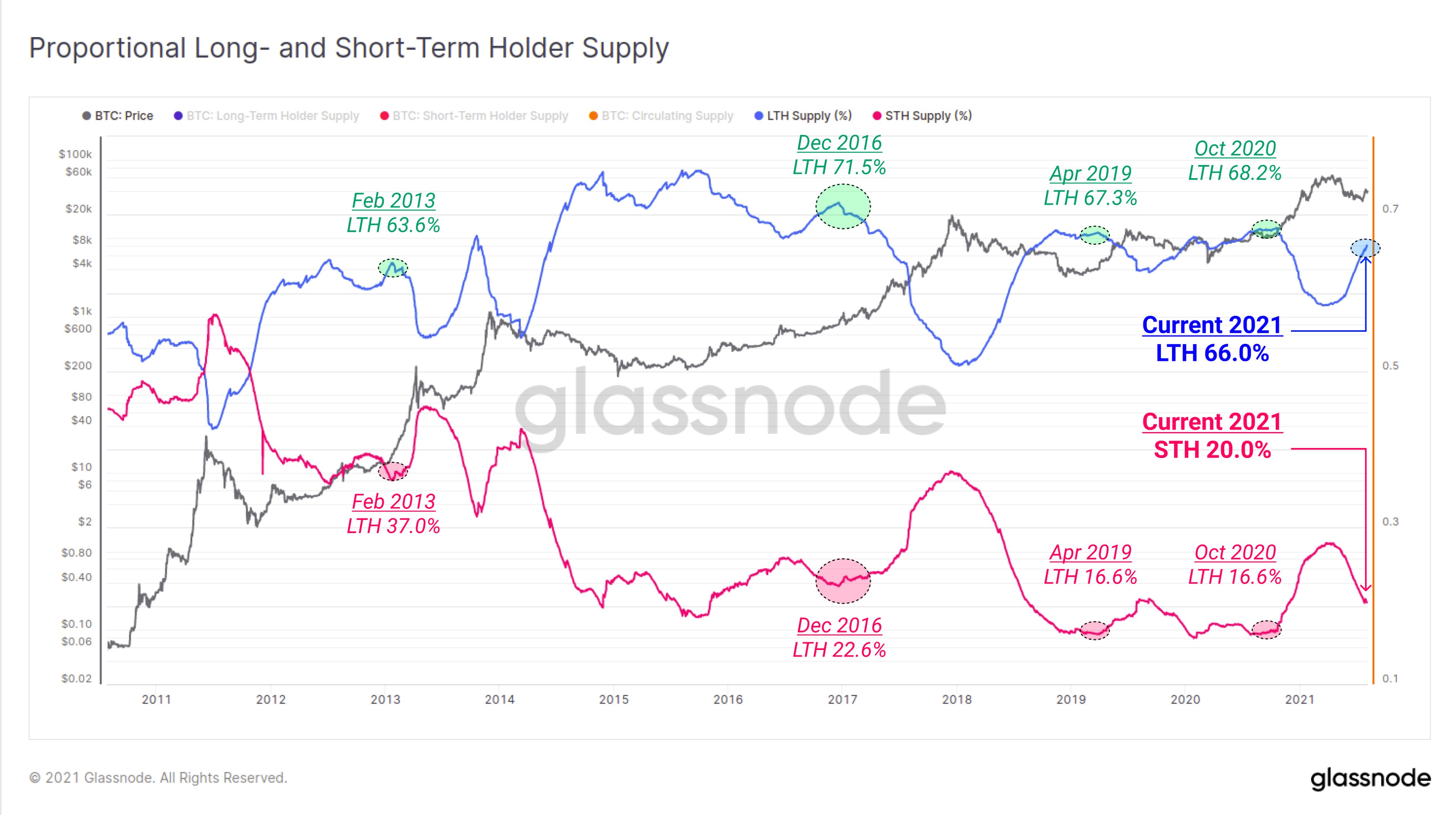 On altcoins, Ether (ETH) dominated the conversation amid bullish forecasts for fresh price gains while the ETH/BTC pair is headed for its third consecutive green weekly candle.

ETH/BTC hit 0.0693 on Wednesday, the date of the hard fork deployment — its highest in nearly two months.

A local resistance point, the 0.07 BTC level has yet to reappear since the Bitcoin-inspired market drawdown began in May.

Nonetheless, among altcoins, ETH has exhibited notable strength against Bitcoin, and its hard fork, London, referred to as Ethereum Improvement Proposal (EIP) 1559, should catalyze performance further.

For the short term, however, a chance to consolidate recent gains is on the cards, say traders.

“Healthy correction after EIP-1559 before the heaviest bull run of them all happens.” 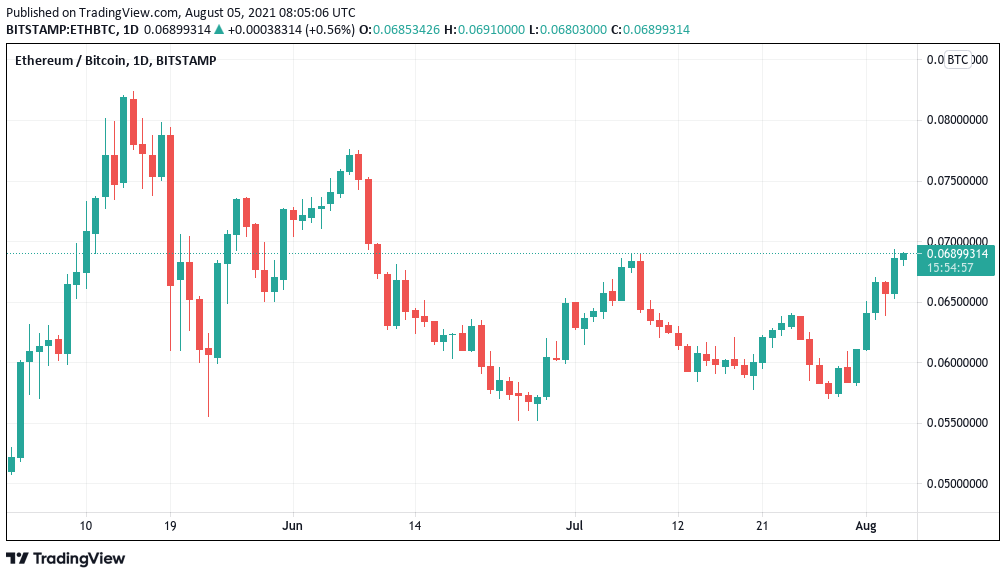 05/08/2021 Business And Finance Comments Off on Ethereum eyes 3-week winning streak vs. Bitcoin as BTC price drifts below $39K
Markets