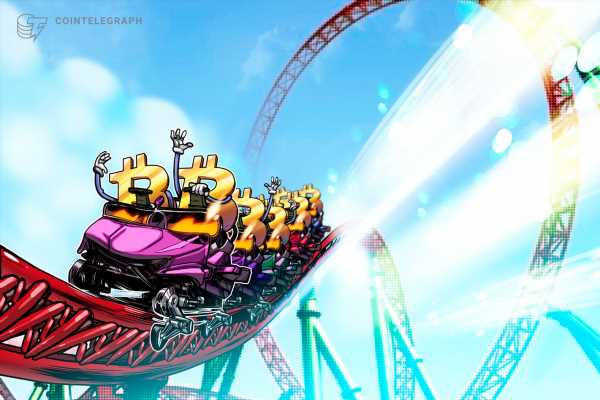 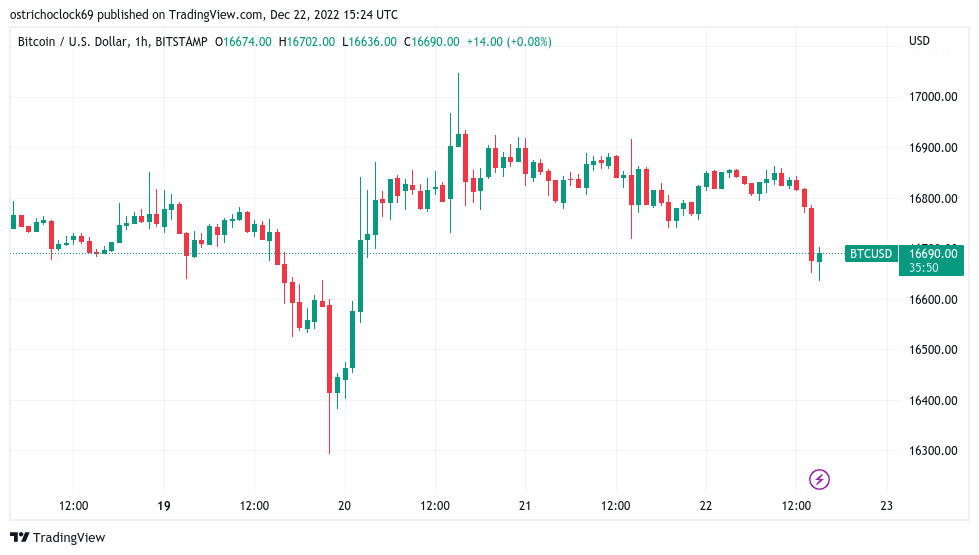 Data from Cointelegraph Markets Pro and TradingView showed BTC/USD dipping to intraday lows of $16,650 on Bitstamp.

The pair remained a conspicuous stocks copycat as the S&P 500 opened down 1.6% and the Nasdaq Composite Index traded down 1.8% at the time of writing.

The weakness appeared to be a reaction to stronger-than-expected U.S. gross domestic product (GDP) growth in Q3, data for which was released prior to the open.

Despite notionally a sign of recovery, concerns focused on the Federal Reserve continuing its restrictive economic policy on the assumption that the economy would be able to withstand the measures.

This would notionally come in the form of longer-lasting interest rate hikes, with analysis already arguing that a “pivot” in policy was unlikely until 2024 at the earliest.

As such, risk assets saw no relief from the GDP print, further disappointing traders hoping for a Santa rally.

Il Capo of Crypto warned earlier this week that markets as a whole were “not prepared” for what would be fresh upcoming losses.

On Bitcoin, the mood among some pundits was likewise firmly bearish. 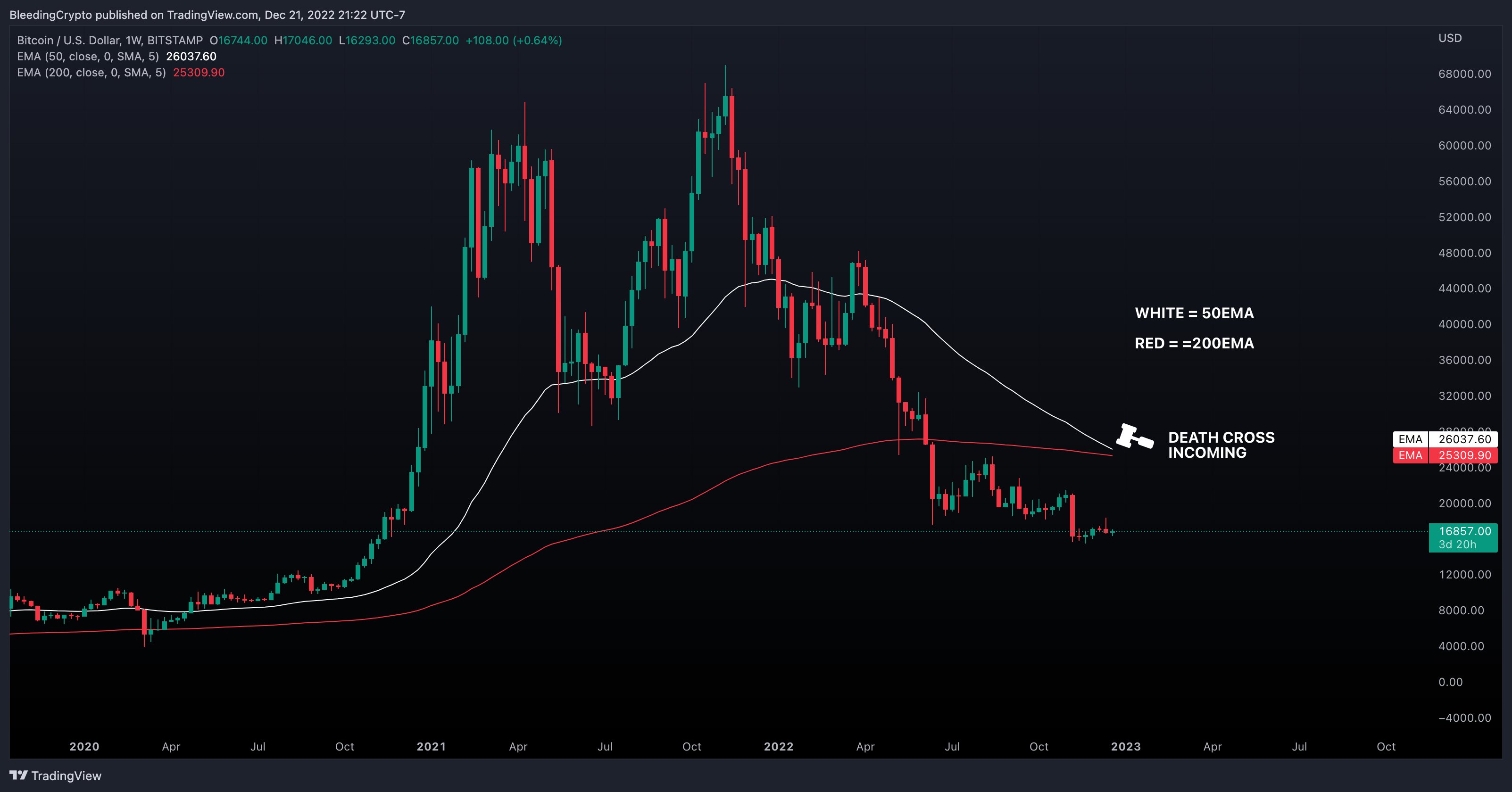 “The percentage loss this year is sitting right in between the other two negative years, being 2014 and 2018,” he noted. 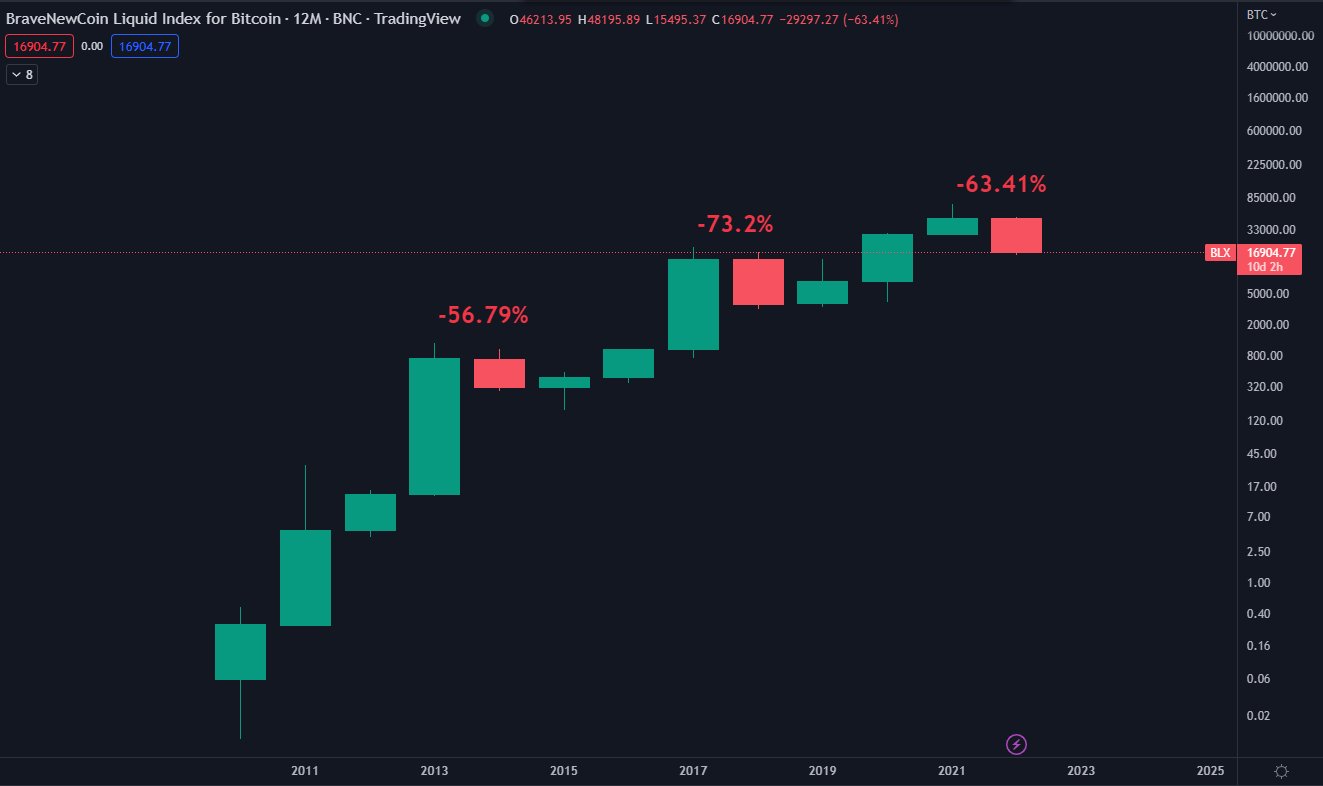 Elsewhere, analyst Toni Ghinea had little optimism in store for Bitcoin bulls, arguing that the macro bottom would not appear until Q1 2023. 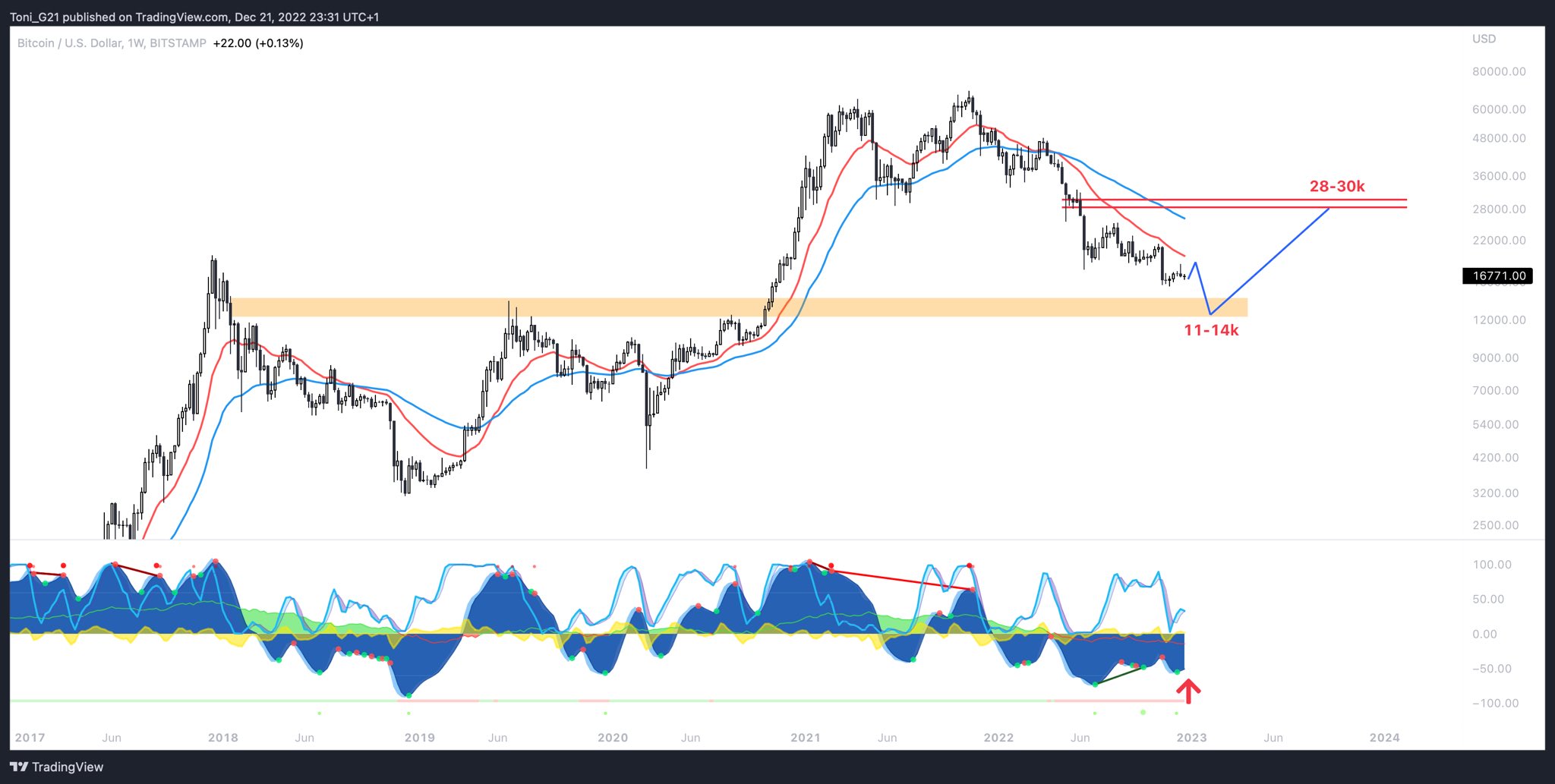 The main beneficiary of the GDP print, meanwhile, was the U.S. dollar, which on the day saw confident rebound in strength.

The greenback thus went some way to recovering losses engendered by a surprise intervention by the Bank of Japan earlier in the week. 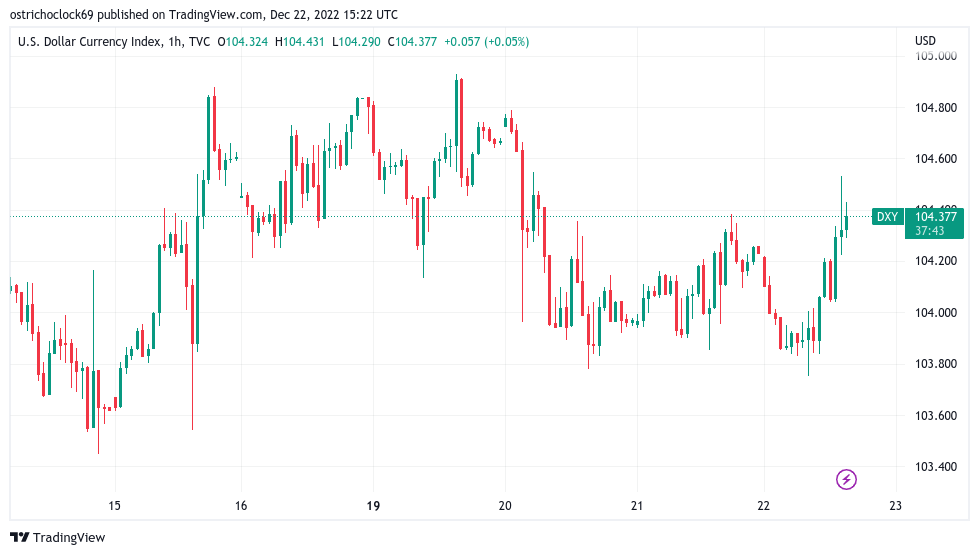 The views, thoughts and opinions expressed here are the authors’ alone and do not necessarily reflect or represent the views and opinions of Cointelegraph.

22/12/2022 Business And Finance Comments Off on Bitcoin dips below $16.7K as US GDP meets fresh BTC price 'death cross'
Markets