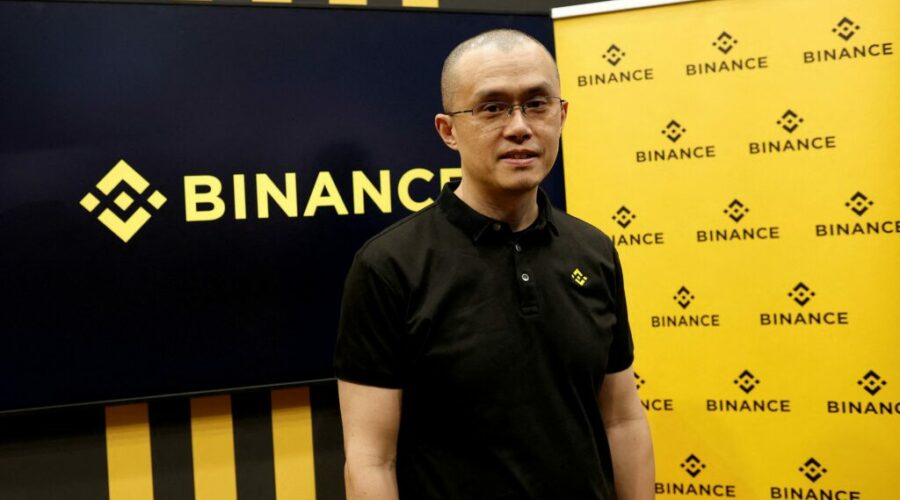 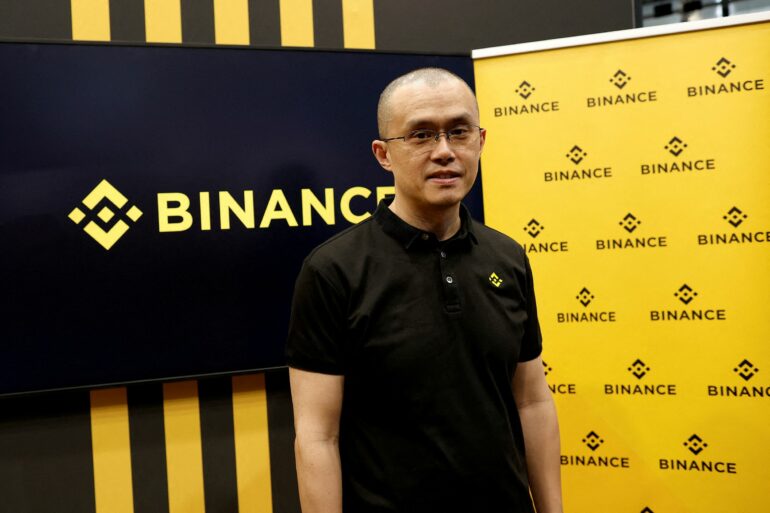 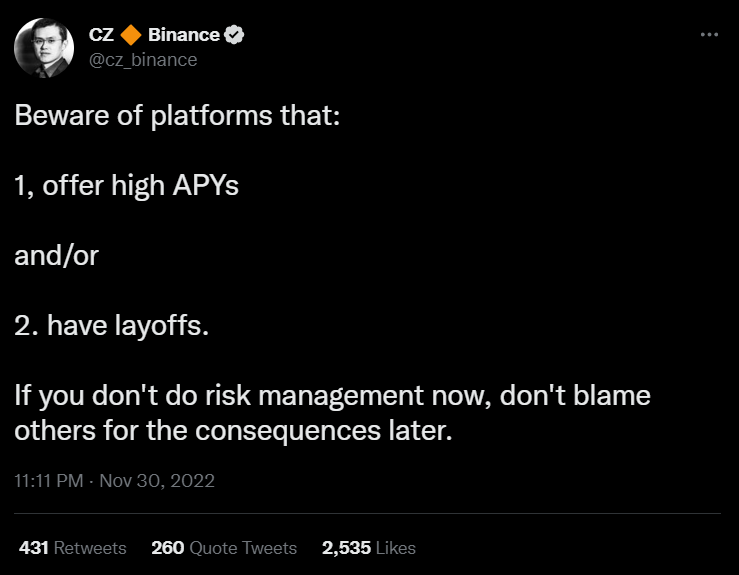 Zhao was likely referring to rival exchanges KuCoin and Kraken. KuCoin became the topic of debate in the crypto community on Twitter earlier this week after users noticed the sky-high APYs being offered by the exchange. Crypto influencers shared screenshots that showed triple-digit returns on KuCoin’s earn program. The exchange’s official website is currently showing a 215% APY on Ethereum(ETH), 268% APY on Bitcoin (BTC) and 100% APY on Tether (USDT).

Kraken, the world’s third-largest exchange by volume, announced earlier today that it was laying off 30% of its staff. According to the exchange, the decision to cut 1,100 people from its global workforce was taken to weather the ongoing crypto winter. CEO Jesse Powell took to Twitter to clarify that the departing employees were given 4 months of severance pay and healthcare coverage.

Users on Twitter were quick to call out Zhao’s attempt to indirectly induce FUD about rival exchanges. One user pointed out that CZ’s warnings were ironically applicable on his own platform, given that Binance was offering similar APYs similar to that offered by KuCoin. Binance’s dual investment program is currently offering 123% APY on Bitcoin and 226% on Ethereum.

When confronted by a popular crypto influencer, Changpeng Zhao defended his words, arguing that while layoffs weren’t necessarily a red flag, risk management was still important. He further clarified that his tweet was not meant against Kraken or any other exchange. The controversial tweet was taken down by CZ following criticism from crypto Twitter.