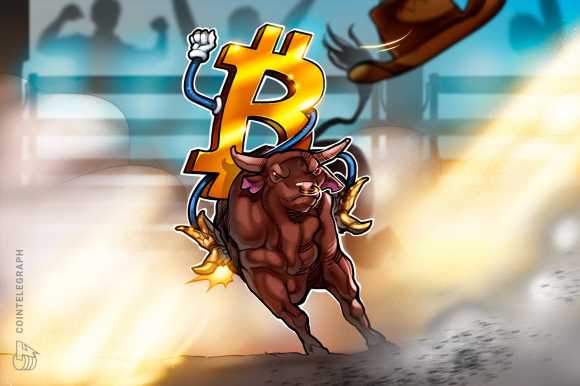 The high-flying optimism generated earlier this week when Bitcoin and altcoin prices rose was tempered on Aug. 12 as BTC dropped below $43,000. This led some analysts to warn that the price action seen over the past week was nothing more than a dead cat bounce.

Data from Cointelegraph Markets Pro and TradingView shows that an early morning wave of selling pushed the price of Bitcoin (BTC) to a low of $43,752 and at the time of writing bulls are struggling to pull the price back to $45,000.

Here’s what analysts are saying about Bitcoin’s current price action and what they expect for the short term.

According to market analyst and Cointelegraph contributor Michaël van de Poppe, Bitcoin’s fall from $45,000 to $43,500 was “quite normal” with higher time frame charts showing a bearish divergence, which implies that “we could have a further corrective move.”

In the short term, Poppe indicated that Bitcoin price could potentially bounce back to $45,000 and then come back down to test this support level again, and if support gets reclaimed, it’s possible to “conclude that buyers are stepping back into the market.”

“If those two support levels are lost, then we are likely looking at $42,000 next, and if that doesn’t hold then $41,000 after that. And that is for me the break where I want to start longing heavily as I don’t want to see it drop further down the line as the only level we have left after that is $38,000.”

Thursday’s Bitcoin price pullback was also seen as a normal move by David Lifchitz, managing partner and chief investment officer at ExoAlpha. Lifchitz pointed to the “almost uninterrupted run-up of the last 2 plus weeks” as a sign that “bulls need to take a breather before continuing their push higher.”

According to him, the “$36,000 for BTC and $2,300 for Ether are obvious targets,” but he further stated that “no one knows is how much the pullback will be from where we are now.”

“But maybe the dips could be bought before reaching these levels. Of course, this is in case there’s no other regulatory drama, otherwise, a revisit of the $30,000 level for BTC and $1,800 for Ether would not be ruled out.”

$45,200 has been a solid Bitcoin support level in the past

According to Rekt Capital, a pseudonymous Twitter analyst, the $45,200 price level has been a difficult level of resistance in the past.

In previous instances when BTC traded near these levels, the price retested and held support around $44,200 before staging another rally.

Based on this analysis, if BTC can hold near this level, then the price will reverse and head higher.