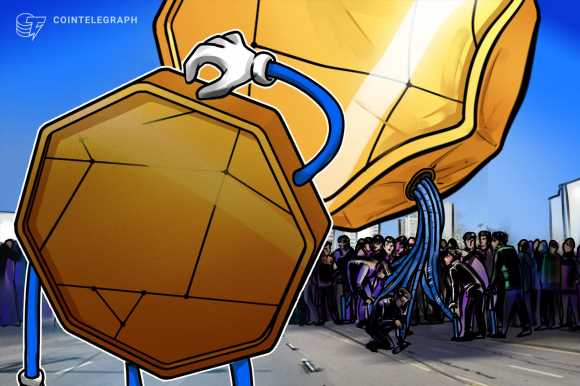 Satoshi Nakamoto left a large pair of shoes to fill after releasing the code for Bitcoin (BTC) to the world, helping to establish the network, then vanishing without so much as a trace.

Over the years, the crypto ecosystem has seen many developers and protocol creators rise in stature to become crypto messiahs for faithful holders who eventually have their best-laid plans end in catastrophe when the protocol is hacked, rugged or abandoned by whimsical developers.

2022 is hardly halfway complete and the year has already seen a particularly bad stretch of good intentions gone awry, which have collectively helped plunge the market into bear-market territory. Here’s a closer look at each of these instances to help provide insight into how similar outcomes can be avoided in the future.

Some developers are anonymous for a reason

Satoshi may have successfully remained anonymous while launching Bitcoin, but in most instances since then, having anonymous developers has turned out to be a red flag.

Many anonymous developers cite personal safety reasons for taking this route. While this is a valid reason in some cases, sometimes anon developers are hiding from previous misdoings or pre-planning to cover their tracks in the case of future offenses.

A flagrant example of this was Squid Game (SQUID), a Netflix-show-inspired memecoin that rallied 45,000% within a few days after launch, only for traders to realize that they were unable to sell the tokens on any exchange.

Investors eventually discovered that all the developers were anonymous and all social media channels were blocked from comments.

The crypto community has grown to be rather distrustful of anonymous developers and this can be seen in the negative reaction to the revelation that the founder of the Azuki nonfungible token (NFT) project was involved with three other NFT projects that were ultimately abandoned, leaving their holders with little to show except worthless jpegs.

Another instance of an anonymous developer going rogue occurred in 2022 when it was revealed that the anonymous Wonderland (TIME) treasury manager @0xSifu turned out to be an alleged financial criminal, along with QuadrigaCX co-founder Michael Patryn.

The revelation of this connection resulted in the collapse of several popular projects including Wonderland and Popsicle Finance, while a significant amount of criticism was directed at Abracadabra.Money creator Daniele Sestagalli.

Prior to the @0xSifu revelation, all three protocols were seeing increased adoption, but , each protocol is a mere shadow of its former success.

Having anonymous developers removes accountability from the equation and is increasingly becoming a red flag when dealing with multi-million dollar cryptocurrency protocols.

Finance is no stranger to cult personalities and crypto is not immune to this phenomenon.

Long-time crypto pundits will recall Roger Ver being called “Bitcoin Jesus” and hileading the charge to fork Bitcoin Core and create Bitcoin Cash (BCH). Billionaire Dan Larimer also comes to mind, and investors will recall his helping EOS (EOS) raise $4 billion during the initial coin offering (ICO) boom of 2017 to 2018. In each instance, it was a fervent flock of followers that propelled each project forward.

Neither BCH nor EOS managed to reclaim their all-time highs during the 2021 bull market despite all the hype about their future when first launched. This is possibly because a portion of the hype is centered around the personalities behind the projects.

A more recent example includes the collapse of Fantom ecosystem token prices after decentralized finance (DeFi) developer Andre Cronje deactivated his Twitter account and informed the community that he was leaving the crypto space entirely.

Cronje had become so popular that many people would buy a token just because he was involved, and when he left, many of these investors dumped their holdings, which negatively affected the tokens’ prices.

While Cronje was doing what he thought was right and had no ill intentions toward the community, his actions appear to have negatively affected the crypto market due to his popularity within the community and the dedication of his followers.

The main takeaway is to be vigilant when a developer is seen as incapable of doing wrong and remember that cult-like followings can have outcomes that ripple beyond their community.

Another red flag to be on the lookout for ar decentralized autonomous organizations (DAOs) and DeFi protocols that operate in a manner that appears to be more centralized than their name would suggest.

It’s common for many protocols to claim that they are decentralized, yet they rely on centralized service providers like Amazon Web Service to ensure that they function properly.

Another pertinent example is when a project that claims to offer token holders governance rights makes a major protocol decision without consulting the community for feedback and approval.

The move by Terra (LUNA) to add BTC to its treasury as collateral for the TerraUSD (UST) stablecoin made headlines and was lauded by many, but the move was never put to a vote within the Terra community to see what token holders thought.

While there is a good chance that the plan would have been approved and the collapse of Terra still would have occurred, the blame might have fallen more on the community and less on Do Kwon, the project’s leader. It’s also worth mentioning that Do Kown had developed quite the cult following and was frequently insulting a variety of people on Twitter.

One of the main tenets of the cryptocurrency sector is adherence to decentralization and failure to do so often leads to a compromised network and dissatisfied investors.