The price of Bitcoin (BTC) surpassed $17,000 for the first time since December 2017, continuing its current uptrend. The rally comes after BTC broke out of the previous parabola, which initially caused concerns. 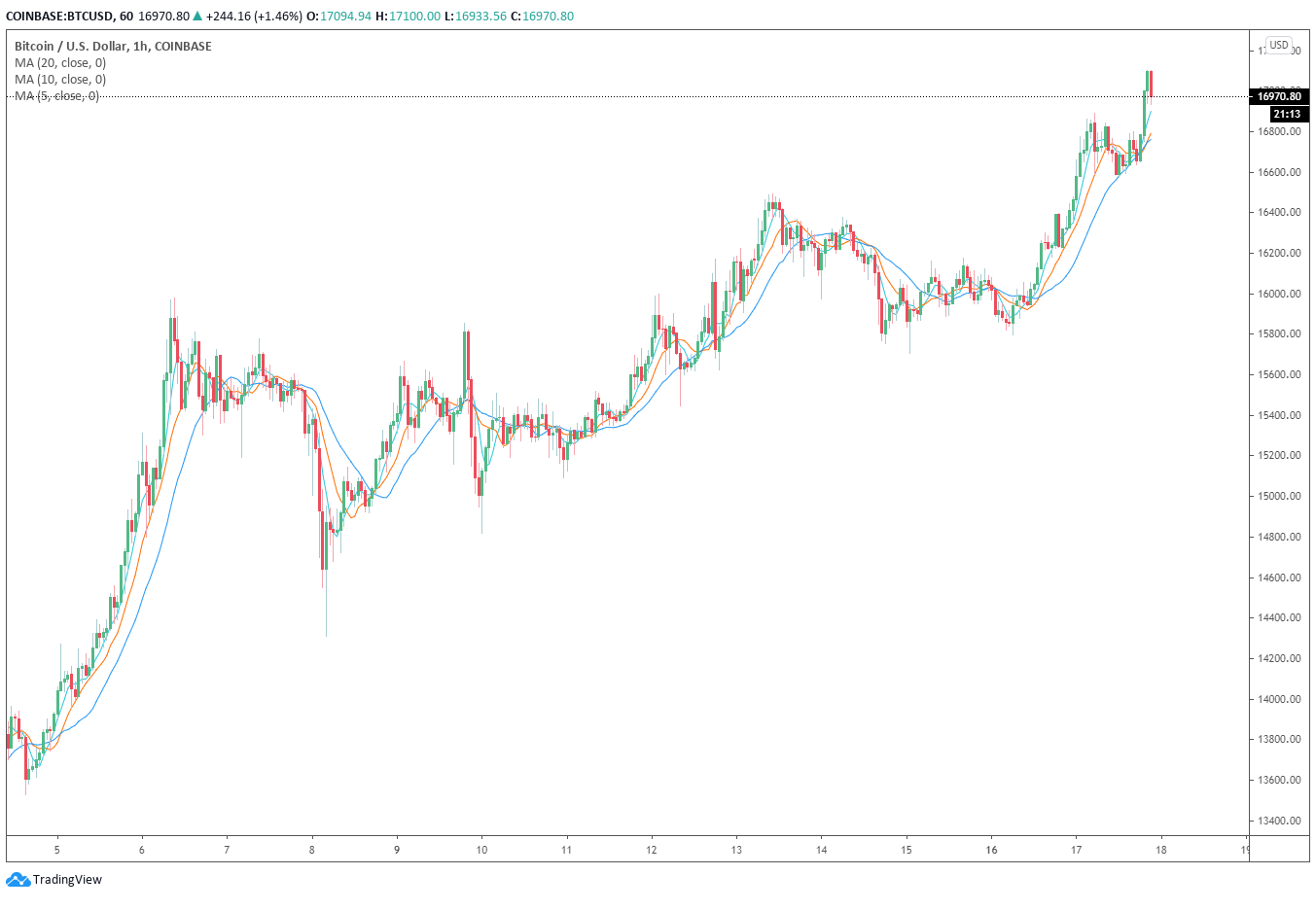 On Nov. 16, Cointelegraph reported that analysts found the Bitcoin price dipped below a parabola dating back to September.

Though the trend seemed concerning, new parabolic trends could reemerge in a bull cycle. As such, when BTC dropped below the parabola, some analysts said that BTC could form a new parabolic uptrend.

Typically, when Bitcoin falls out of a parabola and enters a short-term bear cycle, the price dips rapidly and can correct by as much as 80%. In the case of BTC in the past few days, it remained stably above $16,000.

The stability of Bitcoin decreased the probability of a sharp near-term drop, eventually leading BTC to rally.

There was a strong narrative for Bitcoin to see a deep short-term correction. Gold, for example, dropped, as Moderna’s vaccine trial results were positive. BTC saw a large resistance level at $17,000 due to on-chain orders, making it a difficult area to break past.

Yet, the momentum of Bitcoin was simply too strong to avoid a massive rally. When BTC was showing stability following the initial breakout of the parabola, traders said the technical pattern is optimistic.

Trends that typically arise during bull cycles are beginning to show again as well. According to on-chain analytics firm Intotheblock, 99% of the addresses holding Bitcoin are profitable. The firm said:

“Roughly 99% of the addresses currently holding BTC are experiencing profits. There are only 164.11 ‘thousand addresses that bought 44.91 thousand BTC that are still out of the money.’ We could be experiencing soon a 100% profitability for every Bitcoin owner.”

Some might argue that this metric suggests many investors could take profit and thus create a pullback. But, as Bloomberg reports, this rally has been mostly silent in terms of mainstream involvement, which makes a sudden take-profit rally less probable.

Throughout November, Cointelegraph reported that whales and miners were selling large amounts of Bitcoin. This meant that there was significant selling pressure being placed on Bitcoin in the past month.

Yet, Bitcoin’s price still reached $17,000 despite the immense selling pressure placed upon it by whales.

On Nov. 15, Cointelegraph also reported that a whale either shorted or sold $100 million worth of Bitcoin on Bybit.

At the time, the Bitcoin price was trading just under $16,000, at around $15,900. The recent price spike above $17,000 indicates that many whale sell or short orders likely got squeezed in the past several days.

The combination of Bitcoin’s resilience, the making of a potentially new parabolic trend, and BTC withholding whale pressure makes the medium-term prospect of BTC optimistic.