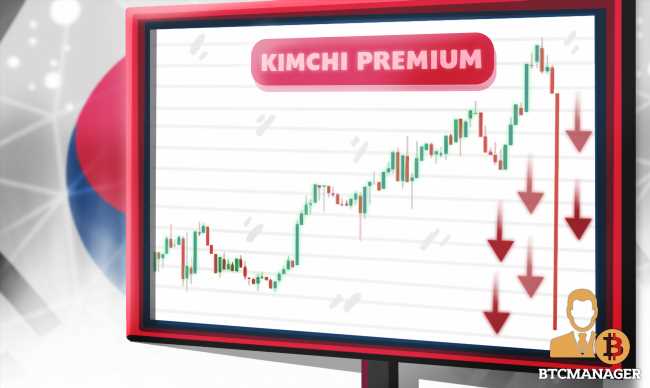 Bitcoin raced to an all-time-high (ATH) of over 61k for the first time in its 12-years history earlier this year. However, the world’s flagship crypto has found it a herculean task surpassing that price region for several weeks now, with the bitcoin price now hovering around just above $57k.

However, the story is not the same in the South Korean cryptocurrency market, as the Kimchi premium pushed the bitcoin price above 79,422,000 won ($71,000) on the Upbit exchange in the early hours of April 7, 2021, a strong indication of where the market might be headed next in the coming days or weeks.

For the uninitiated, the kimchi premium is simply an indicator named after a traditional dish in South Korea and it shows the spread between the price of digital assets in the country and the global markets.

Notably, the 23 percent kimchi premium on the price of bitcoin witnessed earlier today has since started nosediving in tandem with the bitcoin price on the global market. According to a tweet by a Twitter user with the handle @lawmaster, the kimchi premium crashed from 23 percent to just around nine percent.

While some observers have attributed the sudden decrease in the kimchi premium to the sharp correction in the price of bitcoin (BTC), others argue that the emergency suspension of deposits and withdrawals on the Upbit exchange is responsible for the crash.

While the kimchi premium, which has gone as high as 600 percent in the past, presents an arbitrage opportunity to smart Korean traders, the government has however been trying hard to close this goldmine to no avail.

As reported by BTCManager in September 2018, the Bank of Korea, the nation’s apex bank called on financial authorities to put in place tight surveillance that would effectively eradicate the kimchi premium.

With the price of bitcoin continuing its downward slide ($57,607), it remains to be seen whether the orange coin will still find a way to kiss $70k this season as predicted by the almighty kimchi premium.