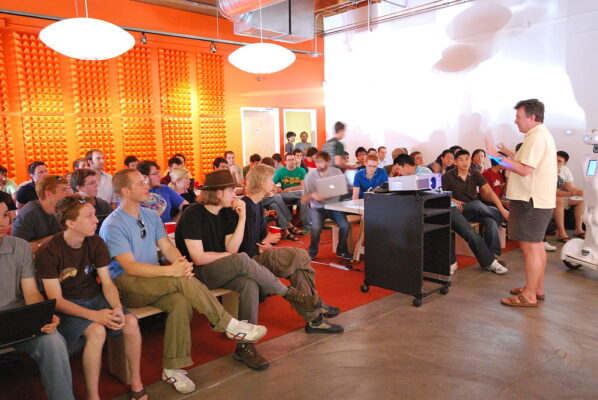 “A friend of mine who is basically never wrong about financial questions converted 80% of his Bitcoin into Ethereum.”

It’s not very clear who this friend is. Presumably not Fred Wilson because he probably was 80% in eth already, even predicting a flipping back in 2017.

Many of these influential VCs in Silicon Valley are also probably eth first because ethereum has given rise to a lot of crypto native startups in different waves of innovation.

The current one being tokenized jpegs NFTs which are venturing into gaming with students now getting paid in tokens to play with the NFTs of richer individuals to develop points and levels so the NFTs ”earn’ more or are worth more.

And that’s just the beginning, with it possible we get some ping pong between defi and NFTs as boom-iness or focus goes to one and then the other.

Bitcoin however can’t easily be dismissed because it’s kind of set in stone. In substance, bitcoin 2021 is pretty much the bitcoin released in 2009 with pretty much zero changes whatever except at the very edges that effectively make no difference.

Hence you can be surer than for any other crypto that its fixed limit won’t change, at least not without a huge debate and another fork.

Thus it’s probably not quite either bitcoin or eth as around late 2017 it became clear that bitcoin has the ideological fighting spirit, while eth has the techy toys. Both would be a lot poorer without the other.

Silicon Valley however began betting on eth specifically after the blocksize debate, so for many of them it is just eth and in this case 20% of bitcoin.

In this case presumably because eth is having a halvening of sorts with 42,000 eth now burned. So this ‘never wrong’ friend is maybe just playing form in as far as if eth’s supply is reducing, then eth’s ratio against bitcoin should increase provided all else remains the same or even better, if demand actually rises in anticipation of the supply and demand rebalancing.

Where substance is concerned however, Tesla hasn’t bought eth yet, although Elon Musk has, perhaps in part because eth keeps changing supply parameters, although usually towards less new supply.

So which utility is more valuable is not clear. A dumb blockchain that does little more than guarantee an assured fixed limit, or a smart chain that is still in the process of figuring out long term supply, but has pretty cool financial apps or qualities that now extend to gaming in a post-prototype manner as Axie Infinity has passed one million active users in a first where crypto/tokenized games are concerned.

The safest bet is probably a bit of both where long term is concerned, with the two assets probably complementary rather than in direct competition at least for now, unless we do get a flippening this time which would require a doubling of the ratio.