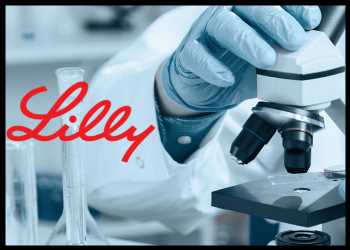 Drugmaker Eli Lilly and Co. (LLY) reported Thursday a profit for the fourth quarter that decrease 18 percent from last year, reflecting a steep reduction in other income and lower operating income, partially offset by lower income tax expense. However, both adjusted earnings per share and revenues topped analysts’ expectations. The company also reaffirmed its adjusted earnings and revenue guidance for the full-year 2022.

Excluding items, adjusted earnings for the quarter were $2.49 per share, compared to $2.31 per share in the prior-year quarter.

On average, eight analysts polled by Thomson Reuters expected the company to report earnings of $2.18 per share for the quarter. Analysts’ estimates typically exclude special items.

The increase in revenue reflects volume growth of 11 percent, , partially offset by a 3 percent decrease due to lower realized prices.

Revenue in the U.S. increased 13 percent to $5.18 billion, and revenue outside the U.S. decreased 1 percent to $2.82 billion from last year.

The Street is currently looking for earnings of $7.54 per share on revenues of $24.88 billion for the year.