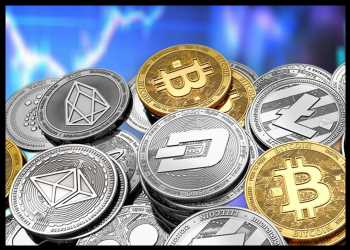 Crypto assets diverged from trends in equity assets as markets worldwide waited for the Fed to hand over its decision on hiking interest rates to combat inflation. Crypto markets dropped more than 3 percent overnight while equity markets in Europe rallied amidst an unscheduled meeting of the ECB to take stock of the market situation. Wall Street Futures are also in green zone whereas Asian indexes had closed mixed earlier. While the Fed is widely expected to opt for a 75-basis points hike, any softer measure would likely cheer the many asset classes including cryptos.

While the ECB meeting pushed down bond yields, it also pushed the Euro higher, dragging down the Dollar Index.

Crypto market capitalization is currently at $903 billion, down more than 3 percent on an overnight basis.

Meanwhile, Tether has in a blogpost condemned false rumors about its commercial paper holdings. Tether announced that over 47 percent of total USDT reserves are now US Treasuries and that commercial paper makes up less than 25 percent of USDT’s backing.

Exacerbating the pain of a likely massive rate hike by the Fed are concerns emanating from the DeFi and stablecoin categories. The push to expedite the scope of regulations to crypto world as well as the concerns related to corporates with large crypto exposures are also haunting the wider crypto world. But for now, the focus appears to be on how much the Fed will hike rates. It is an anxious wait indeed.

15/06/2022 Bitcoin Comments Off on Cryptos Wait For Fed’s Decision – Will This Crypto Crash Be Transitory?
Markets