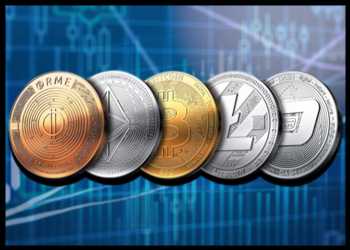 Crypto market sentiment remained muted early on Friday amidst lingering concerns over the macro-economic situation. While the Dollar’s climb appeared to slow down, fears of aggressive rate hikes and likely recession continue to haunt market sentiment.

Annual inflation in Germany jumped to 10 percent in September, while in France it cooled off to 5.6 percent. The Euro Area inflation reading for September came in at 10 percent, versus the previous month’s reading of 9.1 percent and a consensus estimate of 9.7 percent, triggering fears of aggressive action by the European Central Bank.

Crucial PCE data from the U.S. released on Friday showed Personal Spending rising by 0.4 percent and Personal Income rising by 0.3 percent. A host of Fed officials are also expected to speak later in the day, which would be keenly watched by the markets for cues on the likely interest rate trajectory.

Overall crypto market capitalization lingered close to the previous day’s level of $945 billion. Around 75 percent of the top 100 cryptocurrencies are trading in the green zone currently.

Meanwhile, according to CoinGape, the CFTC Commissioner Christy Romero has reiterated that the Commodity Futures Trading Commission still considers Ethereum as a commodity even after its transition to Proof of Stake. Ethereum had transitioned from Proof of Work to Proof of Stake consensus on September 15 and Wall Street Journal had shortly thereafter quoted the SEC Chief Gary Gensler as saying that cryptocurrencies and intermediaries that allow holders to “stake” their coins might pass a key test used by courts to determine whether an asset is a security.

6th ranked XRP (XRP) has gained more than 9 percent in the past 24 hours amidst reports that a judge involved in the proceedings has overruled SEC’s attempts to withhold the documents relating to former Division Director William Hinman. The documents relate to Hinman’s speech in 2018 where he is said to have mentioned that Bitcoin and Ethereum are not securities.

8th ranked Cardano (ADA) and 10th ranked Dogecoin (DOGE) are trading close to the flatline. 9th ranked Solana (SOL) has gained around a percent in the past 24 hours.

19th ranked UNUS SED LEO (LEO) is the top gainer with an uptick of 11 percent.

84th ranked Ravencoin (RVN) is the greatest laggard with a 2.6 percent overnight decline.