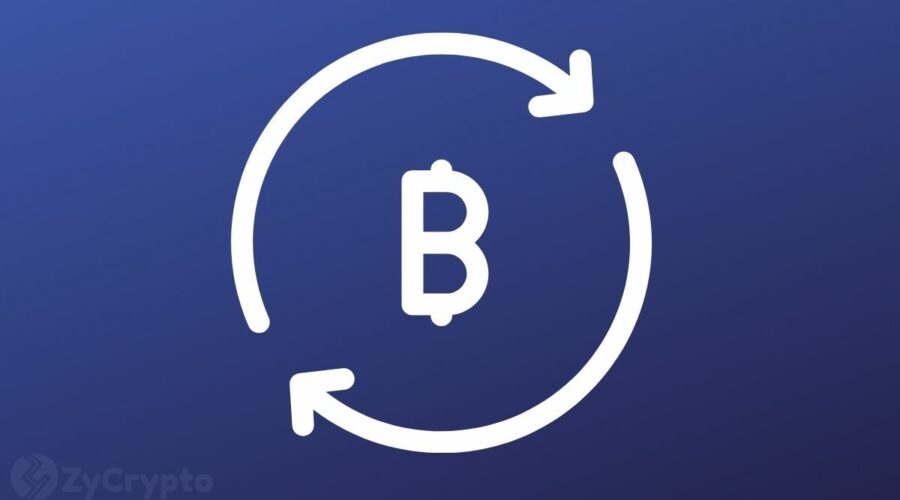 Although bitcoin will never become a part of former Treasury Secretary Steven Mnuchin’s portfolio, he is not against other people loading up on the cryptocurrency.

The comments fly in the face of Mnuchin’s years-long hostility towards the world’s most valuable cryptocurrency.

Mnuchin’s Stance On Bitcoin Has Evolved Since Leaving Office

Since ex-President Donald Trump unexpectedly bashed bitcoin in a tweetstorm in 2019, Mnuchin addressed cryptocurrency publicly on several occasions. On all these times, the former Goldman Sachs executive ranted about the flagship cryptocurrency’s association with criminals and vowed to pursue “very, very strong” enforcement to crack down on nefarious usage such as money laundering and ensure that bitcoin didn’t become the equivalent of Swiss-numbered bank accounts.

Make no mistake. Trump wanted to choke the life out of bitcoin. Last year, some in the industry feared that the outgoing Trump administration would seek a complete crypto ban after reports emerged that the former president had instructed Mnuchin to go after bitcoin. Interestingly, a Twitter poll administered last February by Stock-to-Flow creator PlanB portrayed the then-Treasury Secretary as the greatest concern for most crypto enthusiasts.

It’s important to recall that Mnuchin attempted to implement new regulation regarding self-hosted cryptocurrency wallets. However, the infamous proposed rule — which some analysts said would be detrimental to the crypto industry — is yet to be officially introduced.

And now, Mnuchin is pretty much okay with people buying bitcoin as an investment alternative just like gold.

“If people want to buy bitcoin as a substitute, no different than buying gold or some other asset, it’s fine. I don’t personally want to have it in my portfolio but if people want to, that’s perfectly fine,” Mnuchin said in a new interview clip released on Thursday by CNBC’s Squawk Box.

He then admitted that his stance on cryptocurrencies has slightly changed since leaving office. Nonetheless, he reiterated that he won’t be touching bitcoin with a ten-foot pole despite being fascinated by the crypto’s underlying blockchain technology.

That said, Mnuchin maintained that bitcoin investing should be done in a fully regulated world that’s compliant with the Bank Secrecy Act (BSA), recalling that regulators in the Office of the Comptroller last year approved that banks could act as custodians for crypto customers.

Janet Yellen, Mnuchin’s replacement, is yet to display any liking for bitcoin and the aggregate crypto market. Earlier in the year, Yellen cautioned that bitcoin is “extremely inefficient” and “highly speculative”. She also emphasized the need to work with regulators to develop a proper regulatory framework for crypto assets.