Glassnode’s report points out that the bitcoin network’s health and liquidity have both reduced since last week, however, the sentiment remains the same. This is an interesting development that is one-sided, ie., only happens during price ascent.

Let’s address why this is the case with the sentiment in this article. 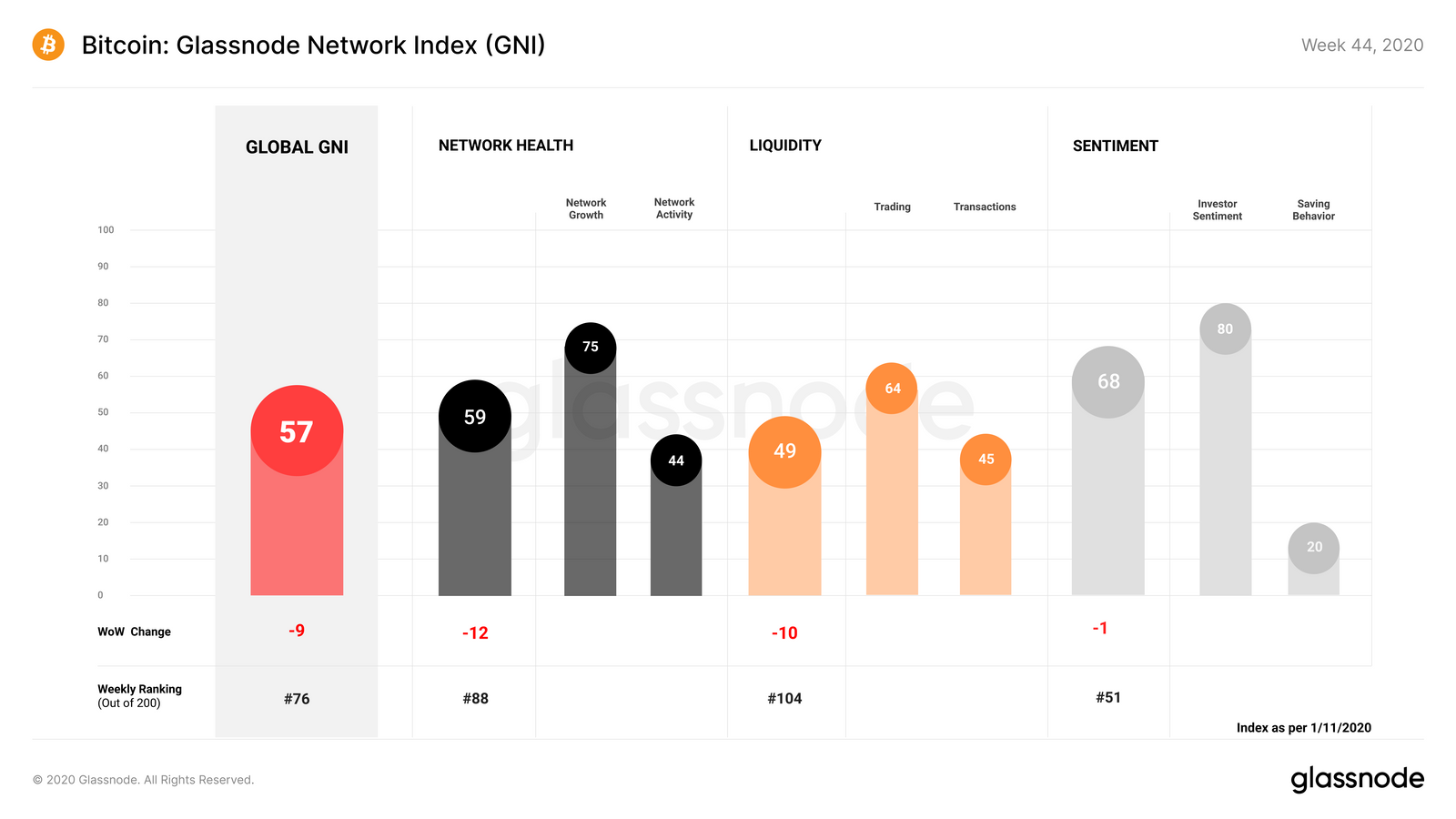 Sentiment is something that changes when there is a sudden movement or price crossing a certain psychological level(s). In the last week, bitcoin consistently surged higher during the 1st half, however, these surges are being undone in the latter half of the week.

Although the undoing of the surges is taking place slowly, the sentiment will not change with it. Hence, this is why we are seeing a constant sentiment level.

In fact, the FGI shows that people are still greedy [71] and it has increased from 61 during the last week.

While bitcoin’s price is slowly dropping, here’s how hodlers or people who invested are doing – they have already taken profits or are still taking, which explains the slow drop in prices. The same can be seen in the MPL indicator, which shows that the profit -line [green] has topped off and the loss-line [red] has bottomed off too.

Since February, the profit-line has constantly formed a higher high since Feb 2020. The last time this happened was from Feb 2019 to July 2019.

Moreover, the loss-line has reached levels last seen in December 2017. If the same takes place now, which it might, considering the Profit-line topping, we can expect bitcoin to drop lower. This scenario fits, perfectly into the larger picture of bitcoin, which has formed a bearish rising wedge.

Moreover, the daily SOPR shows a reduction, which falls in line with the reducing price and MPL. Overall, the sentiment indicator is a lagging indicator at times like these, however, during crashes, it adjusts very quickly due to a sudden movement. Either way, bitcoin has topped off at $14,000 and we might see some consolidation before it makes another move, bullish or bearish.