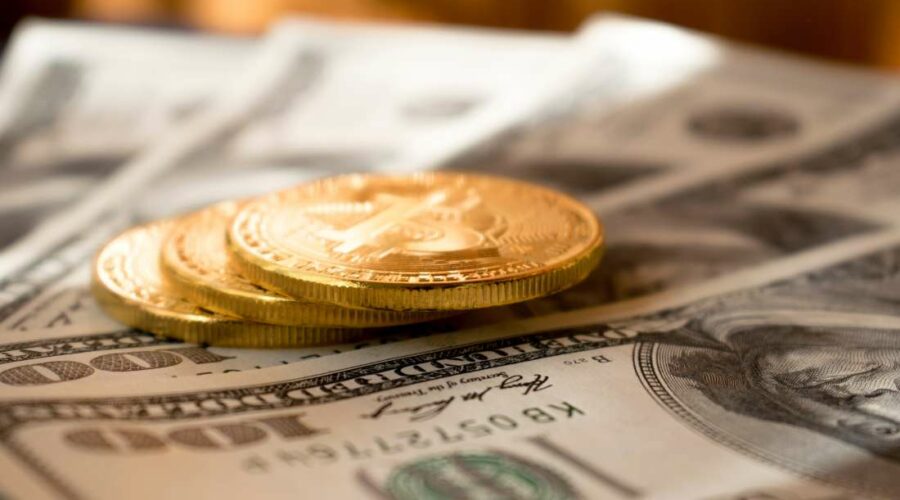 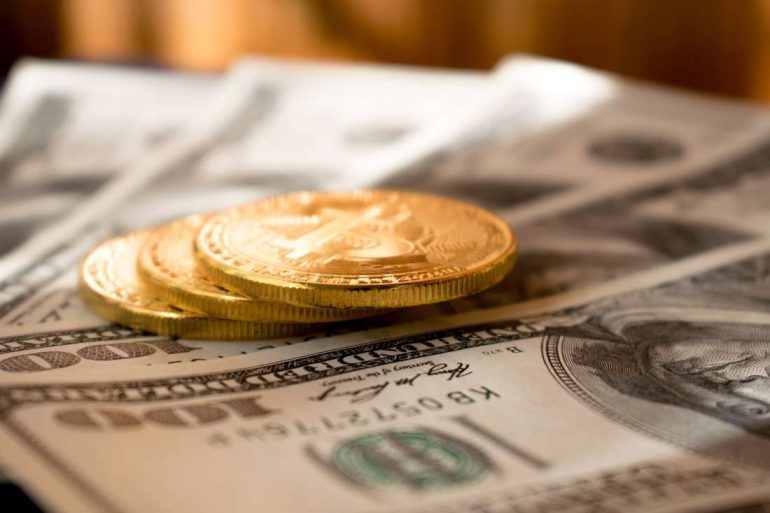 Terra and Crypto Twitter community member @FatManTerra has suggested that Roger Ver is the high net worth individual who owes CoinFLEX $47 million. @FatManTerra also added that CoinFLEX allowed him ‘to run a deficit because he personally guaranteed he would pay them back.’ He explained:

A verified insider has confirmed that the “high net worth individual” who owes CoinFLEX money is Bitcoin Cash advocate & CoinFLEX shareholder Roger Ver.

Ver had a long on BCH, and the platform allowed him to run a deficit because he personally guaranteed he would pay them back.

CoinFLEX Announces Plans to Raise $47 Million Through A Recovery Token.

@FatManTerra’s theory comes from news that CoinFLEX was planning to raise $47 million through a recovery token, rvUSD. The token will be issued at a rate of one USDC per rvUSD, with a maximum of 47 million being allocated.

According to the rvUSD whitepaper by CoinFLEX, the recovery token launch is the result of a high net worth individual owing the platform exactly $47 million. They explained:

rvUSD is a token issued by Liquidity Technologies Ltd. (“CoinFLEX”) related to an outstanding debt owed by a certain high net worth individual (the “Individual”) to CoinFLEX.

The Individual is a long time customer of the CoinFLEX platform and during the recent market volatility, his account went into negative equity. In normal circumstances, we would auto-liquidate a position that runs low on equity at prices that are prior to the zero-equity price.

In this case, the Individual had a nonliquidation recourse account, a condition that means they will not be liquidated in exchange for personally guaranteeing their account equity in writing.

Roger Ver Denies Rumors That He is the High Net Worth Individual Behind CoinFLEX’s Woes.

However, Bitcoin Cash’s Roger Ver has since issued a statement via Twitter debunking rumors that he is the individual who owes CoinFLEX $47 million.

In his explanation, Mr. Ver pointed out that he owes no debt to the ‘counter-party.’ Furthermore, the counter-party actually owes him money, and he is currently ‘seeking the return’ of his funds.

His statement on the entire situation, including a response from @FatManTerra, can be seen in the following screenshot. 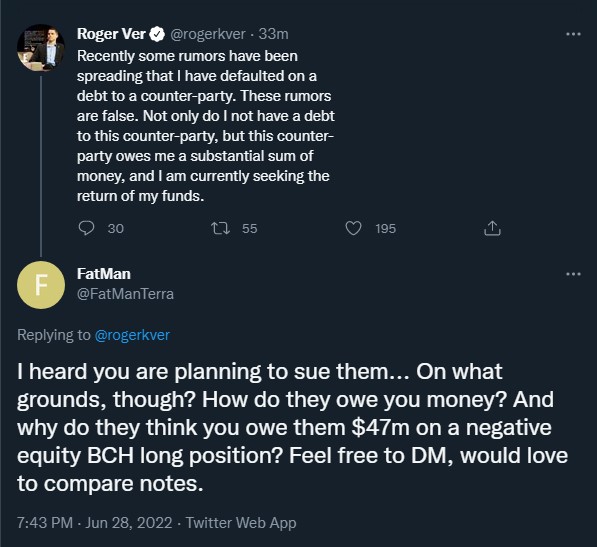