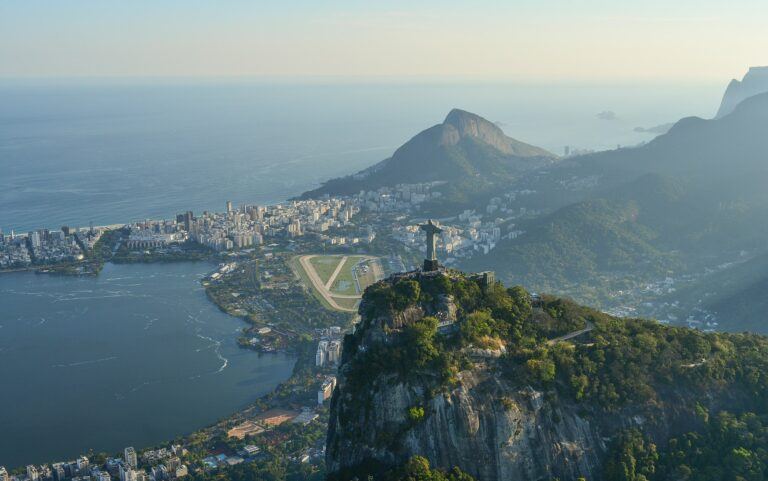 The mayor of Rio de Janeiro, the financial heart of Brazil, has revealed he is planning on allocating 1% of the city’s treasury reserves to buy cryptocurrency, a move that would make Rio de Janeiro de first Brazilian city to buy BTC and potentially other cryptoassets.

According to a report published by local news outlet O Globo, the city’s mayor Eduardo Paes revealed his plans at Rio Innovation Week as he discussed the subject with Miami’s bitcoin-loving mayor Francis Suarez.

During the chat, Eduard Paes said:

We are going to launch Crypto Rio and apply 1% of the Treasury in cryptocurrency.

While several news outlets have reported the city will be investing in the flagship cryptocurrency bitcoin, Paes did not specifically mention any cryptoasset. In the event, the 52-year-old Brazilian mayor praised Suarez’s efforts to transform Miami into a cryptocurrency hub.

As CryptoGlobe reported, the mayor of Miami has revealed he is open to exploring allocating 1% of the city’s treasury reserves into bitcoin. Suarez has been exploring the cryptocurrency over the last few weeks.

The allocation, according to available data, would be significantly smaller than the investments several firms have made into bitcoin last year. MicroStrategy, for example, has bought over $3.7 billion worth of BTC, while Miami’s allocation could be around $20 million.

Brazil’s Rio de Janeiro is also looking to provide people with a 10% discount on taxes when they pay them using the flagship cryptocurrency bitcoin, with the goal of incentivizing people and companies from the cryptocurrency space to join the region.

Notably, in November of last year, Brazilian congressman Luiz Goularte Alves proposed a bill to allow public and private sector employees to get paid in BTC. The bill would allow employees to choose a specific percentage of their salaries that would be paid in crypto.