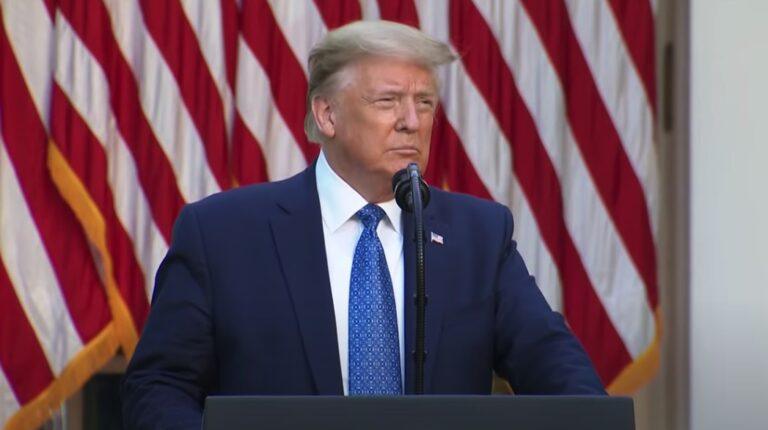 The non-fungible token (NFT) digital trading cards launched by former U.S. President Donald Trump have seen their price surge as daily sales jumped over 800%. Sales are skyrocketing as it appears Trump is getting ready to be active on major social media platforms Facebook and Twitter.

According to data from CryptoSlam, shortly after being launched Trump’s digital trading cards saw their sales volumes skyrocket to $3.5 million a day before dropping considerably to less than $30,000 per day less than a month later. The drop saw sales volumes trend down up until the last few days, when sales jumped 800%.

The NFTs were originally priced at $99 each, with a total of 45,000 collectibles being minted on the Polygon ($MATIC) network, which is a Layer-2 scaling solution for Ethereum that provides users with faster transactions and lower costs as a parallel blockchain running alongside the main Ethereum network.

The digital collectibles depict the former U.S. President as a superhero, as a cowboy, and in other roles. They were initially sold with a chance to win special perks, like access to a meet-and-greet with him.

The floor price of these NFTs, which is the cheapest-listed price of an NFT for a specific project, started at around 0.05 ETH, and has since skyrocketed to 0.33 ETH.

The jump in sales volumes and prices seems to be related to recent reports suggesting the former U.S. President is getting ready to become active on both Facebook and Twitter in th near future. Trump was banned from these platforms after the January 6 attack on the U.S. Capitol Building, but has since been reinstated on Twitter after the microblogging platform was acquired by Elon Musk, and a poll saw users vote for his return.

According to NBC News, Trump’s team has also petitioned Facebook to reinstate his accounts, suggesting he will become active on social media once again. While the NFTs are widely criticized as a cash grab, their public sale sold out within a day, and prices on the secondary market have kept on rising.

Trump has himself said that the NFT art images are “sort of cute,” pointing to it as a reason to launch the collection.