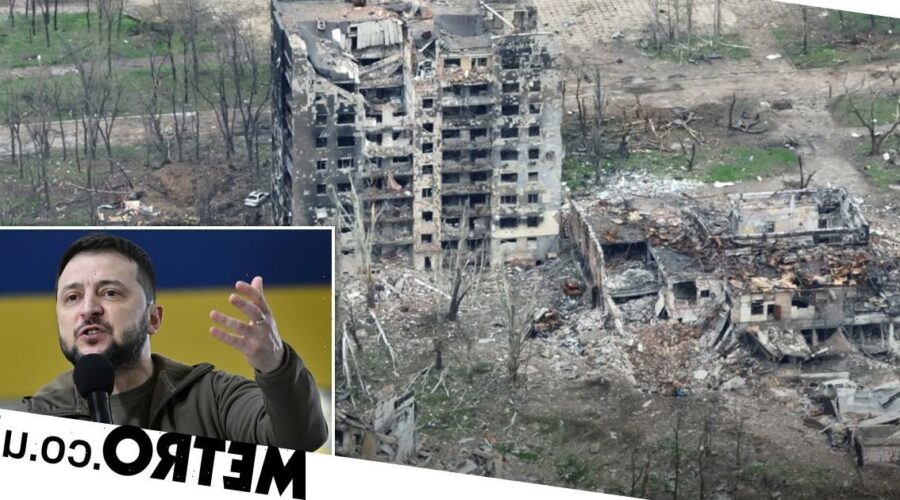 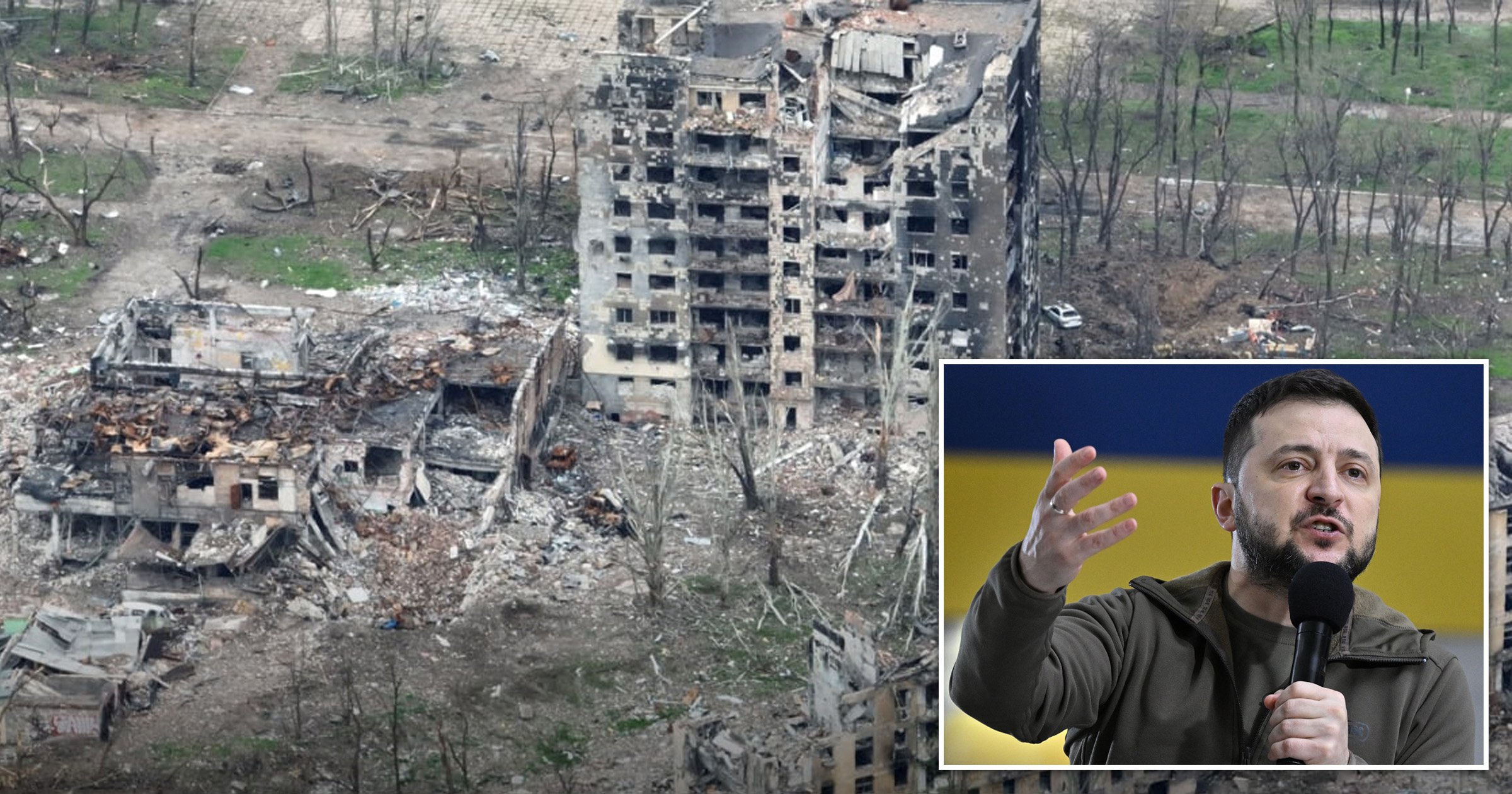 Thousands of residents from besieged cities are thought to have been sent to camps before they are forcibly relocated to Russia.

Now Volodymyr Zelensky has accused Russia of being a terrorist state whose behaviour in the port city of Mariupol is akin to Hitler’s Germany.

‘New facts about the crimes of the occupiers against our Mariupol residents are being revealed,’ he said.

‘New graves of people killed by the occupiers are being found. We are talking about tens of thousands of dead Mariupol residents.’

The Ukrainian leader said Vladimir Putin’s men had deported at least 500,000 Ukrainian citizens from occupied cities to Russia, seizing their identification documents and depriving of them of communication.

‘This is deportation. This is what the worst totalitarian regimes of the past did,’ he told Portugal’s parliament on Friday.

‘They are distributed to the remote regions of Russia. The occupiers set up special filtration camps to distribute people. Some of those who get there are simply killed.’

Russian troops are continuing to attack the southern city of Odessa with five missile strikes on Saturday reportedly wounding 18 people and killing eight, including a three-month baby girl.

‘How did she threaten Russia? It seems that killing children is just a new national idea of the Russian Federation, ‘ Mr Zelensky asked.

He said Vladimir Putin’s troops launched seven missiles from an aircraft near the Caspian Sea with Ukrainian forces managing to shoot down two.

Russia’s defence ministry said it targeted a weapons depot in the city and accused Ukraine of preparing a ‘provocation with the use of toxic chemical substances’ that it would subsequently blame on Russia.

Russia-Ukraine war: Everything you need to know

Since Russia’s invasion of Ukraine began on February 24, the country has suffered widespread damages and loss of life amid a major bombing campaign.

Millions of people have fled the country, with thousands of British people opening up their homes to Ukrainian refugees.

During the course of the war, Ukraine’s President Volodymyr Zelensky has remained in Kyiv, despite the Ukrainian capital being subjected to a barrage of bombing.

Zelensky has continuously pushed for aid and support from world leaders, as well as pressing for fast-tracked NATO membership.

Meanwhile, Russia’s President Vladimir Putin has been widely condemned for his attack on Ukraine.

His actions have been met by harsh economic sanctions, bans from competing in major sporting events, and countries moving away from using Russian oil.

Mr Zelensky renewed calls for a meeting with the Russian president to ‘end the war’ adding that he was ‘not afraid’ to come face-to-face with Mr Putin.

‘I think that whoever started the war will be able to end it,’ he said.

The Ukrainian president is set to meet US Secretary of State Antony Blinken and Defence Secretary Lloyd Austin in Kyiv on Sunday.

Their visit comes following those of a series of European leaders, including Prime Minister Boris Johnson.