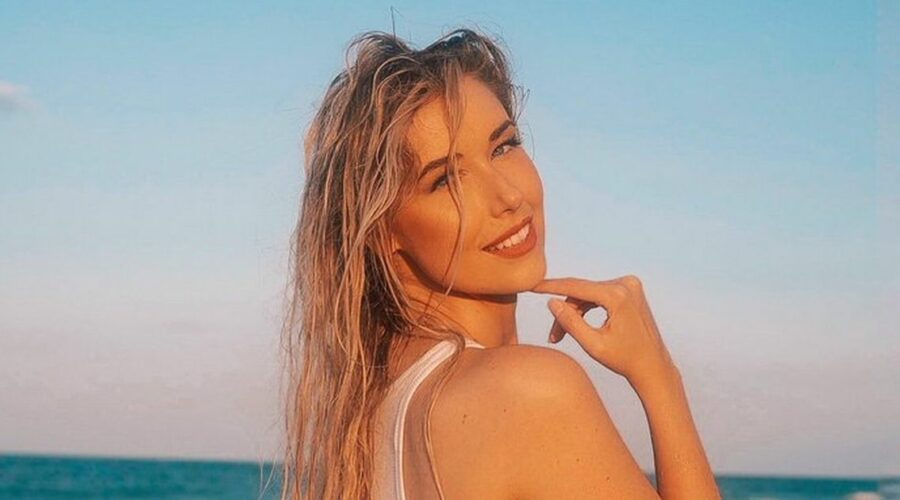 The daughter of WWE wrestling legend Mick Foley has promised to give fans some 'spicy' content after launching her OnlyFans account.

Noelle Foley, 28, set up a page on the adult website last week after teasing the move on Twitter for several days.

Her dad Mick, 56, is one of the wrestling world’s most notable figures as a former WWE Champion and a star of the iconic Attitude Era.

The daredevil, who uniquely wrestled under the guise of three different characters during his tenure with the company, is renowned for the incredible punishment he was willing to take in his matches.

In 1998 he was thrown 20 feet from the top of a steel cell, crashing through a commentary table in an unforgettable clash with The Undertaker – before falling through the cage and onto the ring below.

But Noelle has decided to cut loose in her own way with the promise of some very revealing snaps, which she claims will be "much spicier" than the "pretty wholesome" content she currently posts to her 1million fans on Instagram.

Talking about her big decision to go live on the site, she told US men's publication Mel magazine: "Back in the day, I used to do some sexy shoots, and that’s how I established a big following.

"I had finally settled down and stopped doing those, but when I saw how much of an income was possible from posting sexy pictures, I was like, why the heck not?"

"It’ll be sexier content like bikini shoots, lingerie and cosplays. I really love dressing up, so I’m excited to do some fun cosplays that I didn’t get to do for Halloween.

"On Instagram and Twitter, I really never open up my DMs, so OnlyFans will also be a place where you can actually talk to me. That hasn’t been available before.

Noelle also revealed that her choice to go on OnlyFans also resulted from her struggling to pay her medical bills.

She suffered a concussion back in 2019 and still suffers from lingering symptoms three years on.

The wrestling legend's daughter claims she has had 80 doctor's appointments so far this year alone, with none of these covered by health insurance — leaving her massively out of pocket thanks to the expensive US healthcare system.

Noelle also suffers from hyperacusis and various problems with her hearing.

She told Twitter that she is now looking into receiving stem cell therapy outside of her home country.