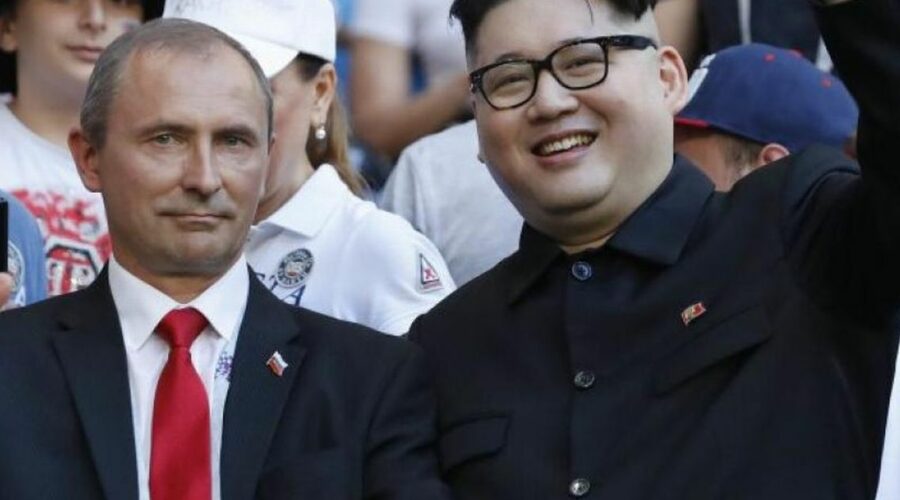 The world's only professional Vladimir Putin lookalike has revealed he fears for his safety after the bloodthirsty Russian autocrat launched an unprovoked invasion of Ukraine.

Slawek Sobala, a 53-year-old lookalike based in Wroclaw, Poland, admits he feels tense since Putin gave the order for a "special military operation" in Ukraine – and potentially opened the door to World War Three.

In Wroclaw around one in every ten residents is Ukrainian, according to New Eastern Europe.

Slawek fears the Ukrainians in his hometown, along with other anti-war protesters, will turn on him and threaten his safety.

"Before the war I wasn't afraid for my safety on the street, but now when the war started, when Putin attacked Ukraine I'm a little afraid because in our town Wroclaw, there's a lot of people from Ukraine who work and live here," he told the Daily Star.

Mr Sobala, who spoke mostly through his wife who has better English, is a cheery character and insists he's not in it for the money, as the job allows him to "see the world."

The 53-year-old runs a transport company as a day job and was tight-lipped about exactly how much he earns as a lookalike for one of the world's most famous men.

He is represented by UK-based Lookalikes Agency.

"I have worked as a Putin lookalike for eight years and during this time I have recorded a lot of videos and other work.

It was a good job, and good money for this kind of work but this is not the main job I have," he said.

"I run a transport company, the Putin stuff is extra income."

He and his wife Dorota have visited a lot of countries during Slawek's time as Putin's doppelganger. They've been to London several times, the US, Hong Kong, Macau and of course Russia.

But his opinions on Vladimir Putin have recently changed since he invaded Ukraine.

"Because of the war with Ukraine my perception of Putin changed," Slawek said.

"I had a lot of respect for him but now I think that this man did a lot of harm and I do not know today how I will play his role in the future.

"This situation with the war, I am standing with Ukraine. I think that they have to fight.

"I would like to help with my image of Putin, to show him the irony, that Putin also has a second face."

Asked what he would say to Putin if they ever meet, he said: "I would ask him to look at me and think how you can have the same face but perceive the world differently."

Asked has business surged since the war, Slawek added. "This war is nothing good and I do not think about earning money from it."

His wife noted some of the downsides of his likeness to the ruler, saying that people often hassle him for selfies.

She said: "For me sometimes it's funny when we do this job and we meet other lookalikes and have fun but sometimes it's uncomfortable because when we are with family and we walk on holiday, on the beach or in the restaurant, bar, people touch him and say: 'Hey, hey you look like Putin, can I get a picture with you?'"

"It's sometimes very uncomfortable for me."

Slawek has contacted the Russian Embassy in Poland to try and set up a meeting with Putin, "but they do not allow him in such situations" he said.