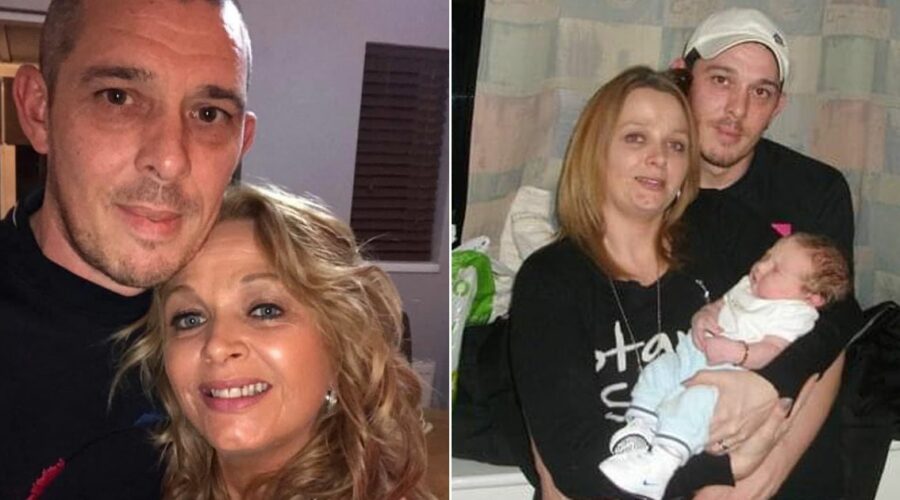 A woman who became a grandmother at 32 says they have been "frowned upon" for years despite raising a close-knit family and now earning 90k a year.

Tracy Jones, now 43, had her first son with her husband Trevor aged 15.

The young mum from Warwickshire was shocked when her son Wyatt revealed he was expecting a baby at 17-years-old, The Mirror reports.

But she says that being a young gran means she has more years to spend growing with her family.

Tracey is now celebrating her 25th wedding anniversary with her 45-year-old husband Trevor – even though her family called them a "disgrace" when she became pregnant back in 1993.

The couple are now proud to have two sons and seven grandchildren aged between 6 months and 10 years old.

Speaking to The Mirror, Tracy recalled: "Straight away dad said, 'Well if Trevor’s man enough to get you pregnant then he needs to be man enough to face your family'.

"So Trevor and my dad met for the first time when I found out I was pregnant – probably not the best meeting of all time!"

"Numerous times me and Harry have been out and they’ve just gone, ‘What do you mean, nanny? That’s not nanny, that’s mummy!'" Tracy told the Mirror.

"Harry’s laughing his head off and says, 'I know she looks young, but she is my nan'. He finds it funny as well, he’ll say ‘You’re dead young, aren’t you nanny?' I say that I don’t always feel it!"

Tracy currently earns a £90,000-a-year salary working for a non for profit housing association and her and Trevor own two homes, each with their own cars.

Life wasn't easy for Tracy and Trevor raising their children from a young age and on little money.

After welcoming their first son Wyatt, they rented a home in Coventry to start a new life together as a family.

Money was admittedly tight and Tracy says she was raising their son on just a £30-a-week allowance.

"It was tough, probably the first 10 years was a real struggle," says Tracy.

In 1996 the couple got married and welcomed their second child, Kaine., when Tracy was 18 and Trevor was 20.

"Now we have two homes – we rent one out, have a nice sized house we live in," Tracy said.

"We both have cars and drive. All of the things you wouldn’t have thought about having a child at 15 and 17."