A young woman has been forced to have both of her legs amputated below the knee after undergoing a nose job at a plastic surgery clinic in Turkey.

Sevinc Ceklik, 31, was 25-years-old when she decided to go under the knife to have a nose reduction surgery at a private hospital in Istanbul. 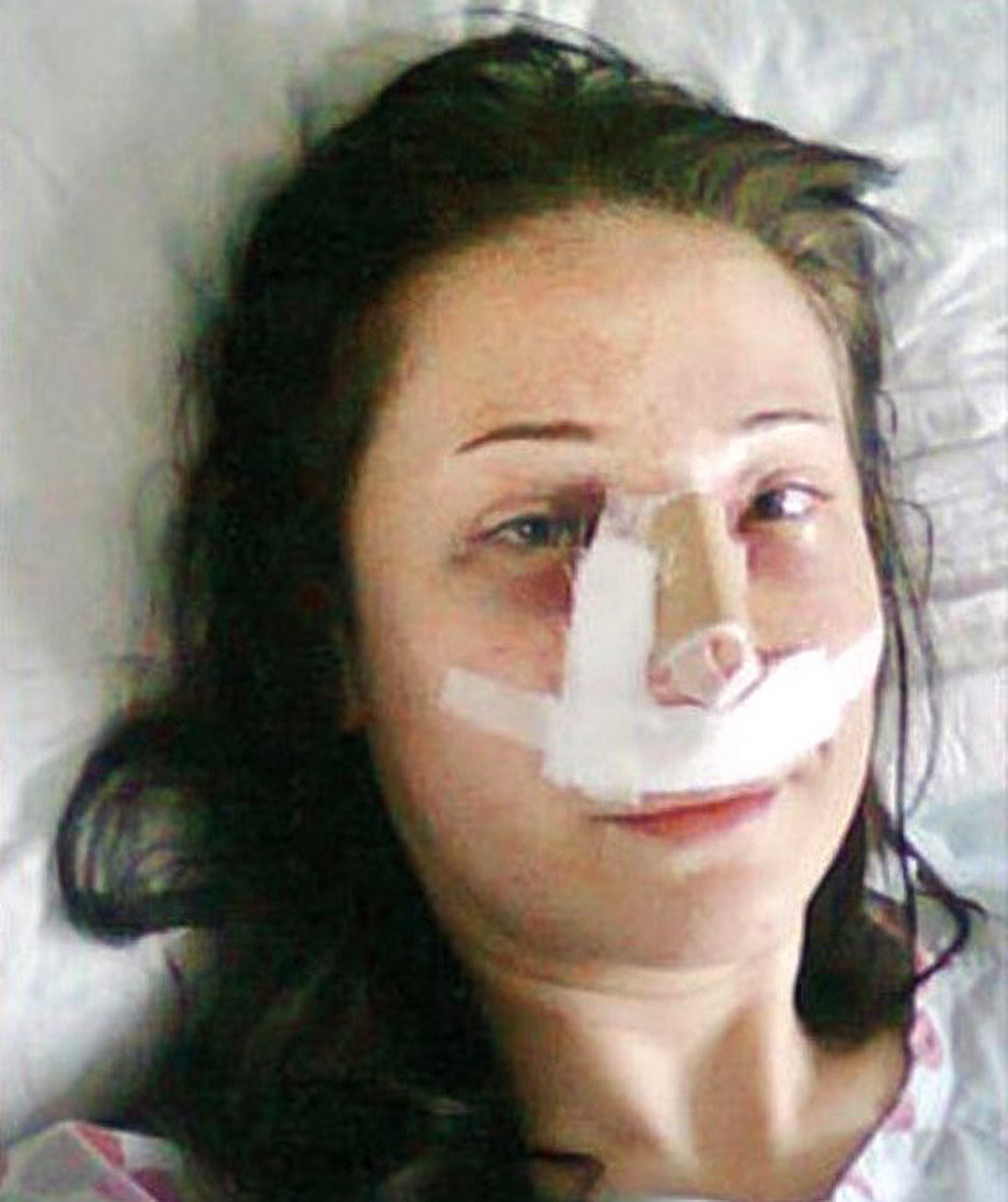 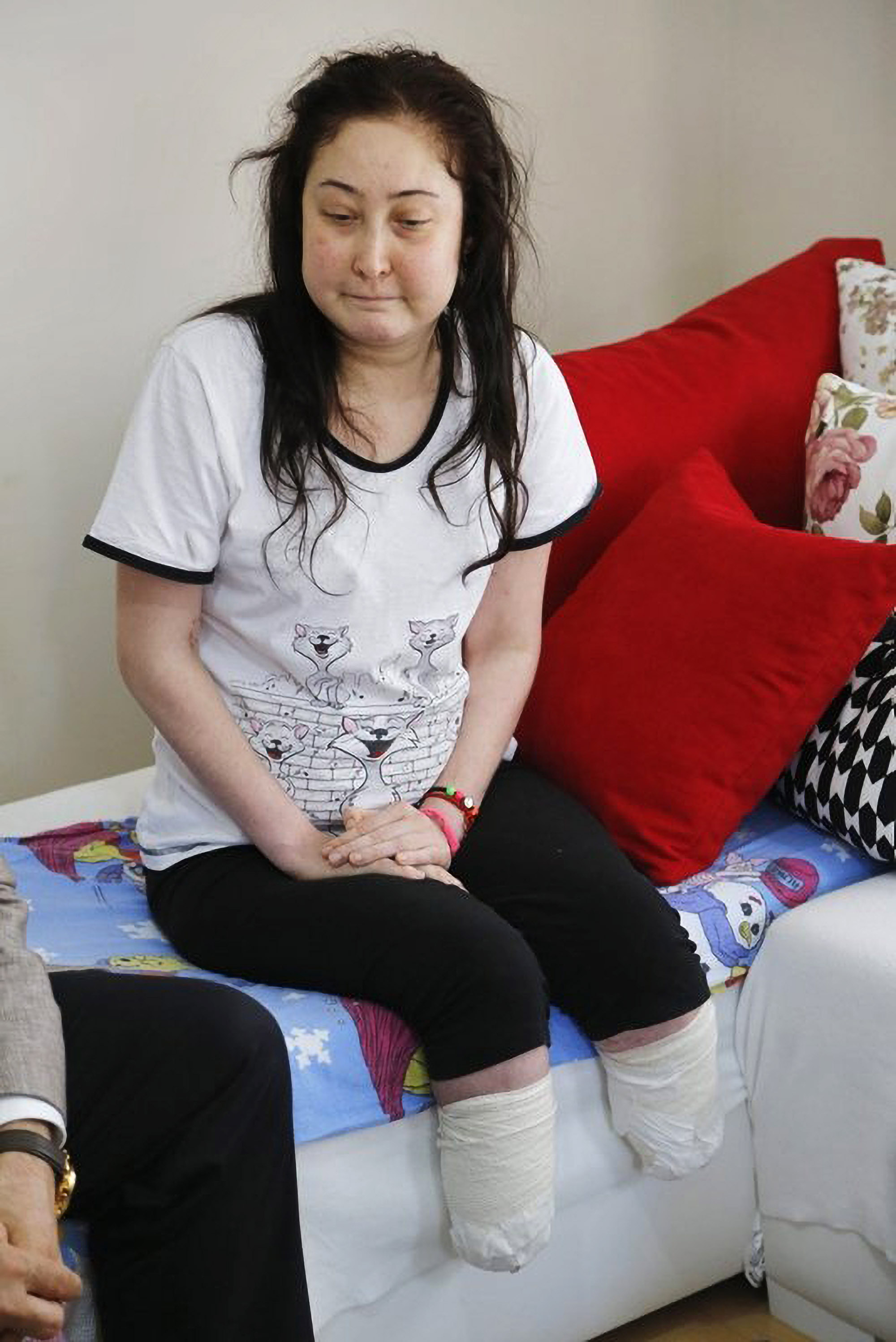 She had the two hour operation on May 2, 2014 and appeared to be doing well and was sent home by doctors.

Upon returning home, Ceklik developed a fever, which the hospital told her were "normal" symptoms after the procedure, according to local media.

The hospital continued to insist she was well, even when she attended the clinic to have the cast removed a week later.

Despite the doctors assurances, Ceklik's condition continued to deteriorate in the following days.

Her brother, whose name has not been disclosed, told how she was unable to eat as she constantly felt sick.

Her legs then turned black, forcing her to be hospitalised in a critical condition where emergency doctors diagnosed her with blood poisoning. 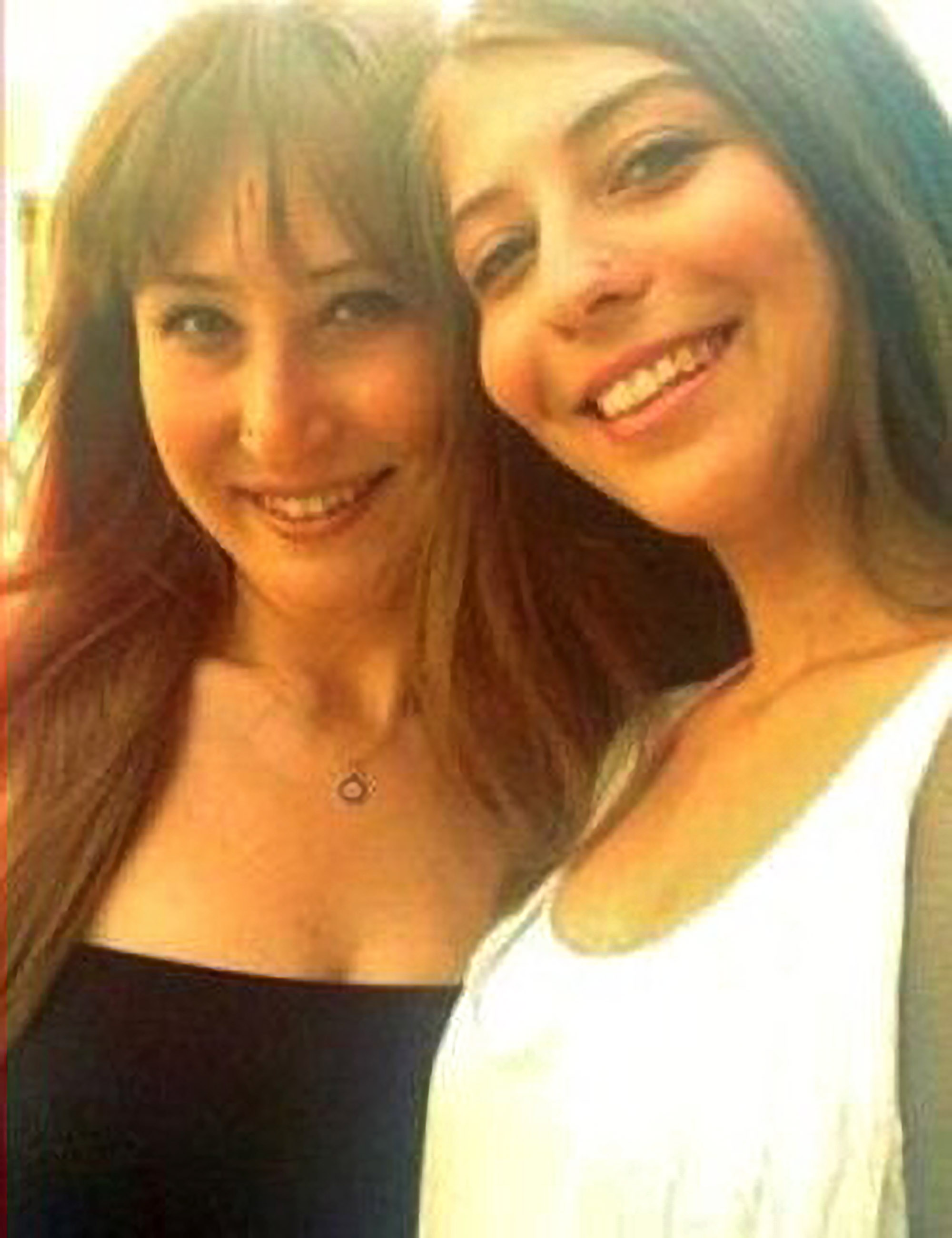 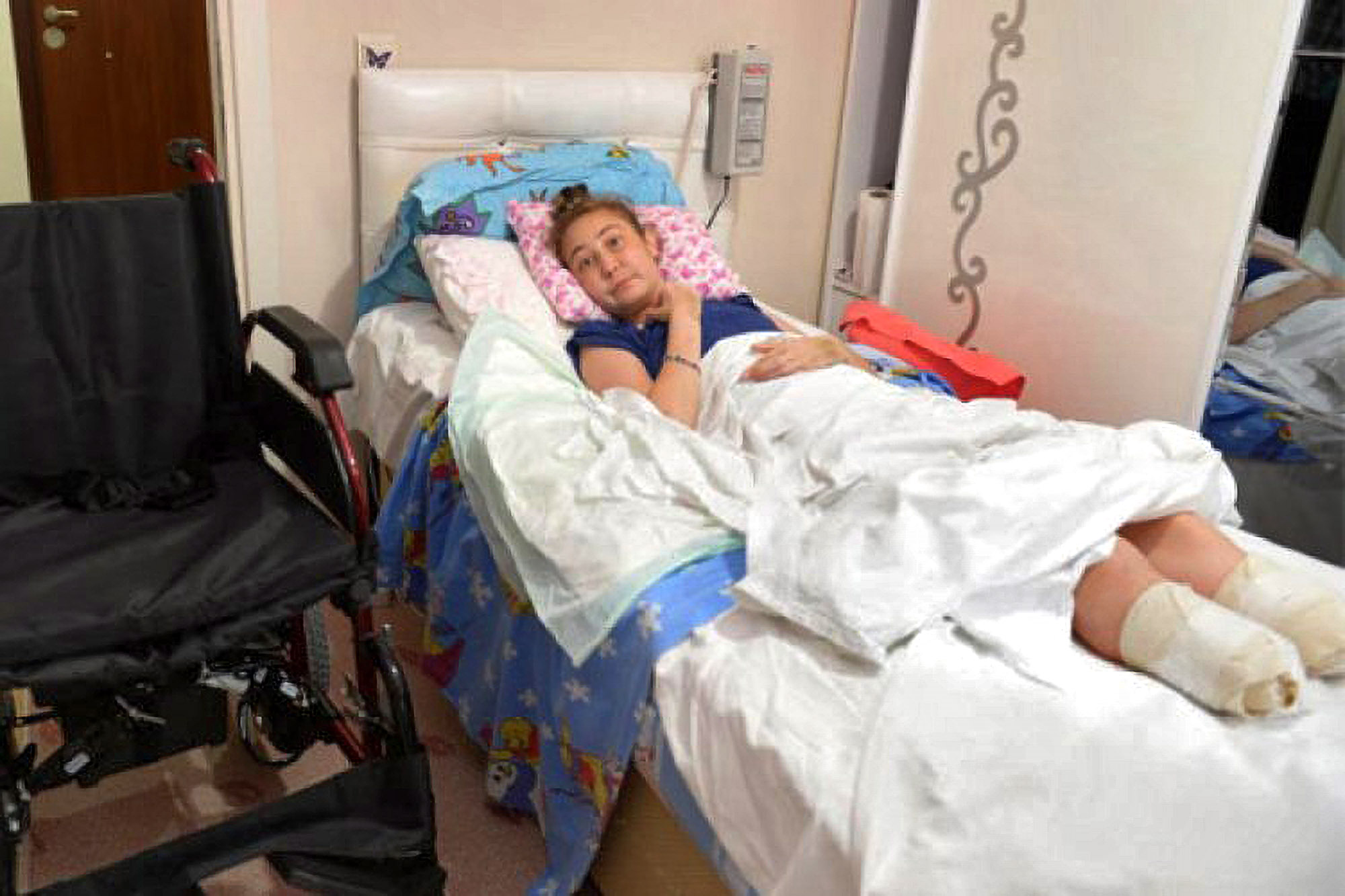 On June 9, 2014 her family were told they had no choice but to remove her lower legs if they were to save her life.

Ceklik has since filed a complaint and is seeking compensation of £99,928.

Hospital staff have remained adamant they are not to blame, claiming the blood poisoning was from eating chicken two weeks after the surgery and just before she was hospitalised.

Expert reports were requested by the court in preparation for a decision to be made in April next year.

Blood poisoning is not uncommon in patients who were recently hospitalised or had major surgeries, according to WebMD.

Symptoms include fevers, chills, nausea and vomiting, fatigue or weakness and severe pain.

Office administrator Lisa MacDonald, 47, flew to Turkey for a boob job fromthe Avrupamed clinic on Instagram, and died on the operating table – but only found out two weeks later in the UK.

She developed sepsis and had to have the implants removed, where medics found her ribs were "completely fractured" – a typical sign CPR has been performed.

A recent Channel 4 probe found many cut-price surgery firms in Turkey act as “agencies” for inexperienced or unqualified surgeons. 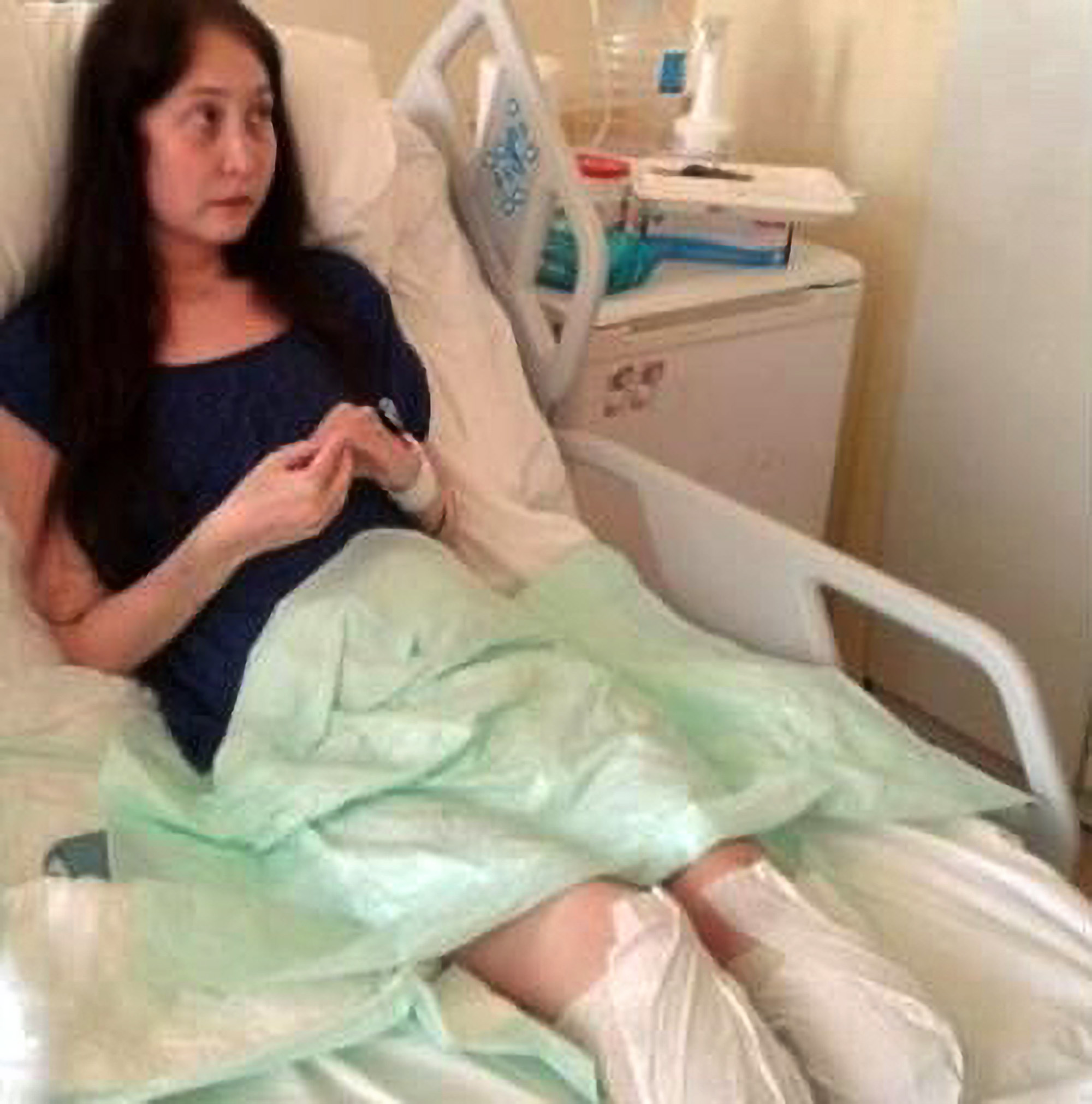 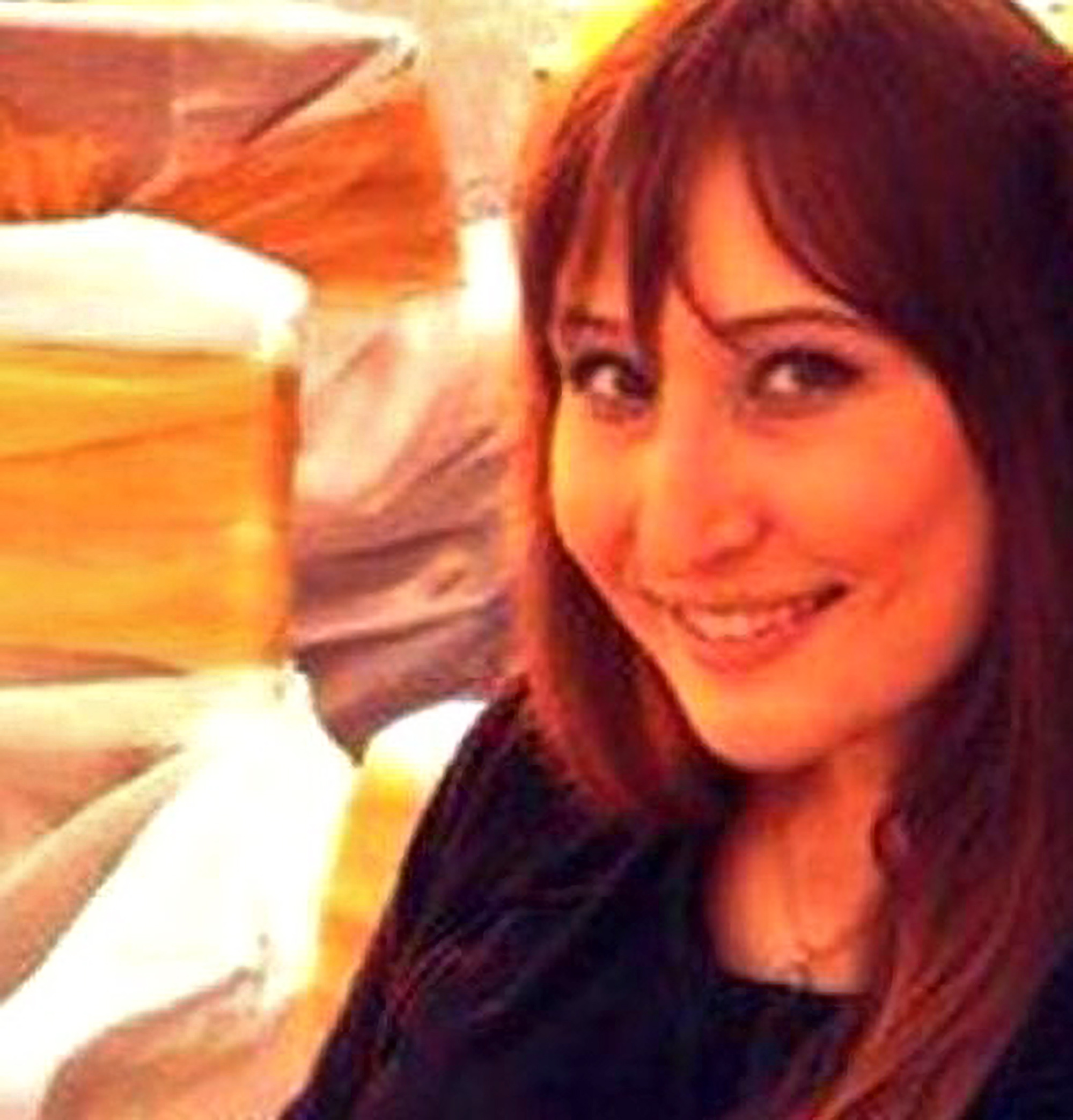 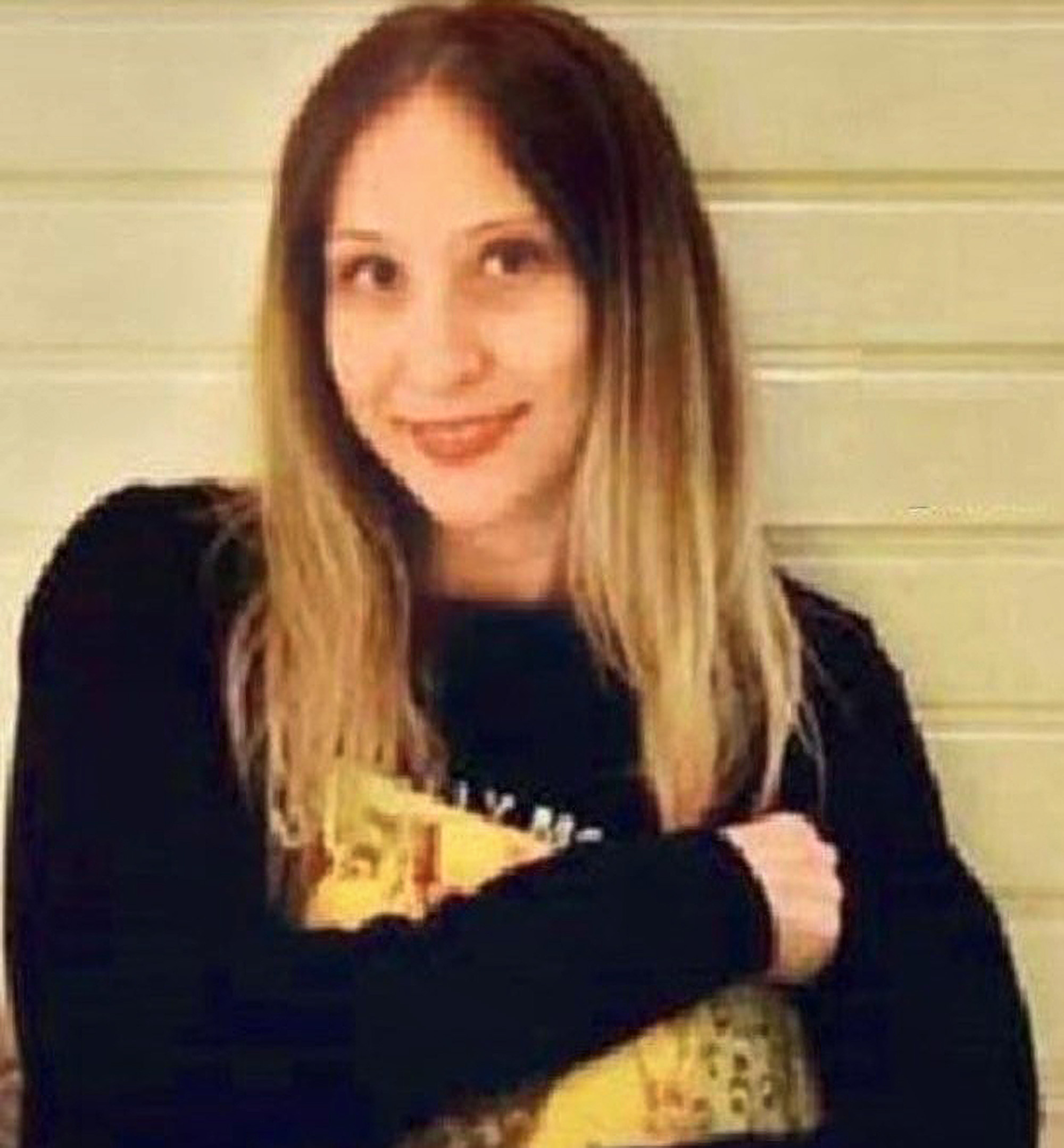