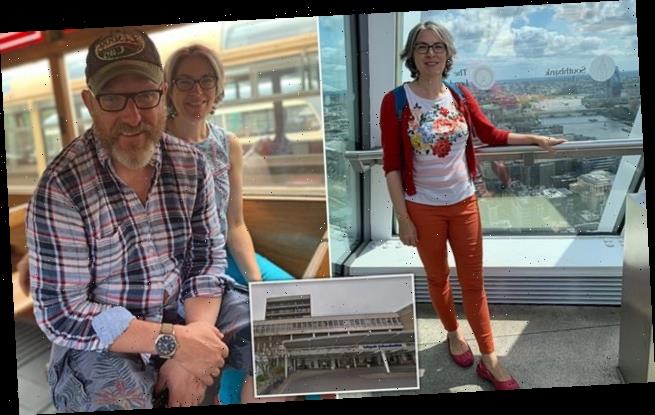 Cancer sufferer, 52, fears her children will be left motherless after her urgent surgery was cancelled because of Covid-19 pandemic

A cancer sufferer fears her young children could be left motherless after urgent surgery was cancelled because of the surge in Covid-19 hospital admissions.

Sarah Joel, 52, who has two sons aged 11 and six, was left inconsolable after getting a call just days before an operation to treat her stage four cancer.

Doctors had classified the surgery at Addenbrooke’s Hospital in Cambridge as ‘Priority 2’ on December 3, which means it should be carried out within four weeks.

Mrs Joel, an associate editor from Norwich, said: ‘When you have treatment dates whipped away from you, it is devastating because you know your situation is getting worse and you don’t know when you will get the attention you need.

‘I was told in November that the treatment is curative but obviously the longer this goes on the more the cancer can potentially spread. I might be moving into the non-curable.’ 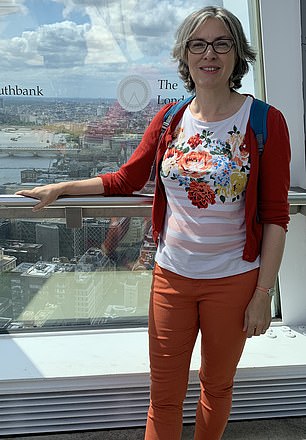 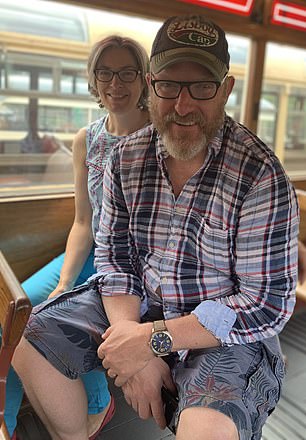 Two-thirds of cancer operations face cancellation in London and chemotherapy is being postponed, campaigners warn.

Experts say the mass disruption to treatment could cost thousands of lives and cancer patients will become ‘collateral damage’ of the pandemic.

At one major London hospital, cancer operating lists will be cut to one third of their usual number from next week, said campaign group Catch Up With Cancer.

Staff who usually work on cancer wards have been diverted to Covid units and many theatres that would have been used for cancer operations have been earmarked to provide coronavirus beds.

Professor Pat Price, founder of Catch Up With Cancer, said: ‘This is a truly terrifying scenario and the biggest cancer crisis I have seen in my 30-year career.’

She added: ‘My biggest overwhelming fear is that my kids will be motherless.’

Mrs Joel received a letter from the hospital, which said the cancellation was due to ‘increasing pressure on the NHS caused by Covid-19’.

It said the local trust had to prepare to ensure ‘maximum possible inpatient and critical care capacity is available’ in order to respond to ‘this rising demand’.

The letter added that Mrs Joel’s operation – as well as many others – had been cancelled for one month at least and that she was on a waiting list.

Mrs Joel has faced delays at every step of her cancer, which was diagnosed in June – three months after she first went to her GP with symptoms.

‘Having cancer in this pandemic is extremely frightening.

‘I feel like it has impacted on my cancer so much,’ she said.

‘I just couldn’t access anyone to diagnose me, it took weeks and weeks.’

After being diagnosed with stage 3 bowel cancer, she underwent chemotherapy and radiotherapy to shrink the tumour before surgery.

But in November, a scan revealed it had spread to her liver – meaning the cancer is now classed as stage 4 – and it was decided the bowel surgery would be put on hold in order to remove the new lesion.

Although the liver operation has been cancelled, Norwich and Norfolk University Hospital will go ahead with the bowel surgery on January 28. 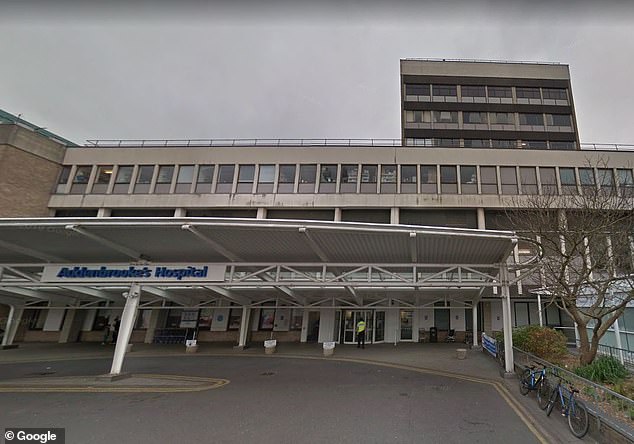 The trust at Addenbrooke’s Hospital, Cambridge, said it had to prepare to ensure ‘maximum possible inpatient and critical care capacity is available’ to respond to ‘the rising demand’

But Mrs Joel is terrified that it will also be cancelled as she watches Covid numbers rise daily.

Genevieve Edwards, chief executive at Bowel Cancer UK, says: ‘We know many people, like Sarah, have seen their bowel cancer treatment postponed or cancelled due to the Covid-19 crisis, and they heartbreakingly risk suffering worse outcomes as a direct result.’

A Cambridge University Hospitals spokesman said: ‘Mrs Joel is having treatment and is due to start her cancer surgery at a different hospital before the end of the month. When she has recovered, her surgery at CUH will be arranged.’