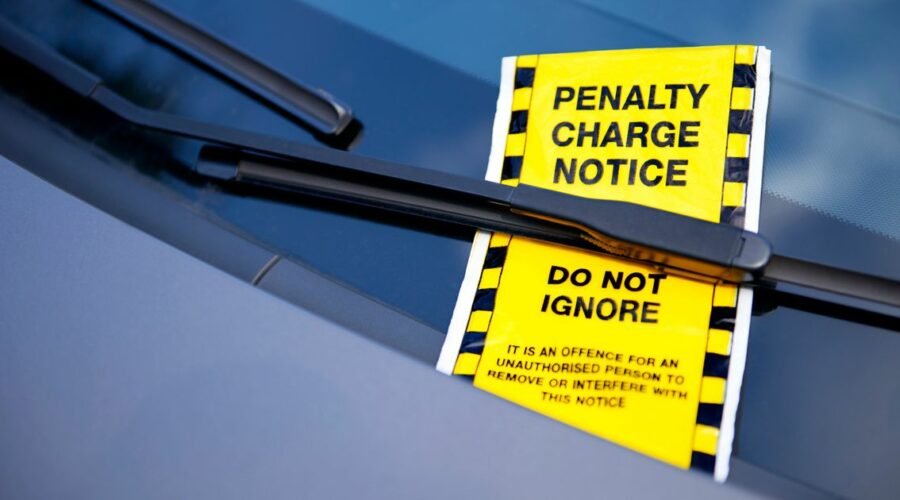 An angry and disgusted woman has been charged £170 for parking in her own car park.

Donna Hefferon, 40, who lives in an apartment at Marsland House in Stockport has a residents parking permit to park outside her home where she lives with wife Lisa.

The couple have been there for more than 12 months, and have never had parking issues before.

However, she was given a ticket when her laminated parking permit had dropped down the windscreen and was not seen clearly by a parking attendant.

The incident happened on November 13, 2021, the Manchester Evening News reports.

She argued the ticket with Johnnie Johnson Housing Community.

But she was told that the time to appeal had run out, and she was being perused with a County Court Judgement.

She received a debt recovery letter, which states: “The vehicle was parked on the site but no valid permit was clearly displayed and a PCN was correctly and legitimately issued as a result.”

However, Donna hit back and said: “We live in a gated community and have a fob that opens the gates for the cars to enter – I have had my permit displayed in my windscreen.

“The laminated permit had dropped down the windscreen and wasn't entirely visible but could still be seen.

“I pay a service charge for the upkeep of the area and the gardens and it is in our tenancy agreement that we can park.

“I am quite disgusted about it now, it's going to affect my credit rating if I get a CCJ.

“I have disputed it but it is putting pressure on my marriage.”

However, it now appears that the ticket has been cancelled.

A spokesman for JJHC confirmed that the matter was now “closed” and they apologised for “any stress or “inconvenience this may have caused Donna Hefferon and can confirm there is no longer an outstanding fine”.