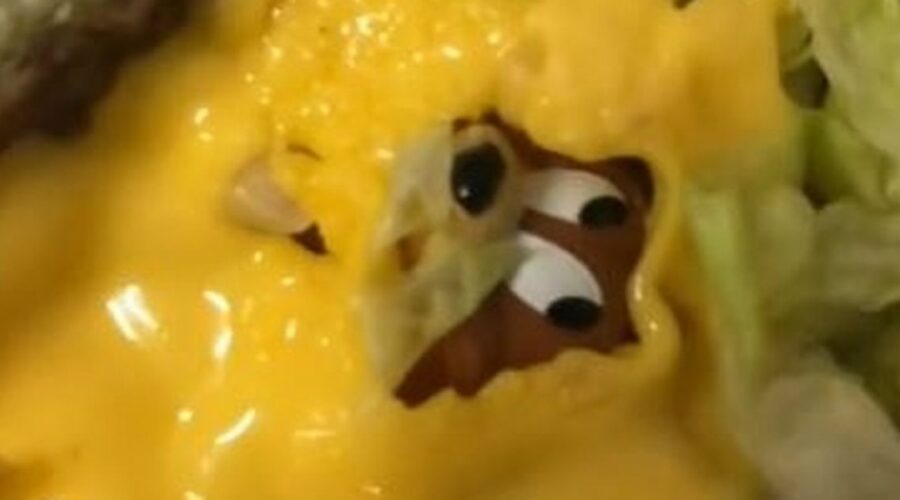 A shocked woman has claimed she found a McDonald's Happy Meal toy inside her Big Mac burger.

Stephanie Baker had just sat down and was about to start eating her Big Mac when she spotted a toy Jerry, from the well-known cartoon Tom and Jerry, in the cheese.

The 25-year-old claims she had bought the burger from her local McDonald's in Victoria, Australia and was having to fix it up as it was in a messy state.

The community centre worker then took to TikTok to share what had happened and her video blew up, being watched more than 1.7m times.

Stephanie said she was a bit mad at first because she thought that it was "gross".

She said: “I was fixing the burger up because the layers were all over the place when I first saw the toy.

“I was thinking I needed to find my phone to film and take photos for proof before I touched it.

“Because I knew as soon as I saw the eyes that it was obviously a happy meal toy.

“I was a bit mad at first because that’s gross and I didn’t know how it got in there.

“I filmed the video, took some pictures, then showed my mother and two brothers, they laughed and thought I was joking and that I had done it.

"They then laughed at the video, because the face through the cheese was pretty funny.

"I didn’t go back to the McDonald’s because I was a bit worried they wouldn’t believe me and I have a lot of anxiety when I have to speak to people face to face so I just gave the burger to my dog, minus the toy, and posted the video.

“The response online was funny at first but a lot of people on TikTok can be quite blunt and nasty.

“So quite a few people have claimed I did it on purpose but most just laughed and found it pretty funny.

"McDonald’s reached out to me from the Tiktok video and told me to get in contact with them."