A WOMAN who was pictured being arrested at a vigil for Sarah Everard has revealed that "cops and their wives" send her "hostile sexual comments".

Patsy Stevenson, 28, said she receives "nasty" and abusive messages on social media – some of which are from "police officers themselves" and their partners. 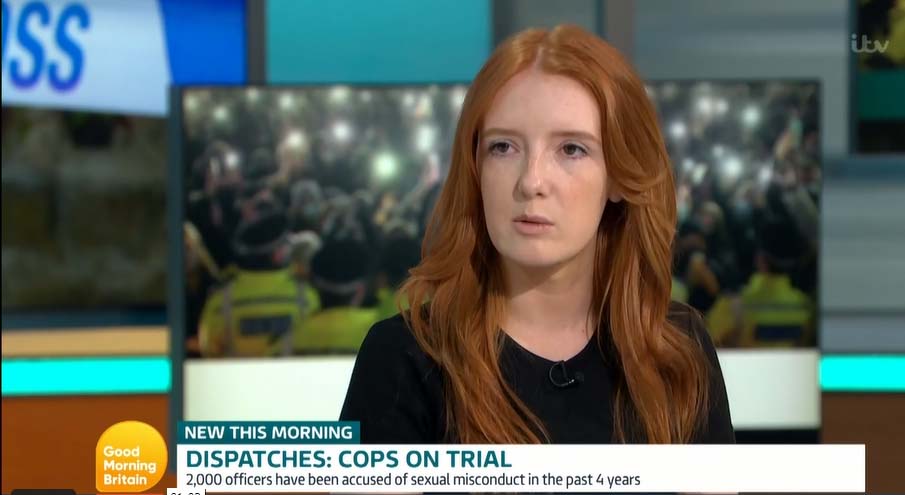 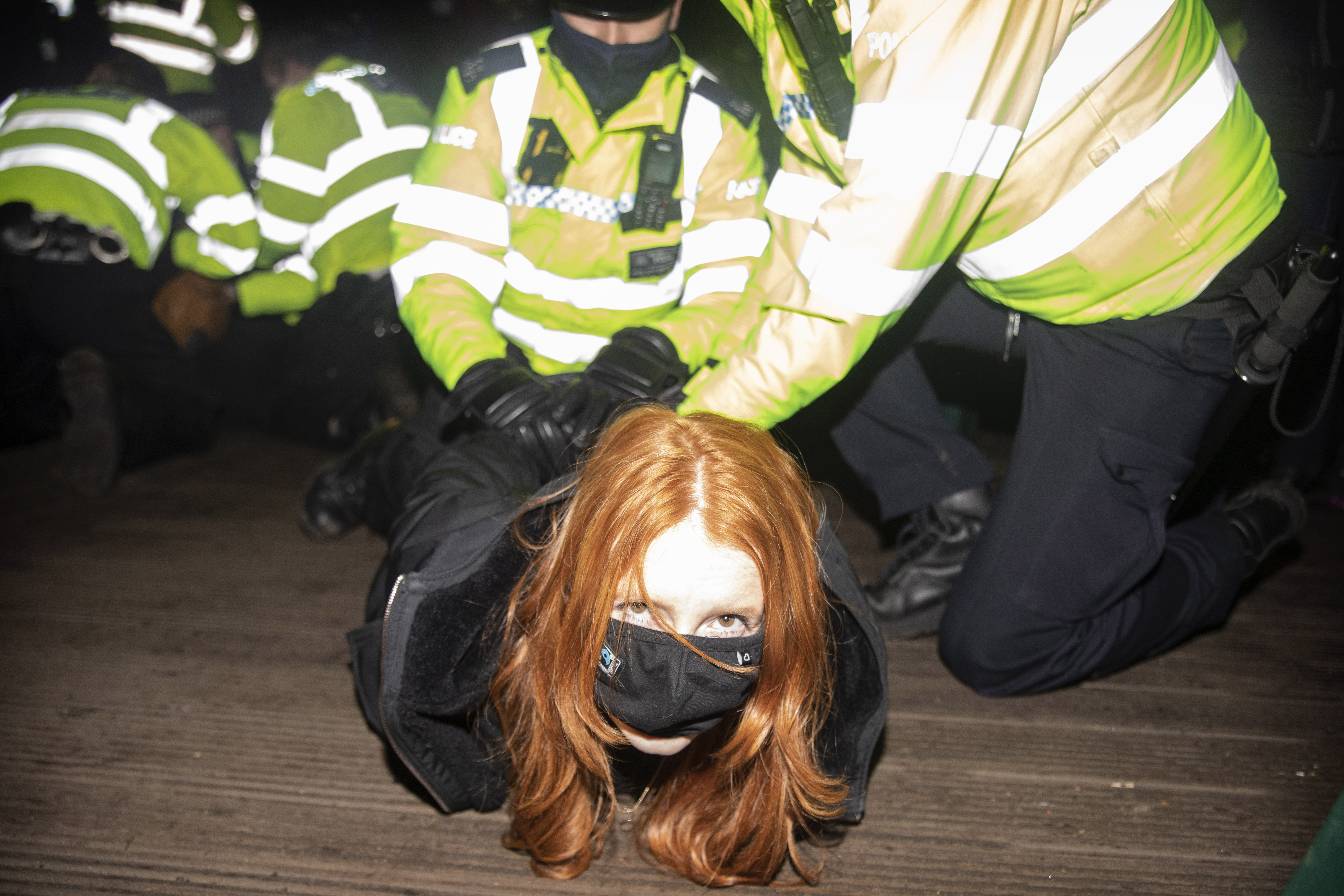 The police reform activist was handcuffed at the vigil for Sarah – who was viciously murdered by Met police officer Wayne Couzens – in March.

Patsy told Good Morning Britain presenters Richard Madely and Susanna Reid that she has since been approached by "multiple" men on dating app Tinder who claim to be police officers.

But she said the messages – which she believes are "suspicious" and potentially "intimidation" – aren't the worst of it.

Patsy said: "I think there are things that make me feel worse, like the messages I receive and the comments on social media.

When Richard asked if they could be called "hostile sexual comments", Patsy replied: "Some of them, yes."

She said she only reported the "most extreme" comment – a death threat, adding that she's not sure if it came from a police officer.

Patsy was joined on This Morning by journalist Ellie Flynn.

Ellie is behind a new documentary set to air on Channel 4’s Dispatches tonight exposing the shocking scale of police sexual misconduct across the UK.

Through Freedom of Information requests, the documentary reveals 1,980 officers, special constables and PCSOs have been accused of sexual misconduct at 39 forces in the past four years.

Of those, more than 370 were allegations of sexual assault, 95 were reports of rape and 18 were accusations of child sex offences.

The documentary also found almost 250 cases of officers abusing their position for sexual purposes, or to start relationships with vulnerable victims of crime.

Hundreds attended the vigil on Clapham Common in South London following the death of Ms Everard, who was murdered by Met officer Wayne Couzens after he abducted her while she was walking home.

The event had been cancelled after cops said it would be illegal under lockdown restrictions and tensions boiled over into arrests.

Patsy earlier said she had also become the focus of internet conspiracies since her arrest and "can't count the amount of death threats I've had".

She said people had claimed she was a "crisis actor" paid to attend the vigil and get arrested to legitimise attacks on the police.

Some vile trolls have even threatened to kidnap her.

Patsy said the police needed to start "taking accountability" for officers' actions and the Met's advice that women should flag down a bus if they have concerns when stopped by an officer was "part of the problem". 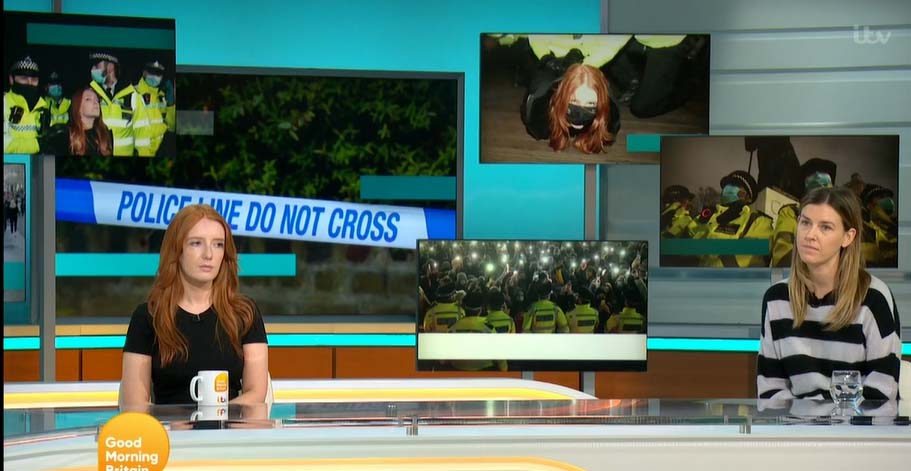 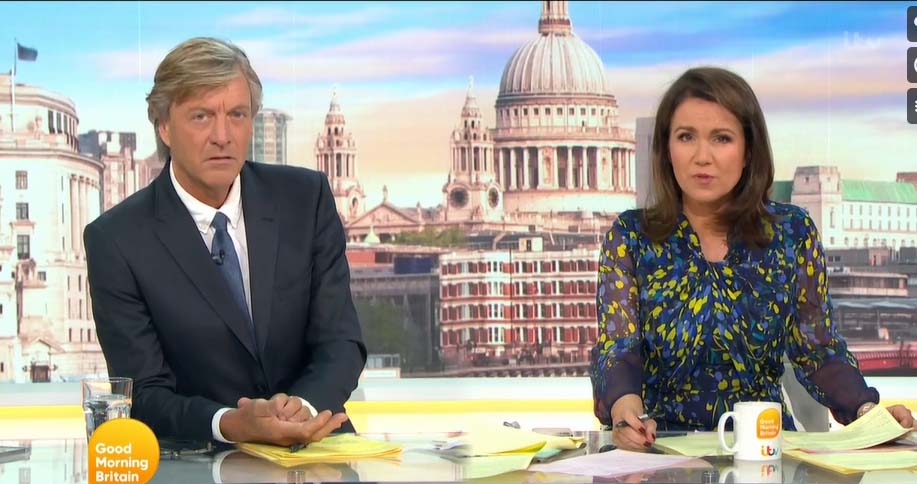