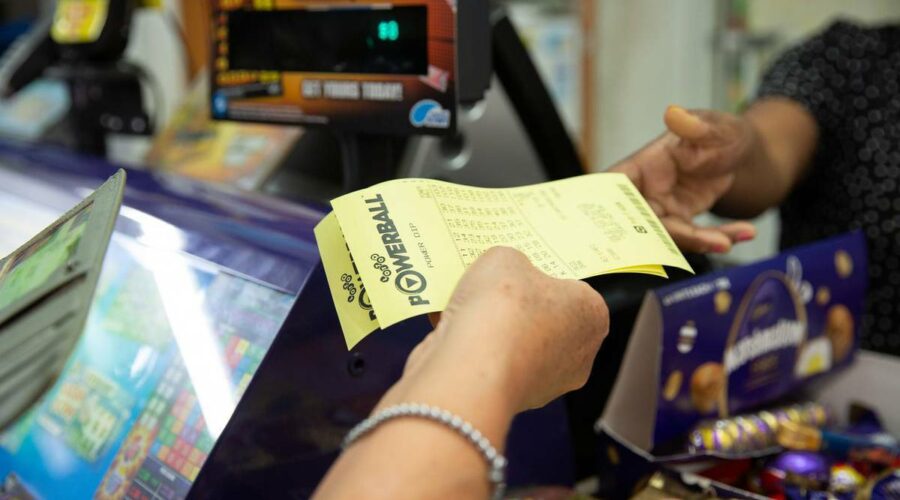 A New Plymouth Lotto player who scooped up $13 million has been left in disbelief by the “life-changing” amount of money they’ve acquired.

Late last month, owner of New World Merrilands Luke Stock was buzzing after his store sold the winning $13m ticket – saying the atmosphere in the shop was amazing as they waited for the winner to claim their prize.

Now, the winner has come forward – saying they feel “very, very lucky” about the money which is going to make a “world of difference”.

The New Plymouth resident found out they had won while at the supermarket picking up groceries last week.

“I had a couple of tickets to check, so handed them to the lady at the Lotto counter.

“When she put this ticket through, I heard the winning music play and looked at the woman, who very discreetly handed me a slip of paper with $13,000,000 printed on it.

“I couldn’t believe it – my eyes were so blurry with tears that I couldn’t read the number properly.”

Initially, they thought they had won $13,000 and it took a while for the reality of how much they had actually won to sink in.

“I truly couldn’t believe what I was seeing – even now it’s still hard to believe.”

The first thing they did after realising they had won was call a relative.

“They could hardly believe it either.

“I’m going to make the most of my winnings and use them to set myself and my family up for the future. It’s going to make a world of difference – we feel very, very lucky.

“I’ve just told a few close family members – everyone has been blown away, we are still getting our heads around it.

“It’s such a life-changing prize and we are all so excited about what’s ahead for us as a family.”

Other Powerball wins in 2021