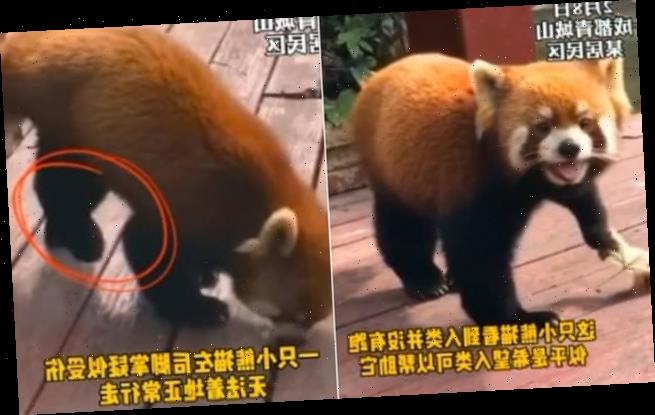 Love hurts! Wild red panda limps into a Chinese neighbourhood ‘for help’ after ‘getting injured while fighting over a female partner’

Footage of a red panda limping into a residential compound in China has emerged on social media.

The male animal, seemingly injured in its left hind leg, was looking for help at a neighbourhood in south-western China yesterday, eyewitnesses claimed.

Experts suspected that the fluffy creature, believed to be wild, had been injured while fighting over the right to mate with a female partner. It is now in a shelter under medical care. 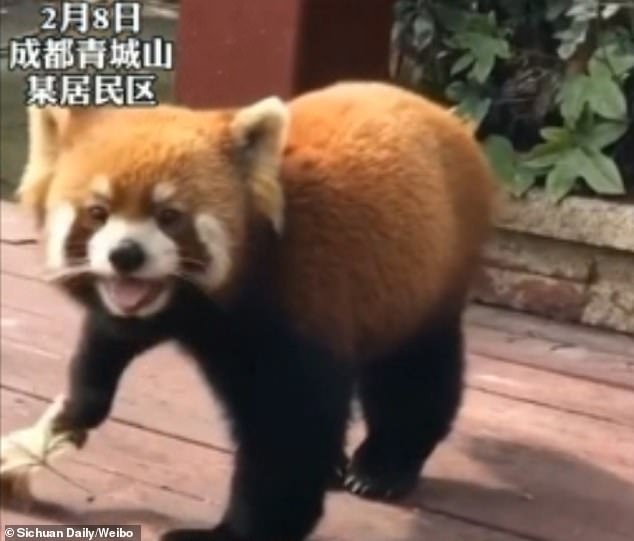 The red panda was spotted in a residential compound near the Qincheng Mountain in Sichuan Province at around 2pm on Monday. The creature seemed to have injuries on its left hind leg 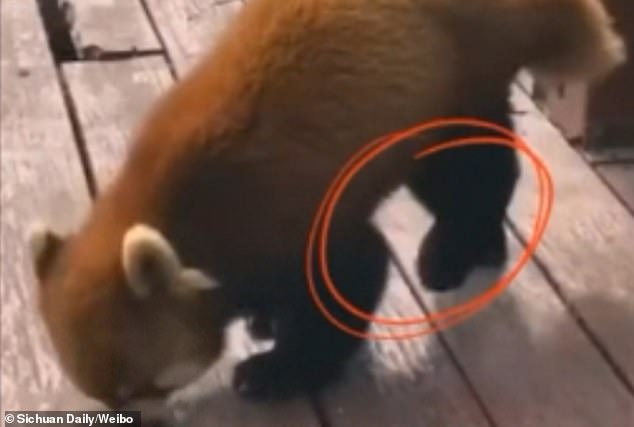 The residents thought that the bushy-tailed animal had limped into their neighbourhood to look for help. But experts said it was more likely to be looking for safety out of desperation

The news came to light after an eyewitness sent the footage to local newspaper Sichuan Daily.

The resident, known as Xiang Yixian, claimed the red panda walked into the community near the Qincheng Mountain in Sichuan Province at around 2pm on Monday.

Curious onlookers soon gathered around to observe the bamboo-eating mammal when it stood on a bridge, Xiang stated. 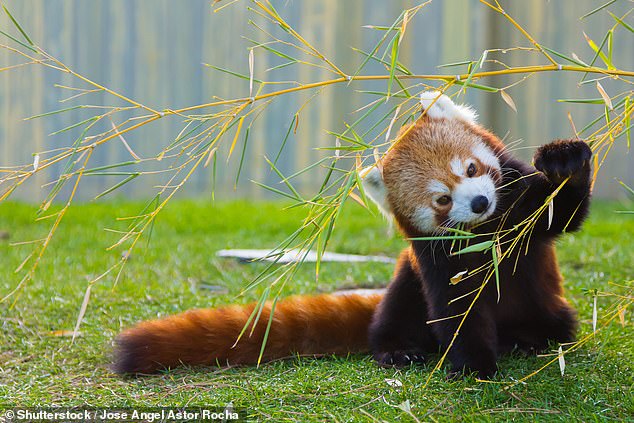 Staff from a nearby breeding centre of giant pandas told the reporters that the red panda was not theirs. They believed that it came from the wild.

Experts speculated that the bushy-tailed animal had been wounded while fighting other male red pandas over a female mate. But they said it was also possible that other animal species had attacked it.

Contrary to what the locals thought, the red panda was probably not asking them for help, according to an authority.

An official from the Provincial Forestry and Grassland Administration of Sichuan explained that it was more likely that it arrived in the area while looking for safety out of desperation.

Workers from the local wild animal protection centre took the red panda to their shelter for medical assistance and further care. 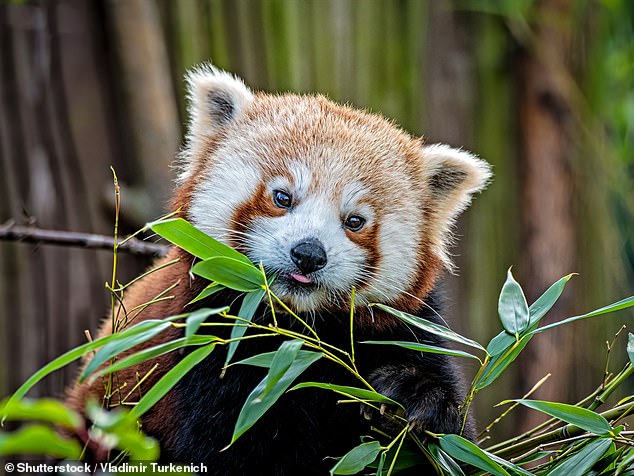 The red panda is classified as an ‘endangered’ animal species by wildlife conservation organisation WWF. It is also a national second-class protected species in China.

Slightly larger than a domestic cat in size, they are two feet long on average and described as skilful and acrobatic animals that predominantly stay in trees.

Like giant pandas, red pandas live in high-altitude forests where bamboo grows, particularly in the Himalayas and central China.

But different from the black-and-white bears, they eat a lot of other things, such as fruit, acorns, roots, and eggs

Although the two species share the same name, they are not closely related.