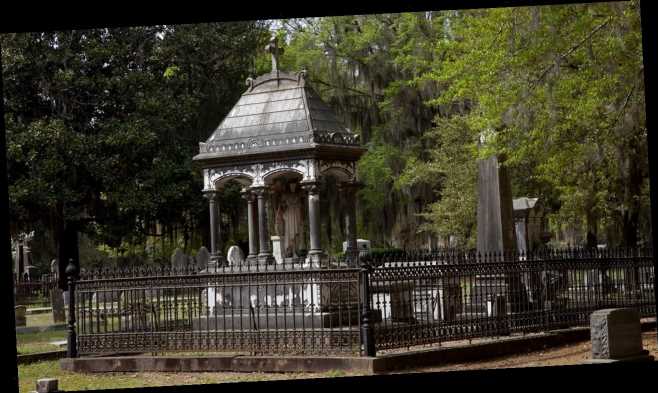 A group calling itself “White Lies Matter” has stolen a Jefferson Davis monument and threatened to turn it into a toilet unless the United Daughters of the Confederacy agrees to hang an Assata Shakur quote on a banner from its Virginia headquarters.

The missing monument is a stone chair that was stolen from the Old Live Oak Cemetery in Selma, Alabama last month. It was initially dedicated in 1893, four years after Davis’ death. In life, the former Confederate president had visited Selma at least twice, in 1863 and 1871.

The purported thieves sent out a late 1800s-style poster to local media demanding the UDC hang its banner on Friday, the anniversary of the Confederacy’s surrender.

“It is safe and stored in a secure location,” the note reads. “We have every intention of returning it unharmed, hell, we’ll even clean it up for you.” The activists also included a photoshopped image of the chair with a hole broken into the middle.

The banner, which reads “The rulers of this country have always considered their property more important than our lives,” has already been sent to the UDC, according to AL.com, which received one of the initial emails.

Shakur, a member of the Black Liberation Army, was convicted of murder in the death of New Jersey state trooper Werner Foerster in the 1970s. She escaped from prison and has been living in asylum in Cuba for decades. 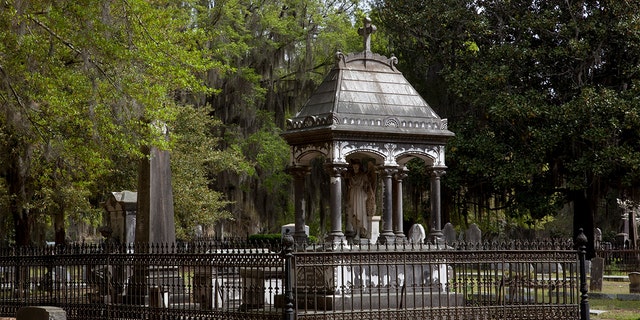 The missing monument is a stone chair that was stolen from the Old Live Oak Cemetery in Selma, Alabama last month. (Carol M. Highsmith/Buyenlarge/Getty Images)

“William Shakespeare could not have written this story,” said Michael Jackson, the Dallas County district attorney.

He called it a strange case and said whoever is responsible for the heist will face a felony theft charge and possibly another for extortion. If the monument is damaged, they would face additional charges of criminal mischief.

“The cemetery that it was stolen out of is where most of the Confederate soldiers from Selma are buried, and it contains several Civil War relics,” Jackson told Fox News Tuesday. “The chair is valued at $500,000.”

The UDC, headquartered in the former Confederate capital of Richmond, Va., did not immediately respond to a Fox News request for comment.

Davis is buried at the city’s Hollywood Cemetery.

06/04/2021 World News Comments Off on 'White Lies Matter' group says it stole Jefferson Davis chair, will turn it into toilet unless demands are met
Markets