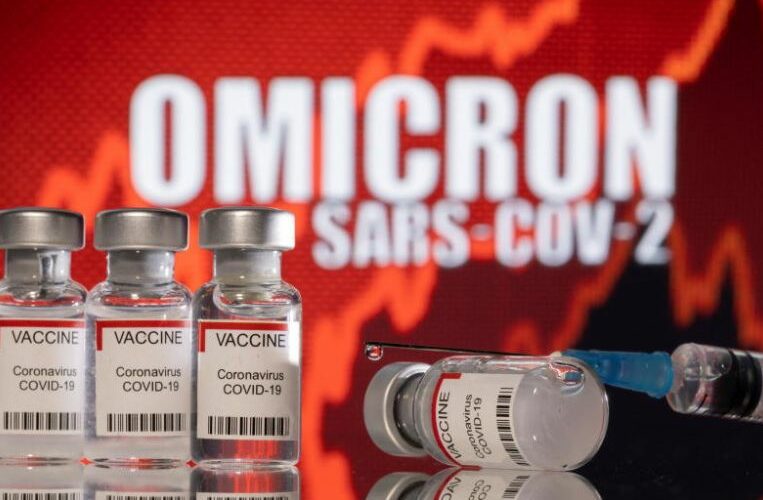 The Delta variant, first identified in India earlier this year, is responsible for most of the world’s coronavirus infections.

But South Africa’s discovery of Omicron – which has a large number of mutations – last month prompted countries around the world to impose travel bans on southern African countries and reintroduce domestic restrictions to slow its spread.

Boosters are vital given that vaccine protection is reduced with Omicron.PHOTO: AFP

UK Prime Minister Boris Johnson on Sunday (Dec 12) warned of a looming “tidal wave” of Omicron, and brought forward a target to give over-18s a booster jab by one month to the end of December.

“No-one should be in any doubt: there is a tidal wave of Omicron coming,” he said in a televised address, after the country’s medical advisers raised the Covid Alert Level due to a “rapid increase” in infection from the variant.

Johnson, under pressure because of claims he and staff flouted Covid restrictions last Christmas, called the spread of the mutation “an emergency”, as Omicron was doubling every two to three days.

Amazon driver died in bathroom sheltering from tornado with colleagues

The plant in Edwardsville, Illinois, buckled under the force of the devastating tornado. PHOTO: AFP

Amazon cargo driver Austin J. McEwen, 26, was an only child who loved to listen to rapper Mac Miller and hunt with his friends.

He died trying to shelter from a powerful tornado in the bathroom at an Amazon.com warehouse on Friday (Dec 10) night, according to a coworker.

McEwen was one of six workers identified by police on Sunday who were killed when their plant in Edwardsville, Illinois, buckled under the force of the devastating tornado. A swath of tornadoes ripped through six US states, leaving a trail of death and destruction at homes and businesses stretching more than 200 miles (322 km).

Manchester United suffered an outbreak of Covid-19 among players and staff on Sunday (Dec 12), jeopardising their next Premier League game against Brentford.

United, who won 1-0 at Norwich City on Saturday, are due to travel to Brentford on Tuesday.

Website The Athletic reported that a small number of players and staff had returned positive lateral flow tests on Sunday morning and were sent home before the team’s training session, with the Premier League notified about the situation.

Lewis Hamilton was gracious in defeat after Red Bull rival Max Verstappen ended the Briton’s quest for an unprecedented eighth Formula One title with a safety-car aided, last-lap pass for championship glory at the season-ending Abu Dhabi Grand Prix on Sunday (Dec 12).

The 36-year-old, who started second alongside pole-sitter Verstappen, appeared to have the race well under control after seizing the lead into the first corner and escaping sanction for staying ahead by taking to the run-off in an opening-lap battle with his Red Bull rival.

But a safety car five laps from the end, that handed Verstappen the opportunity to pit for fresh tyres, turned the race on its head and put an end to Hamilton’s hopes of becoming the first driver to win eight world championships.

12/12/2021 World News Comments Off on While You Were Sleeping: 5 stories you might have missed, Dec 13
Markets