“You’re loved. You’re supported. We have so much love for you, and all we would like is for you to be safe.”

That is what Bienvenue Manirakiza would say if his brother, Eimable, were to call him after having been missing for five weeks. 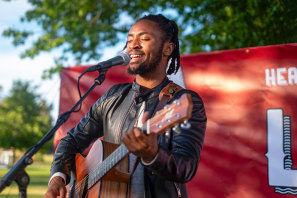 Missing: Eimable Manirakiza was last seen in Werribee in June 23.

“We’re super-close; we talk about everything with each other,” said Bienvenue, 22, of Werribee.

It makes the disappearance more confounding for the large family – Eimable is the oldest of eight siblings, of whom the youngest, Nicholas, is 10 months old.

Bienvenue believes that Eimable, 24, of Point Cook in Melbourne’s west, “wasn’t himself” when last seen in a very anxious state in a park in Werribee, and says his brother may be trying to resolve his problems alone.

At the start of National Missing Persons Week, the Manirakiza family are experiencing the pain of not knowing what has happened to their loved one, a feeling shared by the families of more than 40,000 Australians who go missing every year. 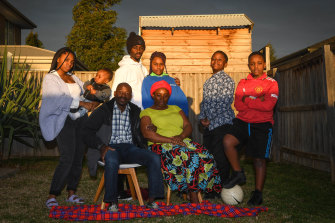 Eimable Manirakiza, 24, has been missing for over a month. TheManirakiza family are waiting in hope. From left: Harmony, Nicholas, Dismas, Bienvenue, Deborah, Benine, Joshua and Brighton.Credit:Justin McManus

The Missing Persons Advocacy Network is campaigning to lift the profile of National Missing Persons Week by petitioning for it to be part of the federal government’s official calendar.

Eimable was born in Tanzania in East Africa to parents from war-torn Burundi. The family migrated to Australia in 2004.

Eimable – pronounced eh-mar-blay – is a musician and music producer who recently worked as a kitchenhand in a Japanese restaurant in the city. He was last seen at O’Keeffe Reserve in Werribee about 1.30pm on Wednesday, June 23.

The night before, Bienvenue went to Eimable’s share house in Point Cook after housemates said Eimable had been depressed and hadn’t been communicating, eating or sleeping well.

Bienvenue said Eimable was so anxious that he was “almost in a panic state”.

The next day, Bienvenue drove Eimable to the family house in Weemala Grove, Werribee, but as their mother, Benine, called an ambulance, Eimable walked 500 metres to Gordon O’Keeffe Reserve.

As Bienvenue was hailing the ambulance, Eimable walked over a hill in the park. Bienvenue said that when he followed, Eimable was “nowhere to be seen”.

Friends and relatives have since combed the streets and homeless shelters, handing out flyers, and posting on social media.

Bienvenue said his mother was trying to stay positive. “But I can see it’s very tough for her. You can see that she’s in a lot of pain,” he said. 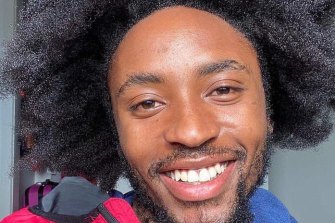 Missing: Eimable Manirakiza was last seen in Werribee in June 23.

“It hasn’t been easy, but we just try to be there for each other as much as possible.”

Bienvenue said his brother – whose name derives from the French word for friendly, “aimable” – thought of others before himself.

“He’s a people person,” he said. “He’s one of those people that could almost get along with anybody.“

Bienvenue said it was hard “not having an exact understanding of what could have happened to him. He may want to be closed off to people and deal with the situation himself.”

“I’d say to him, ‘Whatever you’re going through, you’re not alone. There are thousands of people who care for you and care about you, because of the love that you give to other people. We’re here to support you.’”

Benine said: “Please come home my son. I love you so much, and we all do. We just want you to be safe.”

Anyone who sees Eimable should ring 000 or send information to www.crimestoppersvic.com.au or 1800 333 000.

01/08/2021 World News Comments Off on Where is Eimable? A family’s agonising wait
Markets