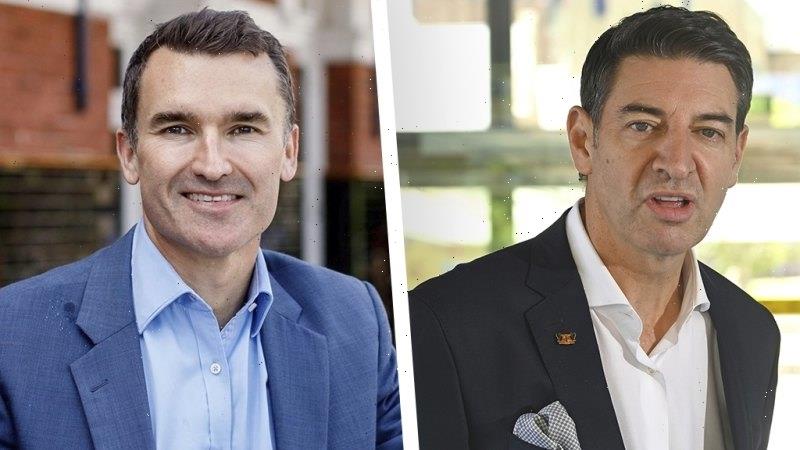 Homelessness Minister John Carey would support a not-for-profit to challenge a City of Perth decision to stop its Northbridge drop-in centre moving just 200 metres, he says.

The council’s move to stop Ruah Community Services’ centre relocating from its current home to around the corner has raised questions about where CBD planning rules allow homelessness programs, with possible wide-reaching ramifications for the sector. 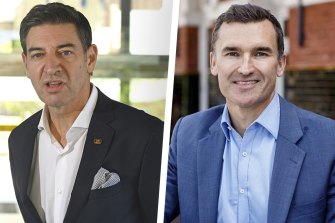 City of Perth Lord Mayor Basil Zempilas and Homelessness Minister John Carey are not seeing eye-to-eye on the shifting of a drop-in centre 200 metres down the road in Northbridge.

Carey has accused the city of talking the talk but not walking the walk on addressing homelessness just two years on from a local government election in which the issue was a prominent talking point.

Ruah runs one of two drop-in centres in the CBD for people experiencing homelessness – there are an estimated 700 in the greater metropolitan area – to rest during weekdays. They also provide drug and alcohol, legal, health and mental health services. They see about 120 clients each day.

The organisation wants to move its drop-in centre from Shenton Street, across the road from Russell Square, to James Street, next to the Northbridge police station, to make way for a $15 million seven-storey facility for women and children escaping family and domestic violence it will also run.

The new women and children’s facility is due to start construction at Shenton Street in the next few months but now Ruah, which also runs the City of Perth-funded women’s overnight safe space, is uncertain over where it will locate its drop-in services, which have been at Shenton Street since 1959.

Last week, the City of Perth council voted unanimously to knock back Ruah’s proposed move to James Street, where it had found a willing landlord to give it a lease, because of resident and business owner concerns about personal safety and antisocial behaviour.

The application was filed in February and set to be green-lit by the administration without elected member input, but after 64 objections were registered, three councillors elevated the matter to be decided at a council meeting.

The city staff believed there was no appropriate planning reason for refusing the application given community centres are encouraged for the area under the planning framework.

Several objectors and councillors argued for a different interpretation.

At an earlier council meeting, a representative for several neighbouring properties, Nik Hidding, said the relocation of the drop-in centre had one of his clients reconsidering their development of a 16-level mixed-use building a few doors down.

He said under the local planning scheme a community centre was supposed to be for the “primary” benefit of people who lived or worked in the surrounding locality.

Rosanna Ciccotosto owns two commercial units near the proposed drop-in centre and in the same meeting said her tenants had told her they would not renew their lease if Ruah opened across the road.

“What is this all going to mean for the future of Northbridge?” she said.

“Just because parts of Northbridge looks like a ghetto, just because businesses are leaving in droves because they have lost their appetite in dealing with lawlessness and loitering, should we just allow Ruah to move into James Street because it’s already around the corner, regardless of the negative impact it already presents?

“Or do we actually try to make Northbridge the entertainment district it used to be and can again?”

Several objectors believed it was the existence of the homelessness services that meant people sleeping rough gravitated to the west end of Northbridge and resulted in existing anti-social issues.

There were also concerns about where clients went outside the operating hours of 8.30am to 2pm.

Ruah chief executive Debra Zanella said it was incorrect and misleading to suggest people experiencing homelessness were coming into the city just because of its service centre.

Carey was more blunt, saying this idea was rubbish.

“Whether or not you have homeless services in the city, you will still have rough sleepers,” he said.

“Rough sleepers go to where there is activity and people because there is safety in numbers.”

But Perth councillor Brent Fleeton who put up the motion to block Ruah’s relocation is not convinced.

He told last week’s meeting that councillors should not take the staff opinion, that there were no planning grounds to block the move, at face value.

“It’s our job to ask questions. There are gray areas in planning,” Fleeton said.

“We’ve heard loud and clear from investors, residents, business owners and they’re saying … that approving this centre is not adding to the attractiveness of this destination, in fact it’s taking from it.

“We’ve also heard from female business owners that safety is a real concern.” 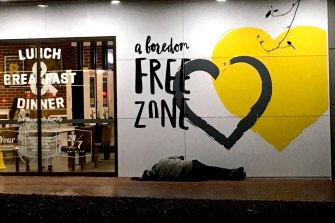 Fleeton’s motion relied on state regulations for local government planning schemes, which have a clause relating to issues councils can consider when deciding on development proposals.

The council staff said there were no reasons under the clause that could provide a reasonable basis to refuse the relocation, but Fleeton said the proposal did not address community concerns, would impact amenity and was inconsistent with the aims of the Northbridge precinct – to be a diverse inner-city precinct that was an attractive destination for tourists.

City of Perth planning and economic development general manager Dale Page told the council perceptions of anti-social behaviour would be difficult to justify in terms of planning refusal.

“Council’s position is already weak because they’ve gone against the planning advice of their own administration,” he said.

“If the matter does become before SAT I will be very pleased as the local member and Minister for Homelessness to provide support.

“If you can’t put a homelessness hub within 100 metres of a major police station … where do you put it?”

He said the council should have done a better job getting stakeholders around the table early for what was always going to be a contentious issue. 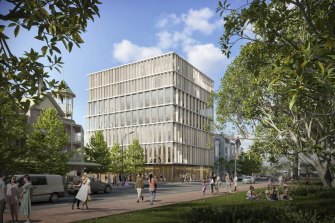 A concept image of the new facility for women and children escaping family and domestic violence on Shenton Street in Northbridge.Credit:Ruah

“The City of Perth has to get real, it has a moral responsibility as the planning authority and capital city to step up and resolve this issue,” Carey said.

There had been engagement between Ruah and the city around appropriate locations, but the not-for-profit decided to pursue the James Street property after an extensive search in the suburb for suitable facilities came up short.

Debra Zanella, the Ruah chief executive, will meet with the City of Perth administration this week to restart talks, even though the council decision does not mandate any further engagement.

She did not rule out a SAT appeal, and said regardless of the outcome the drop-in centre services would not stop even though its current home had to close for the women’s centre construction in July or August.

“That effectively is my question, if not here, where else and will you [City of Perth] help us find one?” Zanella said.

“Or are you saying to us there is nowhere in the city you would approve?”