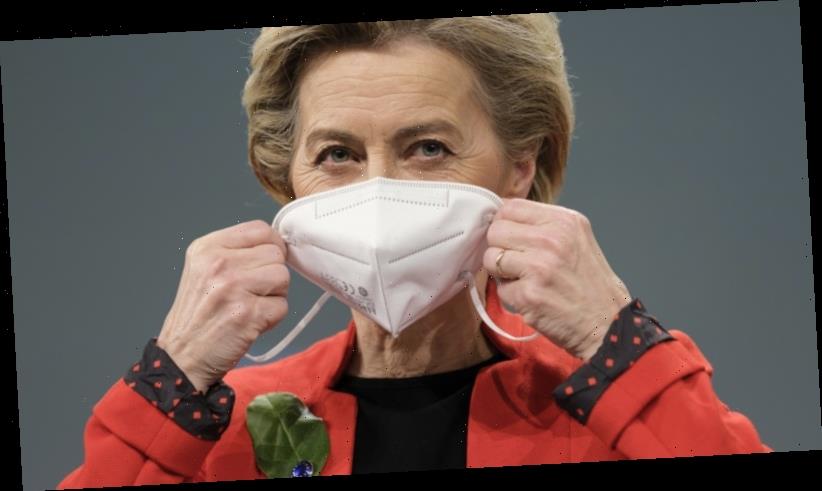 London: Europe has threatened to seize AstraZeneca factories and strip the pharmaceutical giant of its intellectual property rights in a fresh escalation of the bitter row over coronavirus vaccine exports.

European Commission President Ursula von der Leyen refused to rule out the dramatic interventions on Wednesday, warning “all options are on the table” to boost the number of doses available to the continent’s 450 million citizens. 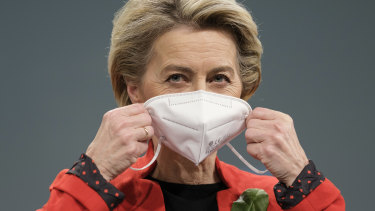 “We are in the crisis of the century,” she said.

“I’m not ruling out anything for now because we have to make sure that Europeans are vaccinated as soon as possible.

“Human lives, civil liberties and also the prosperity of our economy are dependent on the speed of vaccinations.”

Article 122 of the Treaty on the Functioning of the European Union allows authorities to invoke sweeping powers “if severe difficulties arise in the supply of certain products”.

The clause has only been used once before for the 1970s oil crisis. The pros and cons of invoking Article 122 will be discussed at a meeting of Europe’s leaders next week.

The bloc drew up separate laws in January to give itself the final say over whether COVID-19 vaccines manufactured on the continent can leave its territory. Officials have approved 314 exports and rejected just one – a shipment of 250,000 AstraZeneca doses to Australia.

Taking control of AstraZeneca’s plants would be highly controversial and at this stage remains unlikely. However, Europe’s decision to block vaccines bound for Australia shows it is prepared to take unorthodox action.

“It is normally the UK and EU who team up to reject when other countries with less democratic regimes than our own engage in that kind of brinkmanship,” he said.

A more likely option could be for the EU to strip the company of its intellectual property rights over the COVID-19 vaccine so that anyone could produce it.

Von der Leyen said she had no choice but to consider further action because AstraZeneca would only deliver 30 million doses during the first three months of the year compared to an expected 90 million.

Pfizer and Moderna had met their contractual commitments on supply during the first quarter and will deliver 200 million and 35 million doses respectively during the second, she said.

“As for AstraZeneca, unfortunately they will only deliver some 70 million doses,” von der Leyen said of the second quarter. “This is down from the 180 million doses that they are contractually committed to deliver.”

About 3.8 million of the 53.8 million Oxford-AstraZeneca doses expected to be rolled out in Australia were to be manufactured overseas but the dispute in Europe had put that supply in doubt.

Prime Minister Scott Morrison wants 1 million doses made in Europe and bound for Australia to be instead diverted to Papua New Guinea to help control that country’s worsening outbreak.

The European Commission will not block vaccine exports for low and middle income countries but it is unclear whether AstraZeneca will even have the 1 million doses available to send to PNG.

About 10 million Pfizer doses have been exported from Europe to the United Kingdom but no AstraZeenca jabs made in Britain have been sent to Europe.

She also said the need for “reciprocity” was urgent because Europe could see “the crest of a third wave” of infections forming.

“This is about making sure Europe gets its fair share,” she said.

Von der Leyen’s threats drew instant criticism from politicians in Britain who noted the EU was demanding more doses of AstraZeneca even though many EU members had suspended the jab over an unproven link to a small number of blood clots.

The European Medicines Agency will announce on Thursday whether there is any causal link between the jab and the cases but has so far said there is no evidence.

The World Health Organisation on Wednesday said thromboembolic events are known to occur frequently and venous thromboembolism is the third most common cardiovascular disease globally.

“At this time, WHO considers that the benefits of the AstraZeneca vaccine outweigh its risks and recommends that vaccinations continue,” it said.

17/03/2021 World News Comments Off on ‘We are in the crisis of the century’: Europe threatens to seize AstraZeneca factories
Markets